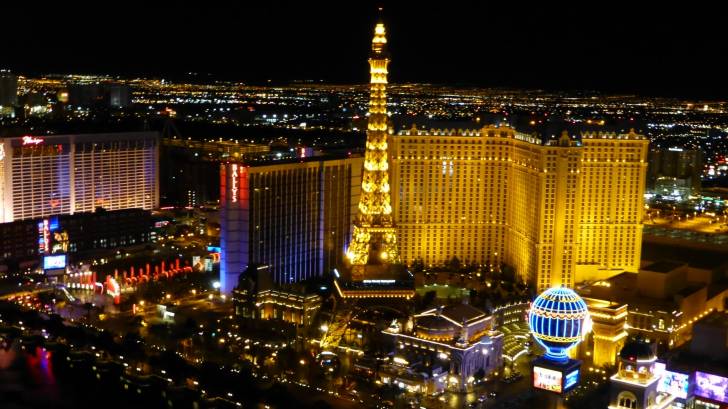 The West Nile virus has aggressively returned to the western United States, primarily within a 350-mile radius of Las Vegas, Nevada.

This total compares with 252 WNV cases reported by these 3 states during 2018.

This new data is about 1-week ahead of the Centers for Disease Control and Prevention’s August 20, 2019, report which disclosed a total of 41 states and the District of Columbia have reported 206 cases of West Nile virus disease in people.

Unfortunately, the CDC reported 69 percent of these WNV cases were classified as neuroinvasive diseases, such as meningitis or encephalitis.

The lone exception in this 350-mile radius hot zone is above 6,500 feet in elevation, where most infectious disease-carrying mosquitoes are not found.

“To protect yourself from getting sick, it’s important to avoid mosquitoes by wearing insect repellent, making sure your screens are intact if you’re leaving your doors and windows open, and wearing long sleeves and pants if you’re going to be outside,” said Cara M. Christ, M.D., M.S., Director for the Arizona Department of Health Services, in a recent statement.

“In Arizona, disease-causing mosquitoes can bite all day and all night, so you need to stay protected at all times.”

Most of Arizona is more than 50 percent below the average in rainfall for the summer storm season, which began in June, reported KTAR on August 6th.

A previous study found ‘weather conditions are direct and indirect drivers in WNV epidemiology which is increasing under conditions of climate change.

And, recent changes in climactic conditions, particularly increased ambient temperature and fluctuations in rainfall amounts, contributed to the ‘endemization’ process of WNV in various locations of the USA.

The West Nile virus usually circulates between Culex sp. mosquitoes, and birds. A mosquito feeds on an infected bird, acquires the WNV, then passes the virus to humans, who are considered ‘dead-end’ hosts, as they cannot pass the WNV on to other humans.

Most people (80%) infected with West Nile virus do not develop any symptoms, says the CDC.

Previous studies have indicated that over 30 percent of WNV infections in patients with clinically compatible neurological illness might be undiagnosed due to either lack of testing or inappropriate testing, leading to substantial underestimates of WNV neuroinvasive disease burden.

The West Nile virus is a mosquito-borne neurotropic flavivirus that emerged in the Western hemisphere in New York in the summer of 1999. It has been estimated that more than 3 million persons in the USA have been infected with the virus up to 2010.

Furthermore, treating WNV cases is expensive. Previous studies have estimated hospital costs for treating West Nile virus can reach up to $25,000 per patient.

"Once a WNV vaccine becomes available, it will provide patients protection, which would benefit busy families that may not always remember their insect repellent or long-sleeved shirt," said Nina Sprague, Pharmacy Intern, for Brookshire's Grocery Company.

But, the CDC says since there is not a protective WNV vaccine available.

HydroVax-001 was discovered and developed by scientists at the Oregon National Primate Research Center at Oregon Health & Science University.