The development of protective herpes simplex virus (HSV) vaccines has been an ongoing challenge for decades. Many vaccine candidates are under development, including DNA, modified mRNA, protein subunit, killed virus, and attenuated live virus vaccines.

The herpes simplex virus exists as 2 biologically distinct serotypes, HSV-1 and HSV-2, which differ mainly by their mode of transmission, says the U.S. CDC.

The spread of HSV- 1 generally occurs by direct contact, usually involving saliva, and most commonly appears as cold sores in or around the mouth, according to the CDC. And HSV-2 infections usually occur after sexual contact, leading to recurring, often painful, genital sores in up to a third of people infected.

"A vaccine against HSV infection would not only help to promote and protect the health and wellbeing of millions of people, particularly women, worldwide, it could also potentially have an impact on slowing the spread of HIV," Dr. Meg Doherty, director of the WHO's global HIV, hepatitis and sexually transmitted infections programs, commented in a WHO statement published on May 1, 2020.

On July 16, 2020, new research published in the journal BMJ Global Health found fewer people are being exposed to herpes simplex type 1 – also known as oral herpes – in their childhood, and the prevalence amongst the population in Europe is falling by 1% per year. The results also showed that half of the first-episode genital herpes cases in Europe were already due to HSV-1, as opposed to HSV-2 infection.

Recent herpes vaccine news is found on this listing page.

Clinical researchers have been working on developing herpes vaccines in clinical trials aimed at testing both therapeutic (intended to reduce viral shedding in people who are already infected with HSV) and preventive (designed to prevent infection) vaccine candidates.

Vitagerpavac is the only multivalent vaccine in the world for the treatment of chronic herpesvirus infection (HCV) of types I and II. The vaccine was developed at the Research Institute of Virology. DI. Ivanovsky RAMS and has been used in the Russian Federation for over 15 years.

There is no cure for herpes. Antiviral medications, such as acyclovir, famciclovir, and valacyclovir, can help to reduce the severity and frequency of symptoms but cannot cure the infection. About 500 million people worldwide are living with genital herpes, and several billion have an oral herpes infection, said the WHO on May 1, 2020.

Genital herpes infections play a significant role in the spread of HIV globally, WHO researchers said.

If a vaccine program for HSV were implemented today and the vaccine was 100% efficacious and utilized by 100% of the target population, the annualized present value of the QALYs gained would be 28,000, says the NIH.

Using committee assumptions of less-than-ideal efficacy and utilization and including time and monetary costs until a vaccine program is implemented, the annualized present value of the QALYs gained would be 7,500.

There are approximately 1,500 cases of central nervous system infection with HSV each year. The incidence was assumed to be highest in children between 5 and 14 years of age. It was also assumed that there are 300,000 new cases of genital HSV infections occurring primarily in people between 15 and 34 years of age.

There are also 1,500 new cases of neonatal HSV infections each year, says the CDC.

Certain antiviral drugs, including acyclovir and valaciclovir, can control outbreaks but they don’t cure a herpes infection, says the CDC.

People with HSV-2 infection are at least three times more likely to become infected with HIV if exposed. Thus, HSV-2 likely plays a substantial role in the spread of HIV globally. Women are more susceptible to both HSV-2 and HIV.

Women living in the WHO Africa Region have the highest HSV-2 prevalence and exposure to HIV – putting them at the greatest risk of HIV infection.

Most herpes simplex virus infections are self-limited and treatment is not always indicated or necessary. However, antiviral therapy shortens the course of the symptoms and may prevent dissemination and transmission.

Treatment of herpes labialis and herpes genitalis generally consists of episodic courses of oral acyclovir, valacyclovir, and ganciclovir. Complicated HSV infections, cutaneous and/or visceral dissemination, neonatal HSV infection, and severe infections in those who are immunocompromised should be treated promptly with intravenous acyclovir, says the CDC.

In patients who are immunocompromised and have recurrent HSV infections, acyclovir-resistant HSV strains have been identified, and treatment with intravenous foscarnet or cidofovir may be used.

Content sources:  The WHO, US CDC, WHO, NIH, research papers, ClinicalTrials.gov, and the Precision Vaccinations news network. Content is fact-checked by healthcare providers, such as Dr, Robert Carlson. 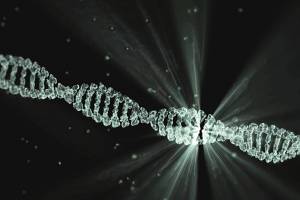 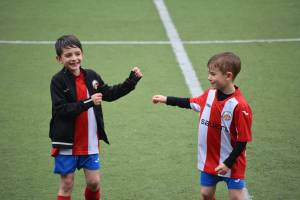 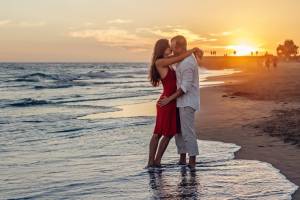