Beyfortus was approved in the European Union (EU) on November 4, 2022, for the prevention of RSV lower respiratory tract disease in newborns and infants during their first RSV season. The EU approval was based on results from the Beyfortus clinical development program, including the MELODY Phase III, MEDLEY Phase II/III, and Phase IIb trials, and follows the recommendation by The Committee for Medicinal Products for Human Use (CHMP) of the European Medicines Agency (EMA) in September 2022. The UK’s Medicines and Healthcare Products Regulatory Agency approved nirsevimab on November 9, 2022.

It has also been granted regulatory designations to facilitate expedited development by several regulatory agencies, including Breakthrough Therapy Designation by The China Center for Drug Evaluation under the National Medical Products Administration; a Breakthrough Therapy Designation from the U.S. Food and Drug Administration (FDA); access granted to the European Medicines Agency PRIority MEdicines scheme; Promising Innovative Medicine designation by the U.K. Medicines and Healthcare products Regulatory Agency, and named "a medicine for prioritized development" under the Project for Drug Selection to Promote New Drug Development in Pediatrics by the Japan Agency for Medical Research and Development.

In March 2017, Sanofi and AstraZeneca announced an agreement to develop and commercialize nirsevimab and share all costs and profits. Sanofi is listed on EURONEXT: SAN and NASDAQ: SNY. AstraZeneca (LSE/STO/Nasdaq: AZN) is a global, science-led biopharmaceutical company. BEYFORTUS - Trademark Details: 90557485.

On October 20, 2022, Dr. C Felter prevented Nirsevimab updated safety and efficacy to the Advisory Committee on Immunization Practices (ACIP). The U.S. CDC's ACIP meeting on June 23, 2022, reviewed - Nirsevimab For The Prevention of RSV Disease In All Infants.

Nirsevimab is designed to be administered from birth to infants born during the RSV season or at the season's start for infants entering their first RSV season. RSV is a common, contagious virus that causes seasonal epidemics of LRTI, leading to bronchiolitis and pneumonia in infants. It is also a leading cause of hospitalizations in all infants.

Nirsevimab is in phase 3 clinical trials to determine the proper dosage. Monoclonal antibodies do not require the activation of the immune system to help offer rapid and direct protection against disease.

As of September 17, 2022, the commercial price of Beyfortus has not been disclosed. Global RSV-related direct medical costs were estimated at €4.82 billion in 2017. Various financial support and discount information is posted at InstantRx™.

November 9, 2022 - The MHRA approved Beyfortus® (nirsevimab) for the prevention of RSV lower respiratory tract disease in newborns and infants during their first RSV season.

November 4, 2022 - AstraZeneca and Sanofi announced Beyfortus had been approved in the EU by the European Commission for the prevention of RSV lower respiratory tract disease in newborns and infants during their first RSV season.

September 16, 2022 - Jean-François Toussaint, Global Head of Research and Development Vaccines, Sanofi, stated: “Today’s positive CHMP opinion is one of the most significant public health achievements in RSV in decades and has the potential to alleviate the enormous physical and emotional burden that RSV can place on families and healthcare systems. With this endorsement, we are one step closer to achieving our goal of protecting all infants against RSV with a single dose.”

August 12, 2022 - Sanofi and the National Institute for Health and Care Research announced that the first patient had been enrolled in the Hospitalised RSV Monoclonal Antibody Prevention (HARMONIE) study, an open-label trial that will evaluate the use of nirsevimab, a passive immunization, in a broad population.

May 11, 2022 - AstraZeneca announced results from a prespecified pooled analysis of the pivotal MELODY Phase III and Phase IIb trials showed AstraZeneca and Sanofi's nirsevimab demonstrated an efficacy (relative risk reduction versus placebo) of 79.5% (95% Confidence Interval [CI] 65.9 to 87.7; P<0.0001) against medically attended lower respiratory tract infections (LRTI), such as bronchiolitis or pneumonia, caused by RSV in infants born at term or preterm entering their first RSV season.

August 11, 2021 - A peer-reviewed study concluded: Based on the mechanism of action of the new generation of anti-viral mAbs, such as nirsevimab, which is highly specific in targeting viral antigenic sites, it is unlikely that it could interfere with the immune response to other vaccines. Taken together, we anticipate that nirsevimab could be concomitantly administered to infants with routine pediatric vaccines during the same clinic visit.

March 3, 2017 - Sanofi Pasteur announced today an agreement with MedImmune, the global biologics research and development arm of AstraZeneca, to develop and commercialize a monoclonal antibody--called MEDI8897--for the prevention of RSV-associated illness in newborns and infants.

Nirsevimab has been tested in several clinical trials.

The Hospitalized RSV Monoclonal Antibody Prevention (HARMONIE) phase 3b randomized open-label study of nirsevimab in preventing hospitalizations due to RSV in infants under 12 months.

In the MELODY and Phase 2b trials, Beyfortus met its primary endpoint of reducing the incidence of medically attended lower respiratory tract infections (LRTI) caused by RSV during the RSV season vs. placebo with a single dose. The Phase IIb study was a randomized, placebo-controlled trial designed to measure the efficacy of Beyfortus against medically attended LRTI through 150 days postdose. Healthy preterm infants of 29–35 weeks’ gestation were randomized (2:1) to receive a single 50mg intramuscular injection of Beyfortus or a placebo. The dosing regimen was recommended based on further exploration of the Phase IIb data. In the subsequent Phase III study, MELODY applied the recommended dosing regimen.

The MELODY Phase III study was a randomized, placebo-controlled trial conducted across 21 countries designed to determine the efficacy of Beyfortus against medically attended LRTI due to RSV confirmed by reverse transcriptase polymerase chain reaction testing through 150 days after dosing, versus placebo, in healthy late preterm and term infants (35 weeks gestational age or greater) entering their first RSV season.

MEDLEY was a Phase II/III, randomized, double-blind, Synagis-controlled trial with the primary objective of assessing safety and tolerability for Beyfortus in preterm infants and infants with congenital heart disease and/or chronic lung disease of prematurity (CLD) eligible to receive Synagis.1,8,9 Between July 2019 and May 2021, approximately 918 infants entering their first RSV season were randomized to receive a single 50mg (in infants weighing <5kg) or 100mg (in infants weighing ≥5kg) intramuscular injection of Beyfortus or Synagis. Safety was assessed by monitoring the occurrence of TEAEs and TESAEs through 360 days post-dose.1,8,9 Serum levels of Beyfortus following dosing (on day 151) in this trial were comparable with those observed in the MELODY Phase III trial, indicating similar protection in this population to that in the healthy term and late preterm infants are likely. Data was published in the New England Journal of Medicine in March 2022. 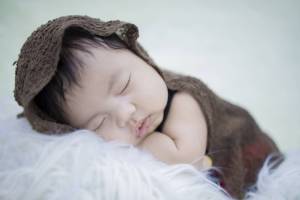 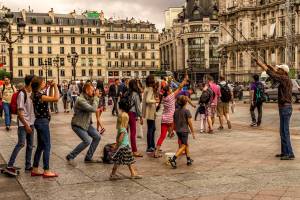