+ 2
December 2, 2019
Dengue virus carrying mosquitoes are not often found above 7000 feet in elevation 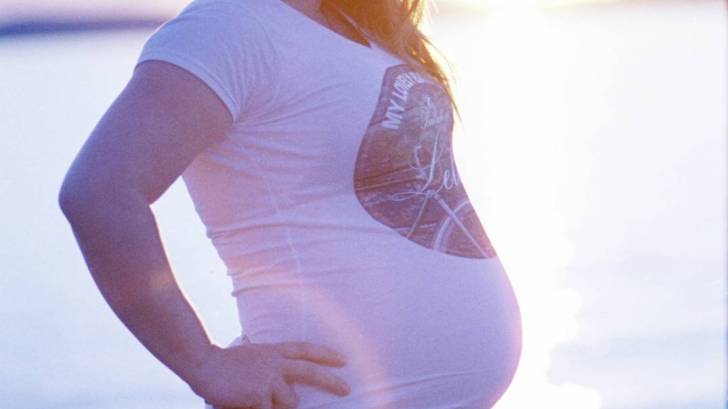 The Florida Department of Health (DOH) has reported information that may impact where pregnant women vacation this winter.

The Florida DOH published its Week #43 report of November 23, 2019, which confirms 14 locally-acquired dengue fever cases during 2019.

These 14 dengue cases were reported in the south Florida counties of Broward (1), Hillsborough (1), and Miami-Dade (12).

This is important news since the Centers for Disease Control and Prevention (CDC) updated its website during October 2019, saying ‘If possible, avoid travel to areas with risk of dengue during pregnancy.’

This CDC suggestion is related to the concern ‘a pregnant woman already infected with dengue can pass the virus to her fetus during pregnancy or around the time of birth.’

And, ‘dengue can have harmful effects, including, but not limited to, low birth weight and premature birth.’

Florida’s local dengue cases may be related to international travelers bringing the virus home with them.

The Florida DOH report also confirmed 360 cases of dengue fever in individuals with travel history to a dengue-endemic country, such as Cuba.

This new data indicates about 61 percent (222) of Florida’s travel-related dengue cases were from people who had visited Cuba in the 2 weeks prior to disease onset.

Across the USA, provisional data from the CDC indicates a total of 865 dengue cases, as of November 6, 2019. Besides Florida, the states of California (140) and New York (67) have reported the most cases during 2019.

According to the CDC, the state of Florida previously experienced a dengue outbreak during 2009 -2010. This dengue outbreak was identified in Key West, Florida, with a total of 22 confirmed cases.

Around the countries in the Americas, dengue outbreaks have evolved from few low-level endemics to pandemic situations in Central American countries during 2019. A total of 2,733,635 cases of dengue have been reported, including 1,206 fatalities, as of November 11, 2019.

Recently, the World Health Organization (WHO) published an update on November 29, 2019, which says ‘Spanish authorities have reported the likely sexual transmission of dengue between men.’

‘In the absence of data supporting vector transmission or other known routes of transmission, the 2nd dengue case, with no travel history, is considered an autochthonous case, who was most likely infected through sexual transmission.’

Earlier in 2019, the first case of dengue virus PCR-positive semen was identified in a Caucasian traveler returning to Italy, with primary dengue infection acquired in Thailand. In this case, semen was found to be positive for 37 days post symptom onset, even when viremia and viruria became undetectable.

To reduce further local transmissions of dengue in Florida, the DOH-Miami-Dade Health Department issued an Alert on November 24th, which advises the public to remain diligent in their personal mosquito protection efforts, such the ‘Drain and Cover’ program.

The DOH-Miami-Dade Alert says ‘most people infected with dengue have mild or no symptoms and those that do develop symptoms recover after about one week.’

‘The common symptoms of dengue are fever and one or more of the following symptoms: headache, eye pain, muscle pain, rash, nausea, vomiting, or unusual bleeding of the nose or gums.’

There is no specific treatment for Dengue, but early detection and access to proper medical care lowers fatality rates below 1 percent, says the Florida DOH.

However, Severe Dengue can also occur resulting in shock, internal bleeding, and even death.

Those at greater risk for Severe Dengue include persons with previous dengue infection, pregnant women, infants, the elderly, and those with co-morbidities, says the CDC.

Dr. Gruber said ‘the goal has been a vaccine that provides balanced protection against all 4 dengue virus serotypes to protect against the severe disease facilitated by antibody-dependent enhancement, where antibodies, instead of inactivating a virus, facilitate viral entry into host cells.’

‘The issue is whether we can safely use the Dengvaxia vaccine or other partially effective vaccines to help control dengue.’

‘Unfortunately, an effective tetravalent vaccine has been an elusive goal,’ concluded Dr. Gruber.

“These structural changes can cause vaccines and therapeutics to be ineffective against the virus,” said Ms. Xin-Ni Lim, the study’s lead author who is from Duke-NUS’ Emerging Infectious Diseases Programme, in a press release on September 20th, 2019.

Dengvaxia, manufactured by Sanofi Pasteur, is indicated for the prevention of dengue disease caused by dengue virus serotypes 1, 2, 3 and 4.

Dengvaxia is a live attenuated tetravalent chimeric vaccine made using recombinant DNA technology by replacing the PrM and E structural genes of yellow fever attenuated 17D strain vaccine, with those from the 4 dengue serotypes.

Dengvaxia is reported to have an overall vaccine efficacy of about 56 percent.

The Dengvaxia vaccine is approved in various countries around the world, including the USA.

There are other dengue candidate vaccines in active clinical studies, such as Takeda TAK-003, Merck V180, and Butantan Institute TV003/TV005.

But, these dengue vaccines are not commercially available today.

For more information regarding Florida’s dengue challenges, visit the DOH.