Dengvaxia is indicated for dengue disease prevention, caused by dengue virus serotypes 1, 2, 3, and 4. Dengvaxia is not approved for use in individuals not previously infected by any of the dengue virus four serotypes or for whom their immunization information is unknown.

In 2015, Sanofi Pasteur introduced the first dengue vaccine, which is registered in several of the most endemic countries in the world.

Sanofi announced in 2017 that people who receive the vaccine and have not been previously infected with a dengue virus might be at risk of developing severe dengue if they get dengue after being vaccinated.

On May 1, 2019, Dengvaxia (Dengue Tetravalent Vaccine, Live) was approved by the U.S. FDA for use in children 9-16 years old living in an area where dengue is common (the US territories of American Samoa, Puerto Rico, and the US Virgin Islands), with laboratory-confirmed prior dengue virus infection.

Dengvaxia is indicated for use in individuals with laboratory-confirmed previous dengue infection and living in endemic areas, says the CDC's ACIP committee. The ACIP recommended in June 2021, 3-doses of Dengvaxia be administered six months apart at months 0, 6, and 12 in persons 9-16 years of age.

Dengvaxia is approved for use in several endemic countries in Latin America and Asia, where reducing dengue's human and economic burden is critical. Approximately 5% of patients with dengue virus disease progress to develop a severe, life-threatening disease called Severe Dengue. Each year, 390 million people are infected, of which 96 million people show clinical symptoms. An estimated 500,000 people with severe dengue require hospitalization each year, and about 2.5% of those affected die from dengue. The American region alone reported 3.1 million cases, with more than 25,000 classified as severe in 2019, says the World Health Organization.

According to the U.S. CDC, early dengue clinical findings are nonspecific but require a high index of suspicion because recognizing early signs of shock and promptly initiating intensive supportive therapy can reduce the risk of death among patients with severe dengue to <0.5%. In addition, the sequence variability between the four serotypes is up to 40%, and between strains within a serotype is ~3%.

When an individual is infected with one dengue serotype, subsequent infection with another serotype may result in more intense infections. For example, researchers from Duke-NUS Medical School reported that the dengue virus serotype 2 (DENV2) changes its shape through Envelope protein mutations to evade vaccines and therapeutics.

Limitations of use: DENGVAXIA is not approved for use in individuals not previously infected by any dengue virus serotype or for whom this information is unknown. Those not previously infected are at increased risk for severe dengue disease when vaccinated and subsequently infected with the dengue virus. And, the safety and effectiveness of DENGVAXIA have not been established in individuals living in dengue nonendemic areas who travel to dengue-endemic regions.

Dengvaxia (CYD-TDV) is given a 3-dose series six months apart (at months 0, 6, and 12). It is administered as a subcutaneous Injection.

On November 16, 2020, a study published by The Lancet found 'A two-dose CYD-TDV regimen might be an alternative to the licensed three-dose regimen in individuals who are dengue seropositive at baseline and aged nine years and older. Vaccination with a reduced number of doses could lead to improved vaccine compliance and coverage, especially in low-resource settings.' Sanofi Pasteur funded this study.

The most commonly reported side effects of those who received Dengvaxia were headaches, muscle pain, joint pain, fatigue, injection site pain, and low-grade fever.

Dengvaxia Dengue Vaccine Limitation of Use

Patients must receive a lab test showing a past infection with dengue before receiving the vaccine. Dengvaxia is not for use in individuals not previously infected by any dengue virus serotype or for whom this information is unknown. Before being vaccinated with Dengvaxia, the CDC vaccine committee informs healthcare providers if a patient has dengue symptoms or live in or have recently traveled to an area with a risk of dengue, and has not previously been infected, they are at increased risk for Severe Dengue disease when vaccinated and subsequently infected with the dengue virus.

The Philippines Public Attorney's Office (PAO) has filed in court seven more civil cases for the families of those who died after reportedly getting doses of Dengvaxia, an anti-dengue vaccine. In a bulletin issued in December 2021, PAO said there are now 75 civil cases involving Dengvaxia lodged before the Quezon City regional trial court.

June 24, 2021 - The journal Nature published a study: Evaluation of the extended efficacy of the Dengvaxia vaccine against symptomatic and subclinical dengue infection.... the protective effect of the vaccine was concentrated in the first three years following vaccination. Among individuals with the same antibody titer, we found no difference between the risk of subsequent infection or disease between placebo and vaccine recipients, suggesting that antibody titers are a good predictor of both protection and disease risk.

May 5, 2021 - The U.S. CDC's ACIP presented the importance of a specific test for pre-vaccination screening. ACIP explores whether three doses of Dengvaxia should be administered routinely to persons 9–16 years of age with laboratory-confirmed previous dengue infection and living in endemic areas, such as Puerto Rico.

April 1, 2021 - Report: Sanofi has shown concern about climate change and health, especially for the most vulnerable populations, and works to address the challenges with a particular focus on two main health consequences of climate change: evolution of vector-borne diseases and indoor and outdoor air pollution and respiratory allergies.

April 1, 2021 - Réunion is reporting an epidemic accelerating on the island. March 15-21, 758 cases of dengue have been confirmed.  As of this date, only serotype one has been detected in the confirmed cases.

March 2, 2021 - The U.S.CDC issued a Level 1 Travel Alert for many parts of Central and South America, Mexico, and the Caribbean regarding Dengue virus risks. Because mosquito bites spread dengue, all travelers should prevent mosquito bites to risk areas.

November 17, 2020 - Study published by The Lancet: A 2-dose CYD-TDV regimen might be an alternative to the licensed 3-dose regimen in individuals who are dengue seropositive at baseline and aged 9 years and older. Vaccination with reduced doses could improve vaccine compliance and coverage, especially in low-resource settings.

November 16, 2020 - Study: Accuracy and efficacy of pre-dengue vaccination screening for previous dengue infection with five commercially available immunoassays: a retrospective analysis of phase 3 efficacy trials. Our findings suggest that these immunoassays could be used for pre-vaccination screening for CYD-TDV as tools to assist risk stratification until more sensitive and convenient tests become available.

October 16, 2020 - The Philippines Supreme Court has approved the petition to transfer all Dengvaxia-related cases to a single Regional Trial Court.

October 14, 2020 - The U.S. CDC reissued a Travel Alert for the Americas regarding various Dengue outbreaks. Dengue is an ongoing risk in many parts of Central and South America, Mexico, and the Caribbean. Travelers to areas of risk should protect themselves by preventing mosquito bites. Also, the countries listed below are reporting higher-than-usual numbers of dengue cases.

September 30, 2020 - Dengue is an ongoing risk in many parts of Africa and the Middle East. Travelers to areas of risk should protect themselves by preventing mosquito bites.

September 30, 2020 - Dengue is an ongoing risk in many parts of Asia and the Pacific Islands. Travelers to areas of risk should protect themselves by preventing mosquito bites. Also, the countries listed are reporting higher-than-usual dengue cases, and travelers visiting these countries may be at increased risk.

June 23, 2020 - More than 1.6 million dengue cases have been reported in the Americas in the first five months of 2020, drawing attention to the need to continue eliminating mosquito vectors of disease even in the midst of the COVID-19 pandemic.

June 9, 2020 - To notify visitors of their health risks when visiting the Americas, the US CDC reissued a Level 1 Travel Alert. Dengue is an ongoing risk in many parts of Central and South America, Mexico, and the Caribbean (map). Travelers to areas of risk should protect themselves by preventing mosquito bites.

May 21, 2020 - The CDC issued a Travel Alert which says 'Dengue is a risk in many parts of Central and South America, Mexico, and the Caribbean.'

January 22, 2020 - The US FDA 'approved your request submitted and received on July 23, 2019, to supplement your Biologics License Application (BLA) under section 351(a) of the Public Health Service Act for Dengue Tetravalent Vaccine, Live (DENGVAXIA) to revise the NDC number for the Saline Diluent and update the package insert and diluent container labeling to include the new NDC number.'

December 27, 2019 - A study reported on December 27, 2019, the 'screen and vaccinate' strategy effectively reduces the number of hospitalized and severe dengue cases. The World Health Organization (WHO) recommended the option of a dengue screen and vaccination policy is likely to have a positive impact both at the individual and population level, across a wide range of transmission settings. The WHO screen and vaccinate intervention model was cost-effective in all countries, except for reduced transmission settings. The overall population impact of a screen and vaccinate approach is also likely to be improved by using several rounds of screening (up to 48% reduction in dengue hospitalization over 10 years with 5 rounds).

May 1, 2019 - Division of Vaccines and Related Product Applications Office of Vaccines Research and Review.

March 7, 2019 - The U.S. FDA approved the use of Dengvaxia for children ages 9-16 and is considered a significant medical advance in dengue prevention, which is considered an unmet medical need by the FDA. In addition, the European Commission has granted marketing authorization for Dengvaxia, Sanofi's dengue vaccine. The marketing authorization follows the October 18, 2018, recommendation by the European Medicines Agency's Committee for Medicinal Products for Human Use (CHMP) to approve the dengue vaccine in European endemic areas. Dengvaxia will be available in Europe to prevent dengue disease in individuals 9-45 years of age with a documented prior dengue infection and who live in endemic areas.

September 7, 2018 - The WHO issued a position paper regarding dengue vaccines.

February 1, 2018 - Editorial published by The Lancet: The dengue vaccine dilemma.

December 23, 2015 - The Philippines became the first Asian country to approve the commercial sale of Dengvaxia. In April 2016, the Department of Health launched the dengue vaccination campaign in regions Central Luzon, Calabarzon, and Metro Manila, where about 700,000 individuals received at least one vaccine dose.

September 14, 2014 - The Lancet: the past decade has also seen an upsurge in research on dengue virology, pathogenesis, and immunology, and the development of antivirals, vaccines, and new vector-control strategies that can positively impact dengue control and prevention.

Testing is available to determine a previous dengue infection. Non-FDA tests may yield false-positive results (e.g., due to cross-reactivity with other flaviviruses). 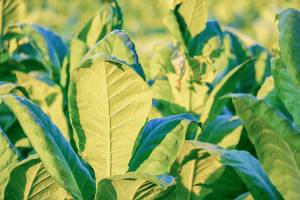 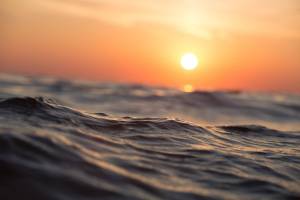 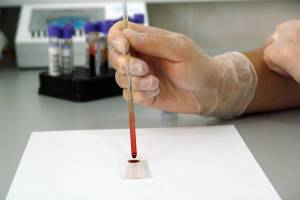 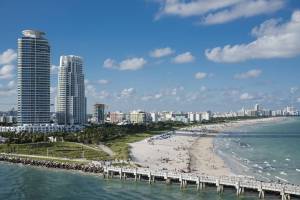 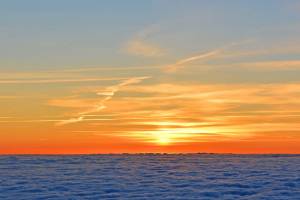