The U.S. Food and Drug Administration (FDA) approved Merck's VAXNEUVANCE™ on July 16, 2021, for active immunization for the prevention of invasive pneumococcal disease (IPD) caused by 15 serotypes conjugated to a CRM197 carrier protein, including Streptococcus pneumoniae serotypes 1, 3, 4, 5, 6A, 6B, 7F, 9V, 14, 18C, 19A, 19F, 22F, 23F, and 33F, in adults. Therefore, vaccination with VAXNEUVANCE pneumococcal polysaccharides may not protect all vaccine recipients, says Merck.

On April 1, 2022, Merck announced the FDA had extended the Prescription Drug User Fee Act date of the supplemental biologics license application (sBLA) for VAXNEUVANCE in infants and children to July 1, 2022. In addition, on June 22, 2022, the FDA approved an expanded indication for VAXNEUVANCE to include children six weeks through 17 years of age.

Merck Sharp & Dohme B.V.  announced on September 16, 2022, that the European Medicines Agency's Committee for Medicinal Products for Human Use recommended the approval of VAXNEUVANCE™ for active immunization for the prevention of invasive disease, pneumonia, and acute otitis media caused by Streptococcus pneumoniae in infants, children and adolescents from 6 weeks to less than 18 years of age. On October 24, 2022, the European Commission approved the expanded approval.

VAXNEUVANCE is indicated for active immunization to prevent invasive disease in adults caused by the S. pneumoniae serotypes contained in the vaccine. According to the U.S. FDA disclosure, more than 90 different types of pneumococcal bacteria can affect adults differently than children. Pneumococcal serotypes not in the currently licensed conjugate vaccine, such as 22F and 33F, are commonly associated with invasive pneumococcal disease. For example, serotypes 22F and 33F now cause 13% of the invasive pneumococcal disease seen among adults aged 65 and older in the U.S. and 7 to 12% of European adult cases.

The U.S. CDC Advisory Committee on Immunization Practices (ACIP) met on October 20, 2021, and unanimously voted to update pneumococcal vaccination recommendations for adults 65 years and older and for adults ages 19 to 64 with certain underlying medical conditions or other disease risk factors. In both groups, the ACIP voted to recommend vaccination with a sequential regimen of VAXNEUVANCE followed by PNEUMOVAX 23 or with a single dose of 20-valent pneumococcal conjugate vaccine. These updates would apply to adults who have not previously received a pneumococcal conjugate vaccine or whose previous pneumococcal vaccination history is unknown.

Merck's VAXNEUVANCE is administered as an intramuscular injection. When PCV15 is used, the CDC recommended interval between administration of PCV15 and PPSV23 is ≥1 year. A minimum interval of 8 weeks can be considered for adults with an immunocompromising condition, cochlear implant, or cerebrospinal fluid leak to minimize the risk for IPD caused by serotypes unique to PPSV23 in these vulnerable groups. Adults who have only received PPSV23 may receive a PCV (either PCV20 or PCV15) ≥ one year after their last PPSV23 dose. When PCV15 is used in those with a history of PPSV23 receipt, it needs not be followed by another dose of PPSV23.

The CDC confirmed PCV15, PCV20, or PPSV23 could be coadministered with QIV in an adult immunization program as concomitant administration (PCV15 or PPSV23 and QIV [Fluarix], PCV20, and adjuvanted QIV [Fluad]) has been demonstrated to be immunogenic and safe. However, slightly lower pneumococcal serotype-specific OPA GMTs or geometric mean concentrations were reported when pneumococcal vaccines were coadministered with QIV than when pneumococcal vaccines were given alone. Currently, no data on coadministration with other vaccines (e.g., tetanus, diphtheria, acellular pertussis vaccine, hepatitis B, or zoster vaccine) among adults. Evaluation of coadministration of PCV15, PCV20, or PPSV23 with COVID-19 vaccines is ongoing.

VAERS is a U.S. passive reporting system, meaning it relies on individuals to send in reports of their experiences with a vaccine. However, anyone can submit information to VAERS, including parents and patients. Furthermore, healthcare providers are required by law to report to VAERS. People are also encouraged to report the adverse side effects of prescription drugs to the FDA. Visit www.fda.gov/medwatch or call 1–800–FDA–1088.

October 24, 2022 - Dr. Eliav Barr, SVP, head of global clinical development and chief medical officer, Merck Research Laboratories, stated in a press release: "With this (EC) approval, we are pleased to bring an important new PCV option to a vulnerable population in Europe, including infants less than one year of age, who typically experience the highest rates of disease."

September 16, 2022 - "We are committed to advancing protection for those at increased risk for pneumococcal disease, which includes those under the age of 2 years and children of any age who have certain underlying conditions," said Dr. Eliav Barr, senior vice president, head of global clinical development and chief medical officer, Merck Research Laboratories. "We are pleased with the CHMP's positive opinion as it brings us one step closer to our goal of helping to protect against pneumococcal strains that pose a substantial risk to infants and children in Europe."

July 28, 2022 - The U.S. CDC's ACIP unanimously voted to provisionally recommend the use of VAXNEUVANCE as an option to the currently available 13-valent pneumococcal conjugate vaccine (PCV13) for children under 19 years according to the presently recommended PCV13 dosing and schedules. These provisional recommendations will be reviewed by the director of the CDC and the Department of Health and Human Services, and final recommendations will become official when published in the CDC's Morbidity and Mortality Weekly Report.

June 22, 2022 - Dr. Eliav Barr, SVP, head of global clinical development and chief medical officer, Merck Research Laboratories, stated in a press release, "With this approval, we bring forward our first pediatric pneumococcal conjugate vaccine – and the first pediatric pneumococcal conjugate vaccine to be approved in almost a decade – building on our commitment to preventing invasive pneumococcal disease and on our legacy in pediatric vaccine development. We thank the investigators and the families of our clinical trial participants for participating in the research studies and the role they played in this milestone."

April 1, 2022 - Merck announced that the U.S. FDA extended the Prescription Drug User Fee Act date of the supplemental biologics license application for VAXNEUVANCE in infants and children to July 1, 2022.

December 15, 2021 - Merck announced today that the European Commission had approved VAXNEUVANCE for active immunization to prevent invasive disease and pneumonia caused by Streptococcus pneumoniae in individuals 18 years and older. The approval allows the marketing of VAXNEUVANCE in all 27 European Union Member States plus Iceland, Norway, and Lichtenstein.

October 20, 2021 - Merck announced the U.S. Centers for Disease Control and Prevention's Advisory Committee on Immunization Practices (ACIP) unanimously voted in favor of updates to pneumococcal vaccination recommendations for adults 65 years and older and for adults ages 19 to 64 with certain underlying medical conditions (e.g., chronic conditions such as diabetes, chronic heart disease, chronic lung disease, or chronic liver disease, as well as HIV) or other disease risk factors (e.g., smoking, alcoholism). In both groups, the ACIP voted to provisionally recommend vaccination either with a sequential regimen of VAXNEUVANCE followed by PNEUMOVAX23 or with a single dose of 20-valent pneumococcal conjugate vaccine. These updates would apply to adults who have not previously received a pneumococcal conjugate vaccine or whose previous pneumococcal vaccination history is unknown.

October 15, 2021 - Merck announced that the European Medicines Agency's Committee for Medicinal Products for Human Use (CHMP) had recommended the approval of VAXNEUVANCE™ for active immunization to prevent invasive disease and pneumonia caused by Streptococcus pneumoniae in individuals 18 years of age and older. The European Commission will now review the CHMP recommendation for marketing authorization in the European Union, and a final decision is expected by the end of 2021.

August 25, 2021 - Merck announced topline results from the pivotal PNEU-PED (V114-029) study evaluating the immunogenicity, safety, and tolerability of VAXNEUVANCE™ in 1,720 healthy infants enrolled between 42-90 days of age. In the PNEU-PED study, primary endpoints demonstrated that VAXNEUVANCE had a safety profile generally comparable to PCV13 following receipt of any vaccine dose. Secondary endpoints showed statistically superior immune responses for VAXNEUVANCE compared to PCV13 for shared serotype three and unique serotypes 22F and 33F based on prespecified criteria and non-inferior immune responses to antigens contained in several routinely used pediatric vaccines when administered concomitantly with VAXNEUVANCE or PCV13.

January 12, 2021 - Merck announced the U.S. FDA accepted for priority review a Biologics License Application (BLA) for V114, Merck's investigational 15-valent pneumococcal conjugate vaccine, for the prevention of invasive pneumococcal disease in adults 18 years of age and older. In addition, the FDA set a Prescription Drug User Fee Act, or target action date, of July 18, 2021. The European Medicines Agency is also reviewing an application for licensure of V114 in adults.

November 23, 2020 - Merck announced the company had submitted applications to the U.S. FDA and European Medicines Agency (EMA) for licensure of V114, Merck's investigational 15-valent pneumococcal conjugate vaccine for use in adults 18 years of age and older. The company awaits acceptance of the U.S. and European regulatory authorities' submissions. The regulatory applications for licensure of V114 include results from Phase 2 and Phase 3 clinical studies in various adult populations, including healthy adults and those at increased risk, such as adults with chronic medical conditions, adults with HIV, and those 65 years of age and older.

October 20, 2020 - Merck announced Positive Topline Results from Two Additional Phase 3 Adult Studies Evaluating V114, Merck's Investigational 15-valent Pneumococcal Conjugate Vaccine. In the PNEU-PATH (V114-016) study, healthy adults 50 years of age or older received V114 or PCV13, followed by PNEUMOVAX® 23 one year later. Following vaccination with PNEUMOVAX 23 (month 13), immune responses were comparable in vaccination groups for the 15 serotypes in V114. Results also showed that at 30 days post-vaccination with either V114 or PCV13 (day 30), immune responses were comparable for both groups across the 13 serotypes shared by the conjugate vaccines and higher in the V114 group for serotypes 22F and 33F, the two serotypes not included in PCV13.

September 12, 2020 - The V114 pneumococcal vaccine candidate, which includes 15 serotypes, is non-inferior to the 13-valent vaccine currently on the market for adults.

September 9, 2020 - Merck announced that two Phase 3 studies evaluated the safety, tolerability, and immunogenicity of V114, the investigational 15-valent pneumococcal conjugate vaccine, and met their primary immunogenicity objectives. These findings and additional Phase 3 data from Merck's clinical program will be presented at a scientific congress in the future. In addition, they will form the basis of global regulatory licensure applications, beginning with the U.S. FDA before the end of 2020.

January 30, 2019 - Merch announced that V114 received a Breakthrough Therapy Designation from the U.S. Food and Drug Administration (FDA) to prevent invasive IPD caused by the vaccine serotypes in pediatric patients six weeks to 18 years of age.

May 8, 2019 - Merch announced V114 Met Primary Endpoint by Demonstrating Noninferiority to PCV13 for all Shared Serotypes and an Immune Response for Two Additional Serotypes.

Merck's V114 Pneumococcal Vaccine has undergone many clinical trials, and Merck continues to test the vaccine candidate under many scenarios. The registered 28 clinical trials can be accessed here. 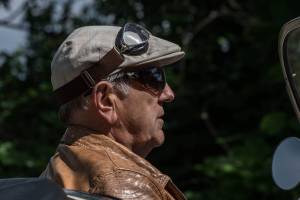 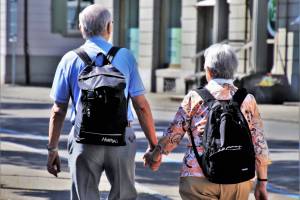 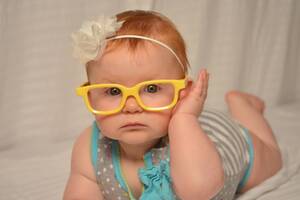 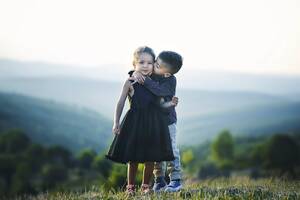 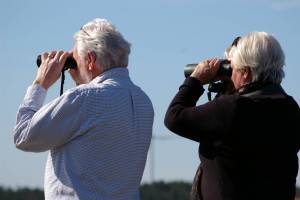