X-Vax Technology, Inc.'s Delta gD-2 (∆gD-2) herpes vaccine candidate is reported to elicit antibodies that facilitate the killing of infected cells, which then rapidly clears the HSV-1 HSV-2 viruses. X-Vax's approach eliminates the immunodominant protein found on the virus's surface that other researchers have focused on developing a reaction against. In addition, x-Vax believes that it would stimulate the body to produce different and more effective antibodies by deleting a gene from the virus.

∆gD-2 acts via a novel mechanism of action mediated by non-neutralizing, Fc receptor activating antibodies to prevent both HSV-1 and HSV-2 infection with a wide range of clinical and laboratory isolates. The vaccine induces Fc receptor activating antibodies that mediate antibody-dependent cellular cytotoxicity (ADCC) as the primary protection mechanism. ADCC is induced to flag infected cells for destruction by natural immune cells. The broad protection observed in various preclinical models combined with the potential for sterilizing immunity, as evidenced by the absence of latent virus, supports the clinical development of ∆gD-2, says X-Vax.

'We have created a herpes vaccine candidate that we call ∆gD-2 (delta gD-2) because it is based on an HSV-2 virus genetically deleted for glycoprotein D (gD-2). With it, we have been able to prevent infections caused by herpes type 1 and type 2 in multiple preclinical models—with encouraging results,' says the company's website.

X-Vax Technology, Inc. is a biotech company based in Jupiter, Florida, committed to developing vaccines against pathogens acquired by a mucosal infection such as herpes. "Our research leads us to believe that the new approach we are taking could succeed in defeating herpes." The company investors include but are not limited to Johnson & Johnson Innovation – JJDC, Inc. (JJDC); Adjuvant Capital, an impact investment fund supported by the Bill & Melinda Gates Foundation as an anchor investor; Serum Institute of India; Alexandria Venture Investments; and FF DSF VI, a scout investment vehicle out of Founders Fund. Company address: 3507 Kyoto Gardens Dr. Suite 310, Palm Beach Gardens, FL 33410.

The ∆gD-2 Herpes Vaccine candidate is indicated to clear the virus and prevent latency. Latency is a non-replicating state that periodically will reactivate, resulting in lifelong infection and the ongoing risk of shedding the virus to others.

X-Vax pipeline states, 'we plan to gain commercial approval for the ∆gD-2 vaccine to prevent HSV type 1 and type 2. In addition, the potential for therapeutic application of the vaccine is under investigation.'

Extensive molecular and preclinical work has been completed for ∆gD-2, which induces unprecedented sterilizing immunity against both HSV-1 and HSV-2 challenge in multiple preclinical models. Not only did the vaccine prevent disease, but ∆gD-2 also prevented the virus from establishing latency, which no herpes vaccine has shown before. Latency refers to the ability of the herpes virus to remain dormant, particularly in nerve tissue, often establishing lifelong infection with frequent subclinical or clinical reactivation.

May 19, 2021 - Mark Terry with Biospace reported that X-Vax Technology is preparing to submit an Investigational New Drug Application to the U.S. Food and Drug Administration for its experimental vaccine against herpes simplex virus 1 and 2 (HSV-1 and -2).

July 17, 2020 - Florida-based X-Vax Technology, Inc. announced Isaac Blech's appointment as Vice Chairman of the company's board of directors. As a co-founder of X-VAX, Mr. Blech previously served on the company's Board until December 2019.

July 23, 2019: Proceeds from the $56 million Series A financing will be used to advance X-VAX's lead program, a vaccine candidate against herpes called ∆gD-2 (delta gD-2), for further development and production, including a Phase 1 clinical study. "We believe that ∆gD-2 may be more promising than other previous vaccine candidates because it elicits a different type of immune response against HSV-1 and HSV-2 that is more effective in preclinical models at clearing virus and preventing the establishment of latency. In addition, in nonclinical models, immunization with ∆gD-2 elicits antibodies that facilitate the killing of infected cells, rapidly clearing the virus and thereby inducing sterilizing immunity," added William Jacobs, Ph.D., co-Inventor and Professor of Microbiology & Immunology at Albert Einstein College of Medicine. 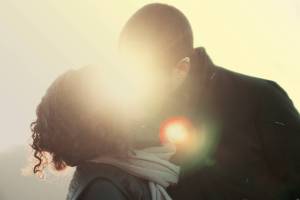