For 30 years, vaccines against herpes viruses have failed to achieve U.S. FDA approval. Research groups have tried subunit vaccines repeatedly and failed. There is no cure for herpes. However, some medicines can prevent or shorten outbreaks, and preventive vaccines are in development.

Excell Biotech is setting out to clinically test a Herpes vaccine, which may also be a possible therapeutic intervention in humans.

The human population can either be infected with HSV1 (predominantly oral) or HSV2 (mostly genital). Most people think of it just as an annoyance, but there are many diseases associated with Herpes. Oral herpes is usually caused by HSV-1 and can result in cold sores or fever blisters on or around the mouth. However, most people do not have any symptoms. Most people with oral herpes were infected during childhood or young adulthood from non-sexual contact with saliva.

Genital herpes is common in the United States. More than one out of every six people aged 14 to 49 years have genital herpes. You can get genital herpes by having vaginal, anal, or oral sex with someone who has the disease. HSV-2 infection is more common among women than among men; the percentages of those infected during 2015-2016 were 15.9% versus 8.2% respectively, among 14 to 49-year-olds. This is possible because the genital infection is more easily transmitted from men to women than from women to men during penile-vaginal sex. Most people who have genital herpes have no symptoms or have very mild symptoms. You may not notice mild symptoms, or you may mistake them for another skin condition, such as a pimple or ingrown hair. Because of this, most people who have herpes do not know it.

June 15, 2022 - The Excell Team stated - We are about to start a study with the NIH to test our vaccine for pathogenesis and prophylactic capability in the animal model. Once that is complete, and if successful, we will be moving forward with a prophylactic study.

November 29, 2019: The company indicates it hopes to have its preclinical animal data completed by the end of 2019 and move into the clinic in early 2020.

September 14, 2018: Excell files a new provisional patent application with the United States Patent and Trademark office for their EXD-12 HSV vaccine candidate. New data indicates that glycoprotein D acts as a decoy, so the immune system cannot form an effective antibody response to other antigens. Without glycoprotein D, Herpes is visible to the immune system and can also be spread between cells. 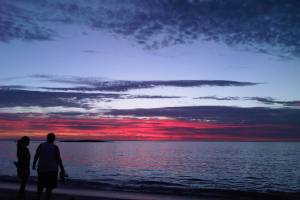