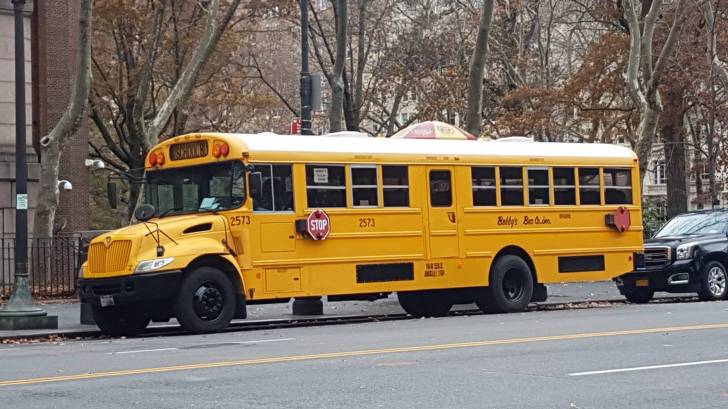 The NYC officials said the reason for this Emergency Order change is ‘two incubation periods have passed since the last reported measles, without any new infections.’

Previously, on April 9, 2019, the NYC Health Commissioner ordered every adult and child who lives, works or resides in certain ZIP codes and has not received the measles, mumps, and rubella (MMR) vaccine, to be vaccinated.

As of August 26, there have been 34,444 doses of the MMR vaccine administered to people who are under 19 years of age in Williamsburg and Borough Park areas of NY since October 2018, according to the NY Health Department website.

But, NYC Health Commissioner Oxiris Barbot said in the AP story that there's ‘still a serious health threat and urged New Yorkers to still get their children immunized.’

Furthermore, New York Governor Cuomo signed legislation (S.2994A/A.2371) revoking a religious exemption for mandatory school vaccinations. Unvaccinated students have 14 days from the start of school to prove they received the 1st dose of the MMR immunization. Most NY schools reopen after September 3rd.

NY Governor Cuomo said in a related press release, "While I understand and respect freedom of religion, our first job is to protect the public health and by signing this measure into law, we will help prevent further transmissions and stop this outbreak right in its tracks."

The NY Health Department will audit schools to assure compliance with the new law and require unvaccinated students without a valid medical excuse to leave school. Students who demonstrate they are immune from measles or have a medical condition that prevents them from receiving the MMR vaccine will not need to get vaccinated.

New York became the 4th state, along with California, Mississippi and West Virginia, to eliminate religious and personal-belief exemptions for vaccines. All states allow medical exemptions.

Over 110 years ago, the U.S. Supreme Court ruled that states have the right to enforce compulsory vaccination laws.

Previously, there was some good and bad news regarding measles outbreaks in New York.

On July 25th, 2019, health officials in Rockland County, New York, announced ‘the end of the measles State of Emergency’ in its area. Rockland County Executive Ed Day said in a press release ‘MMR vaccinations have reached 25,876 since October 2018.’

But, the State of New York reported a 3rd ‘religious-community’ measles outbreak on August 13, 2019, within a Mennonite community, located in Wyoming County.

Nationwide, from January to August 29, 2019, 1,234 individual cases of measles have been confirmed in 31 states. This is the greatest number of measles cases reported in the U.S. since 1992, says the Centers for Disease Control and Prevention (CDC).

More than 75 percent of the measles cases during 2019 are linked to outbreaks in New York.

This New York visitor has been connected to 39 people confirmed with measles in Michigan in 2019.

The CDC says measles can be prevented with 2-doses of the MMR-II vaccine. And, children have the option of getting the Proquad vaccine, which protects against measles, mumps, rubella, and varicella.

These measles vaccines are available at most pharmacies.

Anyone can become infected with measles, but the virus is more severe in infants, pregnant women and people whose immune systems are weak, says the CDC.

People infected with the measles virus first develop a fever then may have a cough, runny nose, and watery eyes, followed by the appearance of a rash. And, certain individuals are considered protected or immune to measles if they were born before 1957.