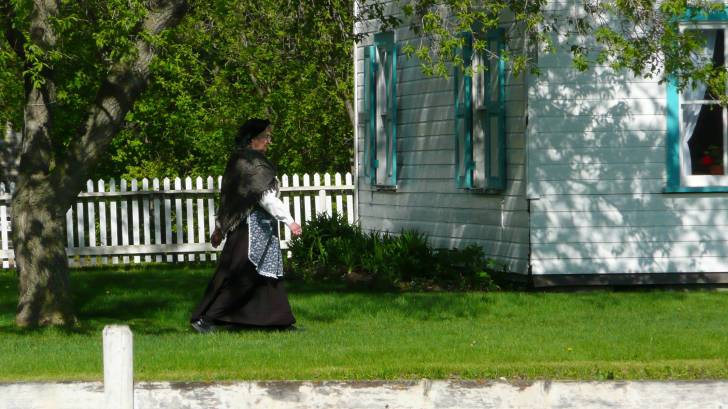 The New York State Department of Health confirmed 5 cases of measles within a Mennonite community, located in Wyoming County.

The NY state and county health departments said in an August 8, 2019, press release, that ‘they are working to determine whether there were additional measles virus exposures.’

Additionally, the state Department of Health has issued a health advisory to regional healthcare providers notifying them of the new measles cases and potential for exposure.

Wyoming County is New York’s #1 agricultural community of about 42,000 residents, located in the western area.

The Wyoming County health officials are actively engaging the Mennonite community to discuss the importance of getting vaccinated to prevent the spread of measles.

Mennonites are a Christian group of the Anabaptist sect that adheres to 19th-century customs of simple living.

This is the 3rd measles outbreak in the state of New York within a religious community.

During June 2019, a new requirement by New York Governor Andrew M. Cuomo ended all non-medical exemptions for vaccines required for children to attend all public, private and parochial schools, as well as childcare programs.

In New York State, measles immunization is required of children enrolled in schools, daycare, and pre-kindergarten. Since August 1990, college students have also been required to demonstrate immunity against measles.

Measles is a highly contagious respiratory disease caused by a virus that is spread by direct contact with nasal or throat secretions of infected people, says the Centers for Disease Control and Prevention (CDC).

The CDC says the measles virus can be prevented with the MMR-II vaccine. This vaccine protects against three diseases: measles, mumps, and rubella.

Children may also get Proquad, which protects against measles, mumps, rubella, and varicella. This vaccine is only licensed for use in children who are 12 months through 12 years of age.

Individuals are considered protected or immune to measles if they were born before 1957, have received 2-doses of measles, mumps, rubella (MMR) vaccine, have had measles disease, or have a lab test confirming immunity.

Individuals who are not immune to measles and are exposed, are at risk for developing measles, says the CDC.

NY state is encouraging healthcare providers to report all suspected cases of measles to their local health department.