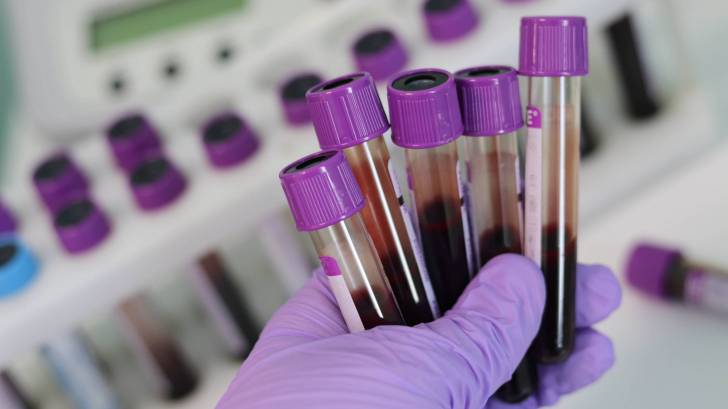 An international research team has developed a blood-based test that can accurately distinguish patients at increased risk for active Tuberculosis (TB) from those likely to have other lung problems.

The new test, described in a paper published in Science Translational Medicine on October 23, 2019, approaches the performance criteria established by the World Health Organization (WHO) for TB triage tests.

The study, which was led by by scientists at the Broad Institute of MIT and Harvard, the Wyss Institute at Harvard University and Brigham and Women’s Hospital, is also a critical step toward a simple, low-cost blood test that can be used anywhere, including low-income areas, for triaging patients suspected of having active TB.

“There is an overwhelming need for a field-deployable test for TB — one that does not require extensive laboratory or other infrastructure, can be used by local care providers across the globe and works on blood samples to stratify at-risk populations or to make a definitive diagnosis,” said senior author Michael Gillette, a senior scientist at the Broad Institute and a critical care physician at Massachusetts General Hospital, in a related press release.

“We aren’t there yet by any means, but our study moves us fundamentally closer to that goal.”

Rapid diagnosis remains a significant challenge, especially in low-resource settings and areas where TB infection rates are high. This is because current TB tests either rely on expensive lab-based equipment or on decades-old methods that are error-prone and slow to yield results.

Moreover, current leading methods require sputum samples, which can be difficult for young children and immunocompromised patients to provide.

Some blood tests have tried to rapidly identify patients who most likely have TB and should get tested further, but those tests are not accurate enough.

This new test could potentially lower the barrier for TB testing by identifying patients who most likely have the disease and can then receive additional, more definitive diagnostic tests.

The team began their search with a panel of likely suspects: 47 different immune system signaling proteins and other markers of infection and inflammation.

The researchers measured the levels of these proteins in blood samples drawn from patients in the Philippines and Tanzania — 199 people with active TB and 188 with other TB-like diseases.

These measurements of patient samples began as part of another global health project, funded by the Bill and Melinda Gates Foundation, that first launched over a decade ago.

The authors used an antibody-based method to measure the proteins because antibodies are a key part of many current clinical tests that allow the tests to be configured for use in care settings without the need for advanced equipment.

The researchers narrowed their list of proteins to 4 markers of inflammation: interleukin-6 (IL-6), IL-8, IL-18, and vascular endothelial growth factor.

The team also added a 5th protein marker, an antibody against a TB protein called Ag85B, which improved the panel’s accuracy in follow-up tests.

Using their technology, the researchers analyzed a blinded, independent set of more than 300 patient samples from Vietnam, South Africa, and Peru from the FIND repository (Foundation for Innovative New Diagnostics).

Before the new test can be used clinically to triage patients, it needs to be studied in a much larger group of patients.

Also, ongoing enhancements of the Simoa technology will make the test suitable for use in low-resource settings and lower the cost to a target of $2 per test.

Importantly, if Gillette and his colleagues can further improve the test’s sensitivity and specificity, it could potentially be used to diagnose patients with TB rather than simply triage them.

“We’re on the cusp of the WHO recommendations and our test has held up in more than 700 patients across multiple continents including people who are HIV-positive or negative, different health contexts, and various strains of TB.”

“But we haven’t evaluated the test prospectively, and there’s still more work to do to improve the test. Ideally, we want a test that’s powerful enough to be a true diagnostic,” concluded Gillette.

Funding for this study was provided in part by a Grand Challenge in Global Health grant from the Bill and Melinda Gates Foundation for the study titled “Population Health Metrics Research Consortium Project” (contract no. 041222241).