The resulting partially purified virus is processed through a sucrose density gradient centrifugation step and fractionated. Each fraction is analyzed for the presence of the virus, and fractions with the highest virus activity are pooled to give a purified virus suspension. The purified virus is then inactivated by treatment with formaldehyde. The final preparation is adjusted to a specified protein concentration and formulated by adding aluminum hydroxide.

The IXIARO JEV was developed through a cooperative research and development agreement with the Walter Reed Army Institute of Research. Valneva SE markets and distributes IXIARO® directly to the U.S. military and private markets. The U.S. Department of Defense (DoD) has relied on IXIARO since 2010 to help protect personnel deployed to JE endemic areas for whom JE vaccination is recommended.

France-based Valneva SE's IXIARO is the only Japanese encephalitis vaccine approved by the U.S. Food and Drug Administration (FDA) against JEV. The FDA approved the Ixiaro vaccine (STN: BL 125280) on March 30, 2009. Ixiaro / JESPECT® is currently licensed for adults in Australia, New Zealand, Europe, Canada, Switzerland, Hong Kong, Singapore, Israel, Norway, Liechtenstein, Iceland, Singapore, Japan, the United Kingdom, and the Republic of Korea. In all other licensed territories, IXIARO®/JESPECT® is indicated for use in persons aged 18 years or more. Visit PreventJE.com, a website for travel health professionals and their patients, focusing on the risk and prevention of Japanese encephalitis for travelers to Asia.

The U.S. Centers for Disease Control and Prevention (CDC) updated its Alert - Level 2, Practice Enhanced Precautions on December 14, 2022, regarding the Japanese encephalitis outbreak in parts of eastern and southeastern Australia. Cases have been reported in rural areas of New South Wales, southern Queensland, southeastern South Australia, and northern Victoria. In addition, in November 2022, the JE virus was detected in pigs in the Murray River region, confirming the risk for JE in humans during Australia's 2022-2023 summer season.

Japanese encephalitis (JE) is a deadly infectious disease found mainly in Asia and Australia. The JE virus is the leading cause of vaccine-preventable encephalitis. JE is fatal in approximately 30% of those who show symptoms, leaving half of the survivors with permanent brain damage. In 2005, JE killed over 1,200 children in only one month during an epidemic outbreak in Uttar Pradesh, India, and Nepal. For most travelers to Asia, the risk for JE is very low but varies based on the destination, length of travel, season, and activities. Ixiaro is indicated for active immunization to prevent disease caused by the Japanese encephalitis virus and is approved for use in individuals two months of age and older.

Immunocompromised individuals may have a diminished immune response to IXIARO®. In addition, syncope can be associated with injectable vaccine administration, including IXIARO®. Therefore, procedures should be in place to prevent injury from falling and manage syncopal reactions.

Vaccination with IXIARO may not protect all individuals. Immunocompromised individuals may have a diminished immune response to IXIARO. In addition, syncope can be associated with injectable vaccine administration, including IXIARO. Procedures should be in place to prevent injury from falling and manage syncopal reactions.

Ixiaro is administered as an intramuscular injection and is approved for use in individuals two months and older. In 2019, the U.S. CDC's ACIP committee strengthened its language on booster doses to say they should be given at least one year after the primary series if the person is experiencing ongoing exposure or re-exposure to the JE virus.

Booster Dose: Individuals 17 years of age and older: If the primary series of two doses was completed more than one year previously, a booster dose might be given if ongoing exposure or re-exposure to JEV is expected; Infants, children, and adolescents two months to <17 years of age: The safety and immunogenicity of a booster dose have not been evaluated.

August 18, 2022 - Valneva SE announced that the U.S. DoD decided not to exercise the second option year of the contract to supply its Japanese encephalitis (JE) vaccine IXIARO® as existing inventory levels are sufficient to meet current needs. The DoD has communicated an interest in negotiating a new supply contract in 2023 once inventory returns to standard levels.

August 11, 2022 - Valneva SE reported product sales of the Company's travel vaccine franchise are expected to reach €70 million to €80 million in 2022.

July 11, 2022 - A non-peer-reviewed study: Safety and immunogenicity following co-administration of Yellow fever vaccine with Tick-borne encephalitis or Japanese encephalitis vaccines concluded: Inactivated TBEV or JEV vaccines can be co-administered with the live attenuated YFV vaccine without an increased risk of adverse events and reduced development of nAbs to the respective viruses.

May 4, 2022 - Japanese encephalitis virus is outbreaking on Australian pig farms. "In the space of just over a week, we went from that little northern tip of Queensland to multiple pig farms across multiple states of Australia involved," she said. All these outbreaks are genotype 4 JEV, Dr. Kristy Richards, DVM, added.

March 24, 2022 - The Company reported sales of IXIARO® were €45.1 million in 2021 compared to €48.5 million in 2020. While the COVID-19 pandemic continues, the impact on IXIARO sales was mitigated by the Company's contract with the U.S. Government's Department of Defense.

October 29, 2021 - Valneva SE announced it had completed its funding and secured approximately €76.5 million before deducting underwriting commissions and estimated expenses payable by the Company.

September 3, 2021 - Valneva SE announced that the U.S. Department of Defense (DoD) had exercised the first option of the contract signed in September 2020 to purchase a further supply of its Japanese encephalitis vaccine IXIARO®. Due to the ongoing impact of the COVID-19 pandemic on DoD operations, the option terms have been amended such that the minimum number of doses for the first option year is now 200,000, with an approximate value of $28.8 million. This brings the total minimum value of the contract to approximately $118 million, assuming the exercise of the second-year option, which remains unchanged, compared to a minimum value of $135 million in the initial contract. To support its customer through this pandemic period, Valneva will also provide additional inventory to DoD after September 2023 to mitigate the potential impact of unused stock that may expire. This replacement inventory will be provided free of charge and recognized as deferred revenue of up to $9 million beginning in the fiscal year 2021.

September 9, 2020 - Valneva SE announced signing a contract lasting up to 3 years with the U.S. Department of Defense (DoD) to supply its Japanese encephalitis vaccine IXIARO®. This new contract has one base year, plus two option years, with a base-year value of $61 million. Deliveries for the base year will commence in the fourth quarter of 2020. In addition, the U.S. DoD can purchase a total of $76 million – $105 million worth of IXIARO® across the two option years.

March 8, 2020 – Valneva SE announced that the Food and Drug Administration (FDA) had approved the extension of the shelf life of its Japanese encephalitis vaccine IXIARO from 24 months to 36 months.

January 14, 2020 – The U.S. Department of Defense (DoD) has exercised an option to purchase 80,000 additional doses of its Japanese encephalitis (JE) vaccine IXIARO®.

June 5, 2019: The European Medicines Agency (EMA) has approved the extension of the shelf life of the Japanese encephalitis vaccine IXIARO from 24 months to 36 months.

March 1, 2019 – According to 2 unanimous votes by the Advisory Committee on Immunization Practices (ACIP) committee at its February 27, 2019 meeting, Japanese Encephalitis (JE) virus vaccination recommendations have been expanded.

JE is a mosquito-borne flavivirus that is Asia's most common vaccine-preventable cause of encephalitis. JE occurs throughout most of Asia and parts of the western Pacific. For most travelers to Asia, the risk for JE is very low but varies based on travel duration, season, location, activities, and accommodations.

JE virus is maintained in an enzootic cycle between mosquitoes and amplifying vertebrate hosts, primarily pigs and wading birds. JE virus is transmitted to humans by infected mosquitoes. In most temperate areas of Asia, JE virus transmission is seasonal, and large outbreaks can occur. Transmission can occur year-round in the subtropics and tropics, often intensifying during the rainy season.

Ixiaro Japanese Encephalitis vaccine has been involved in over 60 clinical trials. 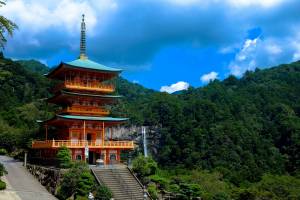 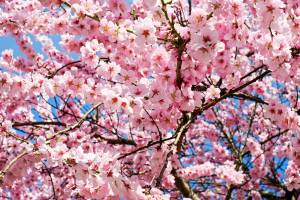