There are numerous scientific challenges to developing an HIV vaccine, says IAVI. HIV vaccine development has accelerated in 2022, with candidates utilizing mRNA technologies. However, as of September 28, 2022, the U.S. FDA has not approved an HIV prevention vaccine, but there are various sponsored clinical trials activity recruitment people to participate in studies.

According to the U.S. NIH, HIV vaccine candidates can not cause HIV infection.

"Finding an HIV vaccine has proven a daunting scientific challenge," stated Anthony S. Fauci, M.D. NIAID director, on March 14, 2022. "With the success of safe and highly effective COVID-19 vaccines, we have an exciting opportunity to learn whether mRNA technology can achieve similar results against HIV infection."

The U.S. NIH says 'people with HIV can benefit from vaccines against other diseases, such as hepatitis B, HPV, influenza, meningococcal, pneumococcal, tetanus, diphtheria, and pertussis.'

mRNA-1574 - Produced by Moderna Inc. and participating in the U.S. NIH's HVTN 302 study to examine the safety and immune responses: 1) BG505 MD39.3 mRNA, 2) BG505 MD39.3 gp151 mRNA, and 3) BG505 MD39.3 gp151 CD4KO mRNA. Each investigational vaccine candidate is designed to present the spike protein found on the surface of HIV that facilitates entry into human cells and encodes for different, but highly related stabilized proteins.

mRNA-1644 (eOD-GT8 60mer) - Was developed by scientific teams at IAVI and Scripps Research and delivered via Moderna's mRNA platform. Recent findings from the Phase I clinical trial IAVI G001 showed that vaccination with the HIV immunogen eOD-GT8 60mer as a recombinant protein vaccine safely induced the targeted immune responses in 97% of recipients.

Additionally, the U.S. Centers for Disease Control and Prevention (CDC) says notable gains have been made in increasing pre-exposure prophylaxis (PrEP) use for HIV prevention. Preliminary data show that in 2020, about 25% of the 1.2 million people for whom PrEP is recommended were prescribed it, compared to only about 3% in 2015.

The U.S. FDA approved Cabotegravir long-acting (LA) produced by London-based Viiv Healthcare in December 2021. As a result, patients can either start their treatment with long-acting injectable cabotegravir or Apretude (Vocabria) (cabotegravir extended-release injectable suspensions) for four weeks to assess how well they tolerate the drug. Apretude was previously granted a Priority Review and Breakthrough Therapy designation.

Leronlimab, a CCR5 antagonist IgG4 monoclonal antibody, is designed to bind to C-C chemokine receptor type 5 (CCR5), a protein on the surface of specific immune system cells believed to play a role in numerous disease processes, including HIV.

A small phase I clinical trial led by Massachusetts General Hospital has tested an anti-HIV strategy involving an adeno-associated viral vector-based gene delivery system that instructs cells to pump out antibodies that block HIV. The treatment was safe and well-tolerated in the trial of eight adults with HIV. In addition, all participants produced measurable amounts of anti-HIV antibodies in the blood as of April 11, 2022.

As of September 28, 2022, there are several studies seeking people to participate in sponsored clinical trials.

September 7, 2022 - The peer-review journal Science Translational Medicine published a study: Stabilized HIV-1 envelope immunization induces neutralizing antibodies to the CD4bs and protects macaques against mucosal infection. CH505 viral isolates were isolated that mutated the V1 to escape both the infection-induced and vaccine-induced antibodies. These results define the specificities of a vaccine-induced nAb response and the protective titers of HIV-1 vaccine-induced nAbs required to protect nonhuman primates from low-dose mucosal challenge by SHIVs bearing a primary transmitted/founder Env.

August 29, 2022 - The journal Nature published: Leveraging lessons learned from the COVID-19 pandemic for HIV. 'We summarize key considerations for an accelerated and re-energized framework for developing a safe and efficacious HIV vaccine.'

August 22, 2022 - Gilead Sciences, Inc. announced that the European Commission granted Marketing Authorization for Sunlenca® (lenacapavir) injection and tablets for the treatment of HIV infection, in combination with other antiretrovirals, in adults with multi-drug resistant HIV infection for whom it is otherwise not possible to construct a suppressive anti-viral regimen.

July 31, 2022 - An analysis presented at AIDS 2022 of the immune responses created by the Imbokodo vaccine, one of the successors to RV144, confirmed that it is possible to induce an antibody response to HIV with a vaccine.

July 28, 2022 - The WHO released new guidelines for the use of long-acting injectable cabotegravir as pre-exposure prophylaxis for HIV.

July 15, 2022 - The U.S. CDC published: Pediatric HIV Case Identification Across 22 PEPFAR-Supported Countries During the COVID-19 Pandemic. During the first 3 months of the COVID-19 pandemic, HIV testing and case identification among children and adolescents aged 1–14 years in 22 PEPFAR-supported countries decreased by about 40% and 29.4%, respectively.

July 12, 2022 - The JAMA journal published: Dual Anti-HIV Antibodies Provide Long-term Viral Suppression. 'The antibody combination was ineffective in patients with HIV that was resistant to 1 or both antibodies. However, future antibodies with greater potency and durability, possibly supplemented with injectable long-term antiretroviral drugs, "could lead to ART-free HIV suppression for extended periods (years)," the authors wrote.'

July 8, 2022 - A new preclinical study led by Oregon Health & Science University researcher Jonah Sacha, Ph.D. will evaluate an experimental drug's (leronlimab) potential use as a gene therapy that could prevent people who have HIV from having to take daily antiviral drugs. In an earlier study, Sacha and colleagues found that leronlimab completely prevented nonhuman primates from being infected with the monkey form of HIV. The study is funded by a grant of up to $5 million awarded to OHSU by the National Institute of Allergy and Infectious Disease.

June 7, 2022 - Emory University in Atlanta, GA, confirmed it is participating in a clinical trial to test mRNA-based HIV vaccine candidates in humans.

July 4, 2022 - NJP Vaccines published - Viral vectors have been around for over forty years, and many of them have been used and are currently being used as vaccines against infectious diseases.

June 14, 2022 - Emory University is participating in Phase I clinical trials to evaluate the use of mRNA HIV vaccines in a clinical trial.

June 7, 2022 - The JAMA published an Original Investigation: Analysis of Postvaccination Breakthrough COVID-19 Infections Among Adults With HIV in the United States. In this cohort study of 113 994 patients, the risk of breakthrough infection was low overall (3.8%) but 28% higher in people with vs. without HIV.

June 7, 2022 - Findings from HPTN 071 (PopART) show delivery of an HIV prevention strategy that includes offering HIV testing to everyone, with immediate referral to HIV care, and treatment for people living with HIV based on prevailing in-country guidelines can substantially reduce new HIV infections.

June 3, 2022 - HOOKIPA Pharma Inc. announced preclinical data, in collaboration with Gilead Sciences, Inc., on arenaviral therapeutic vaccines that are being studied as a component of a potential functional curative regimen for HIV. The study showed both single-vector and alternating 2-vector therapy-induced robust antigen-specific T cell and antibody responses in nonhuman primates. In addition, preclinical data in a separate poster presentation showed the breadth and quality of the immune response with intramuscular administration of arenaviral therapeutic vaccines. Specifically, alternating 2-vector therapy generated robust antigen-specific immune responses throughout the body in peripheral blood mononuclear cells, rectal mucosa, and lymph nodes, all of which are important sites for HIV replication and/or transmission.

May 19, 2022 - Dr. Leo Stamatatos has been developing a different kind of HIV vaccine intended to train a person's immune system to mount a powerful antibody response against the virus that causes AIDS. The most important is a tiny protein, or immunogen, engineered by Stamatatos and his team. Unfortunately, the Hutch immunogen is not capable of stopping HIV.

May 18, 2022 - IAVI and Moderna, Inc. announced that the first participant screenings would soon start for a Phase I clinical trial of an mRNA HIV vaccine antigen (mRNA-1644) in Rwanda and South Africa.

May 11, 2022 - The Coalition for Epidemic Preparedness Innovations (CEPI) and the Kenya-based Victoria Biomedical Research Institute announced a new clinical research program that aims to evaluate the safety and immunogenicity of homologous and heterologous COVID-19 vaccine booster regimens in adolescents and adults living with HIV. CEPI will provide up to US$12.5 million to assess this "mix and match" booster approach.

May 4, 2022 - The peer-review journal Science Advances published a Research Article: Characterization of a vaccine-elicited human antibody with sequence homology to VRC01-class antibodies that binds the C1C2 gp120 domain. 'Our findings support using these immunogens to activate VRC01 B cells in humans.'

April 7, 2022 - Within the Moderna partnership, the program's furthest development is a Phase I clinical trial, IAVI G002, of HIV vaccine antigens delivered by mRNA. The trial was initiated in January 2022 and is testing vaccine antigens originally developed as proteins by a team led by William Schief, Ph.D., professor at Scripps Research and executive director of vaccine design at IAVI's Neutralizing Antibody Center.

March 29, 2022 - The Janssen Pharmaceutical Companies of J&J announced the U.S. FDA approved CABENUVA for the treatment of HIV-1 in virologically suppressed adolescents (HIV-1 RNA less than 50 copies per milliliter [c/mL]) who are 12 years of age or older, weigh at least 35 kg and are on a stable antiretroviral regimen, with no history of treatment failure, nor known or suspected resistance to either cabotegravir or rilpivirine. Co-developed as part of a collaboration with ViiV Healthcare, CABENUVA is the first and only complete long-acting HIV-1 treatment regimen and the first to be made available for eligible adolescents.

March 24, 2022 - Moderna Inc. confirmed it is advancing clinical trials of HIV vaccines. First, enrollment is underway in two Phase 1 trials of mRNA-1644 in collaboration with IAVI and the Bill & Melinda Gates Foundation. Second, dosing is ongoing in a Phase 1 trial (mRNA-1574) designed to evaluate the safety and immunogenicity of experimental HIV trimer mRNA vaccines. The primary hypothesis is that the soluble and membrane-bound HIV envelope trimer mRNA vaccines will be safe and well-tolerated by HIV-uninfected individuals and elicit autologous neutralizing antibodies. The trial will enroll approximately 100 HIV-negative adults aged 18 to 55 years.

March 23, 2022 - New York Blood Center's Project ACHIEVE and Columbia University's Columbia Research Unit are working in partnership for the New York City effort to advance the Phase 1 trial, titled HVTN 302, which is the second trial of its kind and will be enrolling up to 108 people across ten sites in the United States to test 3 different experimental vaccines against HIV using the mRNA vaccine technology that has been successful in fighting COVID-19.

March 14, 2022 - Moderna, Inc. announced that the first participant had been dosed in a clinical trial of an experimental human immunodeficiency virus trimer mRNA vaccine (mRNA-1574).

February 1, 2022 - The Janssen Pharmaceutical Companies of Johnson & Johnson today announced the U.S. FDA approved an expanded label for CABENUVA (rilpivirine and cabotegravir) to be administered every two months for the treatment of HIV-1 in virologically suppressed adults (HIV-1 RNA less than 50 copies per milliliter [c/ml]) on a stable regimen, with no history of treatment failure, and with no known or suspected resistance to either rilpivirine or cabotegravir. On March 24, the FDA approved a label update for Cabenuva (cabotegravir, rilpivirine), making the oral lead-in with cabotegravir and rilpivirine tablets optional.

January 27, 2022 - IAVI and Moderna announced that the first doses had been administered in a clinical trial of experimental HIV vaccine antigens at George Washington University School of Medicine and Health Sciences in Washington, D.C.

December 20, 2021 - The U.S. FDA approved Apretude (cabotegravir extended-release injectable suspension) for at-risk adults and adolescents weighing at least 35 kilograms for pre-exposure prophylaxis (PrEP) to reduce the risk of sexually acquired HIV. Apretude is given first as two initiation injections administered one month apart and then every two months. Patients can either start their treatment with Apretude or take oral cabotegravir (Vocabria) for four weeks to assess how well they tolerate the drug.

However, the CDC recently reported that people aged 13-24 accounted for 21% of all new HIV diagnoses in the U.S. and dependent areas in 2018. 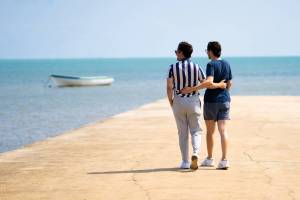 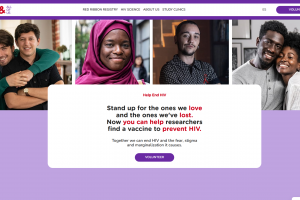 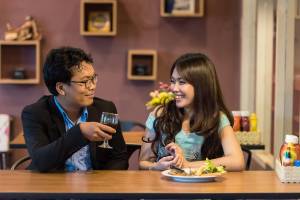 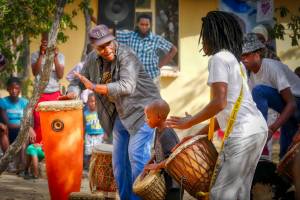