Cervarix has shown to be 93% efficacious in the prevention of cervical pre-cancers (cervical intraepithelial neoplasia 2+/ CIN 2+ or adenocarcinoma in situ) associated with HPV 16 or 18 in women without evidence of current infection with or prior exposure to, the same HPV type at the time of vaccination.

A register-based study in England where girls were offered the HPV vaccine at age 12 to 13 had an 87% reduction in cervical cancer and a 97% reduction in precancerous lesions (cervical intraepithelial neoplasia, CIN, grade 3); a more significant effect than expected based on the incidence of HPV 16/18 strains (68%) included in the vaccine. Cervarix has also shown to be effective 93·2% (78·9–98·7) against all CIN3+, irrespective of HPV type in the lesion and including lesions with no HPV 16/18 DNA detected, suggesting a wider than HPV 16/18 benefit.

Cervarix was initially approved for use in the USA in October 2009. Since 2016, Cervarix is no longer available in the U.S. However, Cervarix is available in China, Europe, the Netherlands, and the U.K. This prospective, multi-age birth cohort clinical study aims to assess the impact of Cervarix on HPV infection and cervical-related diseases in the real world.

GlaxoSmithKline's vaccines business GSK Biologicals is one of the world's leading vaccine companies and a leader in innovation.

Cervarix is indicated to prevent the following diseases caused by oncogenic human papillomavirus (HPV) types 16 and 18. In addition, vaccination with the HPV vaccine in the female population at appropriate ages may significantly reduce the morbidity of cervical cancer and precancerous lesions, thereby reducing the burden of the disease.

Cervarix is administered in three doses (0.5-mL each) by intramuscular injection according to the following schedule: 0, 1, and 6 months. On February 10, 2022, the Joint Committee on Vaccination and Immunisation (JCVI) announced that it is ready to issue interim advice on moving to a one-dose schedule for the routine adolescent program. JCVI recommends moving to a one-dose schedule from the current two-dose schedule. "The evidence strongly indicated that one dose of the bivalent or quadrivalent vaccine will protect against infection and clinical endpoints for more than ten years."

January 31, 2022 - The Netherlands expanded its HPV vaccination program to include all adolescents.

November 3, 2021 - The Lancet published a recent study in the United Kingdom - The effects of the national HPV vaccination program in England, UK, on cervical cancer and grade 3 cervical intraepithelial neoplasia incidence: a register-based observational study. These researchers estimated that by June 30, 2019, there had been 448 fewer than expected cervical cancers and 17,235 fewer than expected cases of CIN3 in vaccinated cohorts in England.

January 6, 2021 - S.K. Bioscience announced that it had signed a co-promotion and distribution agreement for major vaccines with GlaxoSmithKline (GSK), a global pharmaceutical company, to expand its share in the local vaccine market and "Cervarix" for cervical cancer.

July 28, 2020 - Worldwide vaccination programs for human papillomavirus (HPV) have evolved substantially over the last decade. There are currently three approved vaccines for HPV: Cervarix, Gardasil, and Gardasil 9. Merck & Co's Gardasil, a quadrivalent vaccine, was first-to-market with its debut in 2006, narrowly ahead of the 2007 release of GlaxoSmithKline's rival bivalent vaccine, Cervarix. Both vaccines are based on the recombinant expression of major capsid antigen L1 from different HPV serotypes, self-assembled into virus-like particles.

October 24, 2016 - GlaxoSmithKline announced they would no longer market its HPV bivalent vaccine, Cervarix, in the United States.

October 16, 2009 - GlaxoSmithKline (GSK) announced today that the U.S. Food and Drug Administration had approved Cervarix® [Human papillomavirus bivalent (types 16 and 18) vaccine, recombinant] for the prevention of cervical pre-cancers and cervical cancer associated with oncogenic human papillomavirus (HPV) types 16 and 18 for use in girls and young women (aged 10-25).

The FDA's approval of Cervarix was based on data from clinical trials in more than 30 countries involving a diverse population of nearly 30,000 girls and young women receiving Cervarix. 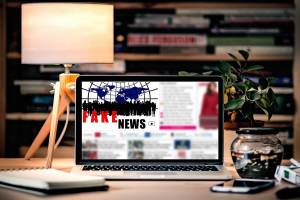 Status:
Approved
Availability:
Outside the USA