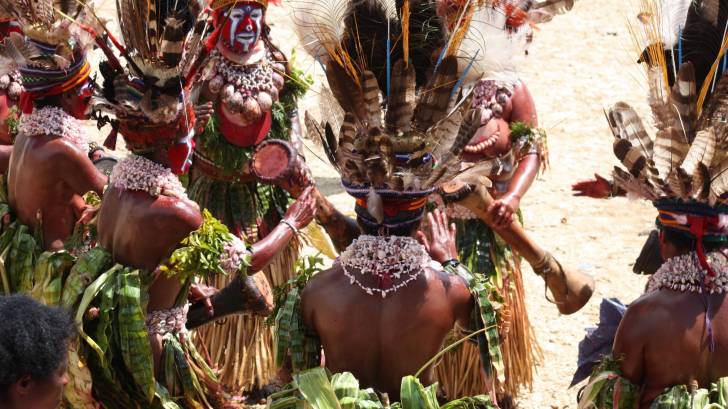 Three cases of poliovirus have been confirmed circulating in Papua New Guinea over the past 90 days, which represents an ongoing outbreak of this person to person spreading virus.

Papua New Guinea, which is located in the southwestern Pacific, north of Australia, has not had a case of wild poliovirus since 1996, and the country was certified as polio-free in 2000 by the World Health Organization (WHO).

Polio or poliomyelitis is caused by the poliovirus, which can invade an infected person’s brain and spinal cord, causing paralysis, and potentially death.

On June 25, 2018, the National Department of Health (NDOH) of Papua New Guinea and the WHO confirmed in a press release that the strain of poliovirus was detected in a child from Morobe Province in April 2018.

The Morobe Province reported only 61 percent polio vaccine coverage of children who received the recommended 3 doses.

Separately, on June 22, 2018, the United States Centers for Disease Control and Prevention (CDC) confirmed that the same virus was also isolated from stool specimens of 2 children from the same community.

On rare occasions, if a population is seriously under-immunized, an excreted vaccine-virus can circulate for an extended period of time. The longer it is allowed to survive, the more genetic changes it undergoes.

In very rare instances, the vaccine-virus can genetically change into a form that can paralyze, this is what is known as a circulating vaccine-derived poliovirus (cVDPV).

“We are deeply concerned about this polio case in Papua New Guinea, and the fact that the virus is circulating,” said Pascoe Kase, Secretary of the NDOH.

In response, the WHO and NDOH are conducting large-scale immunization campaigns and strengthening surveillance systems that help detect the polio virus.

To date, 845 children from the Lufa Mountain Settlement have been vaccinated.

Oral polio vaccine (OPV) contains an attenuated (weakened) vaccine-virus, which activates an immune response in the body, reports the WHO.

When a child is immunized with OPV, the weakened vaccine-virus replicates in the intestine for a limited period, thereby developing immunity, by building up antibodies.

During this time, the vaccine-virus is also excreted.

In areas of inadequate sanitation, this excreted vaccine-virus can spread in the immediate community, which offers protection to other children through ‘passive’ immunization.

Because of relatively limited travel to and from this area and the planned immunization activities, WHO assesses the risk of international spread of the cVDPV from Papua New Guinea to other countries to be low.

But, the WHO recommends that all travelers to polio-affected areas be fully vaccinated, as a risk precaution.

Additionally, residents and visitors for more than 4 weeks near infected areas should receive an additional dose of OPV or inactivated polio vaccine (IPV) within 4 weeks to 12 months of travel.

Travel vaccination appointments can be scheduled at Vax-Before-Travel.

The CDC suggests international travelers check their polio immunization status with a healthcare provider before visiting these countries.