Lyme Disease vaccine candidate VLA15 is a multivalent vaccine targeting the outer surface protein A (OspA) of Borrelia. It is designed for prophylactic, active immunization against Lyme disease, aiming for protection against most human pathogenic Borrelia species.

Valneva's VLA15 Lyme disease vaccine is designed to confer protection by raising antibodies that prevent Borrelia from migrating from ticks to humans after a bite. The safety profile is expected to be similar to other vaccines using the same technology that has been approved for active immunization in adults and children.

The VLA15 vaccine is currently the only active vaccine program in human clinical development against Lyme disease. The program was granted Fast Track designation by the U.S. FDA in July 2017. The medical need for a Lyme disease vaccine is steadily increasing as the disease footprint widens in the USA and Europe.

On April 30, 2020, Valneva and Pfizer announced they would work closely together throughout the development of VLA15. Pfizer will lead to late-stage development and sole control of the vaccine's commercialization.

On July 22, 2020, the Phase 2 study VLA15-201 announced it met its endpoints. Compared to Phase 1, the higher doses used in this trial elicited higher antibody responses across all serotypes. And, encouraging immunogenicity profile confirmed, including older adults.

Valneva announced various results and forecasts on August 4, 2020, highlighting the first Phase 2 study in the EU and US. The endpoint readout was immunogenicity at Day 85 (1-month after finalization of primary immunization).

And recently, Valneva announced its plans to accelerate pediatric development on December 2, 2020. If approved, it will be the first clinical study of VLA15 to enroll a pediatric population aged 5-17 years and compare the 3-dose vaccination schedule Month 0-2-6 with a reduced two-dose schedule of Month 0-6. This study will complement the two ongoing Phase 2 studies, VLA15-201 (initial positive data reported on 22nd July 2020) and VLA15-202 (initial positive data reported on 20th October 2020).

Juan Carlos Jaramillo, M.D., Chief Medical Officer of Valneva, commented: “We believe that including the pediatric population early on could provide support for the Phase 3 study to include all major target groups for our future Lyme vaccine candidate and may potentially support successful market access including respective recommendations. We are pleased that Pfizer and Valneva have decided to accelerate this development step while preparing for a potential Phase 3 start, expected in 2022.”

Lyme disease is a systemic infection caused by Borrelia bacteria transmitted to humans by infected Ixodes ticks. It is considered the most common vector-borne illness in the Northern Hemisphere. The target population includes individuals at risk above 2 years of age living in endemic areas, people planning to travel to endemic areas to pursue outdoor activities, and people at risk who have a history of Lyme disease (infection with Borrelia does not confer protective immunity against all pathogenic Borrelia species).

On October 30, 2020, the U.S. CDC stated, 'The only vaccine previously marketed in the United States, LYMERix, was discontinued by the manufacturer in 2002, citing insufficient consumer demand. The protection provided by this vaccine decreases over time. Therefore, if you received this vaccine before 2002, you are probably no longer protected against Lyme disease.'

Valneva has been conducting two Phase 2 studies parallel with more than 800 people. In the first study, VLA15-201, a short vaccination schedule has been tested (0-1-2 months) in 572 subjects, while in the second study, VLA15-202, a longer vaccination schedule (0-2-6 months) has been tested in 246 subjects. In both studies, people received 2-dose levels (either 135µg or 180µg) of VLA15 in 3 injections or placebo.

The U.S. CDC currently recommends a 2-step testing process for Lyme disease. Both steps are required and can be done using the same blood sample.

May 11, 2021 - Valneva SE announced the Aggregate gross proceeds of the Global Offering, after full exercise of the Option, before deducting underwriting commissions and estimated expenses payable by the Company, were approximately $107.6 million (€89.6 million).

April 10, 2021 - Valneva SE (VALN) announced that it had filed a registration statement on Form F-1 with the U.S. Securities and Exchange Commission relating to a proposed initial public offering of its American Depositary Shares representing ordinary shares in the United States and a concurrent offering of its ordinary shares in certain jurisdictions outside of the United States.

March 8, 2021 - Valneva SE and Pfizer Inc. announced the initiation of the clinical study VLA15-221. The VLA15-221 study builds on previous positive Phase 2 studies, incorporates new dose regimens, and is anticipated to be the final Phase 2 study readout before deciding to progress into pivotal Phase 3 studies. Juan Carlos Jaramillo, M.D., Chief Medical Officer of Valneva, commented in a press statement, “This trial initiation marks an important step in the development of VLA15 toward potential licensure. Including a pediatric population in Phase 2 means we could, if successful, add this population to the Phase 3 research program to potentially offer a vaccine for Lyme disease that may help prevent disease in both adults and children if approved. We are pleased that, together with our partner Pfizer, we have decided to pursue this development while preparing for a potential Phase 3 start.”

February 25, 2021 - Valneva Reports FY 2020 Results and Major Corporate Achievements. Unprecedented partnering deal signed with Pfizer for Lyme disease vaccine candidate VLA15, including $130 million upfront payment as part of over $300 million for upfront and milestone payments. Thomas Lingelbach, Chief Executive Officer, commented, “2020 was a transformational year for Valneva, marked by major partnerships with Pfizer and the UK government as well as substantial progress across all of our clinical programs.”

February 23, 2021 - News article: I found myself asking Dr. Mark Klempner from MassBiologics, the nonprofit unit of UMass Medical School that developed the injection. "Two more years of fear in the forest?"

December 2, 2020 - Valneva SE announced plans to accelerate its Lyme vaccine candidate's pediatric development, VLA15, in collaboration with Pfizer Inc. With the planned initiation of study VLA15-221 in the first quarter of 2021, subject to regulatory approval. If approved, it will be the first clinical study of VLA15 to enroll a pediatric population aged 5-17 years and compare the three-dose vaccination schedule Month 0-2-6 with a reduced two-dose schedule of Month 0-6. “This will be an important study that we anticipate will provide evidence that the vaccine can be used in the populations that are at risk of the devastating consequences of Lyme disease, using a simplified schedule,” said Kathrin Jansen, Senior Vice President and Head of Pfizer Vaccine Research and Development.

November 3, 2020 - Valneva reported a Serum Bactericidal Assay (SBA), assessing the functional immune response against Lyme disease after vaccination with VLA15, which was conducted for the first time VLA15-202 and demonstrated the functionality of antibodies against all OspA serotypes. Assays, such as SBAs, are commonly used to enable a potential prediction of vaccine efficacy via the measurement of vaccine-induced functional immune responses. VLA15-202 safety and immunogenicity data at Day 208 support advancing the program with the Month 0-2-6 schedule. Valneva and Pfizer will finalize the dosage analysis and prepare for the next development steps in the coming months.

August 12, 2020 - A national survey was jointly created with Hollins University, Duke University, Clemson University, and the University of Rhode Island to determine if coronavirus restrictions have affected the time that people or their pets spend outdoors and if this change is associated with an increased risk of exposure to ticks.

June 8, 2020 – Valneva SE announced that the antitrust-related condition precedent for its Lyme vaccine collaboration agreement with Pfizer had been met. As a result, the Agreement is now effective, and Valneva will receive a $130 million upfront payment. Valneva and Pfizer announced their collaboration at the end of April 2020 to develop and commercialize Valneva’s Lyme disease vaccine candidate VLA15, currently in Phase 2 clinical studies.

May 25, 2020 - Clinicians should be aware of Lyme carditis's risk in patients presenting with atrioventricular (AV) block, especially those with a history of outdoor exposure in Lyme endemic areas, even if they do not endorse tick exposure or history of erythema migrans.

March 24, 2020 - Valneva SE said it 'continues to closely follow the study monitoring/visits/blood draws within the COVID-19 framework and sees the Phase 2 progress as relatively unaffected. All testing activities relating to the data analysis proceed to provide the first Phase 2 data mid-2020. The Company also re-affirms its commitment to complete the partnering process for late-stage development and commercialization in the next few months.

September 30, 2019 - Valneva SE announced that it had completed patient recruitment of the Phase 2 studies for its Lyme disease vaccine candidate, VLA15. Valneva SE said in a press release published on September 30, 2019, comprising immunogenicity and safety data from these studies are expected in mid-2020, will support the dose and vaccination schedule to be used in Phase 3 clinical studies.

July 1, 2019: A second Phase 2 clinical trial for the development of Lyme disease vaccine candidate VLA15 has been announced. Following the Run-In phase for Valneva’s first Phase 2 study, VLA15-201, the 2 dosage levels (135µg and 180µg) have been selected for further development based on Data and Safety Monitoring Board clearance.

June 12, 2019 - An independent Data Safety Monitoring Board has cleared 2 dosage levels to be used for clinical development.

VLA15 continues to go under clinical trials to the Immunogenicity and Safety as well as dosing. 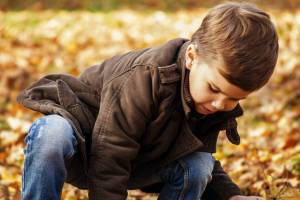 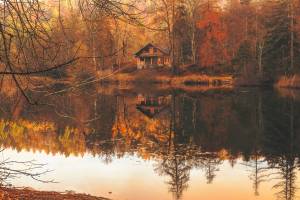 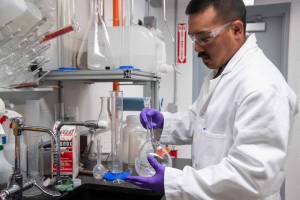 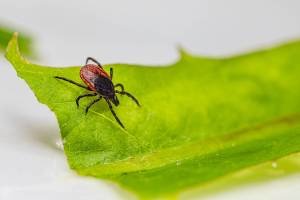 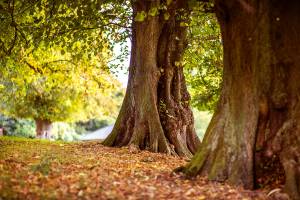