Takeda's QDENGA® (TAK-003) (Dengue Tetravalent Vaccine [Live, Attenuated]) is a tetravalent dengue vaccine preventing dengue fever caused by any of the four serotypes of the dengue virus that causes dengue fever or Severe Dengue. QDENGA® is based on a live-attenuated dengue serotype two virus, which provides the genetic "backbone" for all four dengue serotypes. The active substance of Qdenga (ATC code: J07BX04) contains live attenuated dengue viruses, which replicate locally and elicit humoral and cellular immune responses against the four dengue virus serotypes.

Takeda's current clinical development program for QDENGA consists of five Phase 3 trials. Phase 1 and 2 data in children and adolescents showed that TAK-003 induced immune responses against all four dengue serotypes in seropositive and seronegative participants. In addition, the vaccine was found to be generally safe and well-tolerated.

In a November 2019 study, Qdenga demonstrated protection against virologically confirmed dengue in children ages 4 to 16. The vaccine efficacy (VE) was 80.2% in the 12 months after the 2nd vaccine dose, administered three months after the 1st dose. In addition, the lancet published an article on March 17, 2020, safety and immunogenicity of a tetravalent dengue vaccine in children aged 2–17 years: a randomized, placebo-controlled, phase 2 trial, which concluded by saying 'TAK-003 elicited antibody responses against all four serotypes, which persisted to 48 months post-vaccination, regardless of baseline serostatus.'

On March 25, 2021, Takeda announced it was participating in the European Medicines Agency's (EMA) first-ever parallel assessment of a medicinal product for use in the European Union (EU) and through the EU-M4all (Article 58) procedure for countries outside of the EU. In addition, on May 20, 2021, an audio review of Three Years Efficacy of Takeda's Tetravalent Dengue Vaccine Candidate was published. The journal Clinical Infectious Disease published an ACCEPTED MANUSCRIPT on October 4, 2021: Three years efficacy and safety of Takeda's dengue vaccine candidate (TAK-003). This study concluded 'TAK-003 was efficacious against symptomatic dengue over three years. Efficacy declined over time but remained robust against hospitalized dengue.'

New long-term results announced on June 9, 2022, supplement previously published TIDES clinical study data that demonstrated the candidate vaccine met its primary endpoint of overall VE against VCD, with 80.2% efficacy at 12-month follow-up, as well as all secondary endpoints for which there were a sufficient number of dengue cases at 18-months follow-up, including 90.4% VE against hospitalized dengue. While the long-term follow-up for the primary two-dose series has been completed, the TIDES trial remains ongoing to evaluate the safety and efficacy of a booster dose.

On August 22, 2022, Takeda confirmed that QDENGA had been authorized in Indonesia. And on December 8, 2022, Qdenga became the only dengue vaccine approved in Europe for use regardless of previous dengue exposure and without needing pre-vaccination testing. Previously, on October 13, 2022, Europe's Committee for Medicinal Products for Human Use adopted a positive opinion, recommending granting marketing authorization to Takeda GmbH for Qdenga EMEA/H/C/005155, intended for prophylaxis against dengue disease.

In the U.S.,  Takeda announced on November 22, 2022, that the U.S. Food and Drug Administration (FDA) had accepted and granted priority review of the Biologics License Application (BLA) for TAK-003 for the prevention of dengue disease caused by any dengue virus serotype in individuals four years through 60 years of age.

Osaka-based Takeda Pharmaceutical Company Limited (TSE: 4502, NYSE: TAK) is a global, values-based, R&D-driven biopharmaceutical leader headquartered in Japan, committed to discovering and delivering life-transforming treatments, guided by our commitment to patients, our people, and the planet in approximately 80 countries and regions. For more information, visit https://www.takeda.com.

The Indonesia National Agency for Drug and Food Control, Badan Pengawas Obat dan Makanan (BPOM) authorized QDENGA to prevent dengue disease caused by any serotype in individuals six to 45 years of age on August 22, 2022. BPOM issued a distribution permit for QDENGA to be used in Indonesia on September 9, 2022.

The Qdenga TAK-003 vaccine prevents the Dengue virus caused by the four Dengue serotypes. Dengue is the fastest-spreading mosquito-borne viral disease and is one of the World Health Organization's top 10 global health threats in 2019. Dengue is pandemic-prone, and outbreaks are observed in tropical and sub-tropical areas and have recently caused outbreaks in parts of the continental United States and Europe. Approximately half of the world lives under the threat of dengue, which is estimated to cause 390 million infections, 500,000 hospitalizations, and 20,000 deaths globally each year.

"The global health community has been eager for a dengue vaccine accessible without the barrier of pre-vaccination testing," said Dr. Ooi Eng Eong, Professor of Emerging Infectious Diseases at Duke-NUS Medical School in Singapore.

Severe dengue accounts for about 5% of dengue cases and is a leading cause of serious illness and death among children and adults in Latin America and Asia. In addition, Dengue is the second most diagnosed cause of fever in travelers returning to Europe from endemic countries.

In clinical studies, TAK-003 was given as a DV 0.5 mL subcutaneous injection on Day 1 and Day 90. The onset of protection was seen after the 1st dose, with 81% VE between the 1st and 2nd doses. Results Through 4.5 Years Conclude Evaluating the Primary Two-Dose Series of TAK-003.

In the EU Member States, QDENGA should be administered subcutaneously as a 0.5 mL dose at a two-dose (0 and 3 months) schedule under the approved dosing regimen.

Qdenga is available as a powder and solvent for solution for injection.

The ongoing phase 3 study demonstrated rates of serious adverse events were 2.9% in the TAK-003 group and 3.5% in the placebo group during the continuing long-term follow-up (i.e., the second half of the three years following vaccination), but none were related. Therefore, no critical safety risks were identified.

The European Medicines Agency says there is no clear evidence of a higher risk of severe dengue disease in previously infected people.

December 8, 2022 - Dr. Tomas Jelinek, Medical Director of the Berlin Centre for Travel and Tropical Medicine and Scientific Director of the CRM Centrum für Reisemedizin Dusseldorf, commented in a press release, "As a clinician, it is encouraging to have a new dengue vaccination tool (in the EU) available for a broad population of my patients."

December 5, 2022 - The U.S. CDC updated its Watch - Level 1, Practice Usual Precautions, regarding dengue outbreaks in Africa and the Middle East.

November 22, 2022 - "If approved, we believe TAK-003 has the potential to become an important dengue prevention option for healthcare providers, and we continue to be encouraged by our discussions with the FDA," said Gary Dubin, M.D., president of the Global Vaccine Business Unit at Takeda, in a press release.

November 11, 2022 - The journal Nature published: Dengue vaccine poised for roll-out, but safety concerns linger. The data show that Qdenga is safe, regardless of past dengue exposure, the spokesperson says.

October 14, 2022 - The EMA's human medicines committee recommended granting marketing authorization for the QDENGA Dengue Tetravalent Vaccine (Live, Attenuated) to prevent dengue virus serotypes 1, 2, 3, and 4 in people from four years of age. Gary Dubin, M.D., president of the Global Vaccine Business Unit at Takeda, stated, "We have been working for many years to help improve how dengue can be prevented. Our efforts to provide a new option for dengue prevention support Takeda's overall goal to provide long-term societal value to the people we serve."

September 29, 2022 - What Clinicians Need to Know about Dengue in the United States: Clinician Outreach and Communication Activity Call presentation.

September 8, 2022 - The peer-review Internation Journal of Infections Disease published a Review article: Epidemiology and costs of dengue in Malaysia: a systematic literature review. Conclusion: To appropriately mitigate and control dengue, it is critical to implement integrated strategies, including vaccination, to reduce the burden of dengue.

August 22, 2022 - Gary Dubin, president of Takeda's Vaccine Business Unit, announced, "We're proud to introduce QDENGA as a new dengue prevention tool to the people of Indonesia, and we will continue to work with additional regulatory agencies to make QDENGA available globally."

July 28, 2022 - Takeda announced data from the Phase 3 TIDES clinical trial were presented at the 8th Northern European Conference on Travel Medicine. TAK-003 is undergoing regulatory review in the European Union and select dengue-endemic countries, with decisions expected in FY2022.

June 9, 2022 - Takeda announced that TAK-003 prevented 84% of hospitalized dengue cases and 61% of symptomatic dengue cases, with no important safety risks identified, in the overall population, including both seropositive and seronegative individuals through 54 months after vaccination in the pivotal Phase 3 TIDES clinical trial.

May 16, 2022 - National Dengue Day is used to spread awareness of this vector-borne disease and how to prevent it in India.

December 16, 2021 - The JAMA Network published a Viewpoint: Vaccination for Dengue Prevention. Physicians practicing in dengue-endemic areas of US territories and affiliated states can promote health equity by implementing screen-and-vaccinate programs among children 9 to 16 years old. In contrast, physicians in all areas should be aware of new tools and possibilities in the rapidly developing field of dengue prevention.

July 30, 2021 - Takeda said the European Medicines Agency had converted a previous accelerated review of Takeda's dengue vaccine, TAK-003, to standard assessment. As a result, the Company expects a decision next year instead of a potential approval by the end of 2022.

March 25, 2021 - Takeda announced that the European Medicines Agency (EMA) had accepted the Company's filing packages for its dengue vaccine candidate (TAK-003). As a result, Takeda participates in the EMA's first-ever parallel assessment of a medicinal product for use in the European Union (EU) and through the EU-M4all (previously Article 58) procedure for countries outside the EU. Additionally, Takeda stated it intended to submit regulatory filings in Argentina, Brazil, Colombia, Indonesia, Malaysia, Mexico, Singapore, Sri Lanka, and Thailand in 2021.

December 15, 2020 - Study: Efficacy of a Dengue Vaccine Candidate (TAK-003) in Healthy Children and Adolescents 2 Years after Vaccination. TAK-003 demonstrated continued benefit independent of baseline serostatus in reducing dengue with some decline in efficacy during the second year. Three-year data will be essential to see if efficacy stabilizes or declines further. Takeda's tetravalent dengue vaccine (TAK-003) continued to demonstrate benefit in reducing dengue independent of baseline serostatus up to 2 years after vaccination, with some decline in efficacy in the second year in 4–16-year-olds in dengue-endemic countries.

July 13, 2020 - The phase 2 trial demonstrated the persistence of neutralizing antibody titers against TAK-003 over three years in children and adults living in dengue-endemic countries, with limited contribution from natural infection. TAK-003 was well tolerated. At month 36, seropositivity rates were 97.3%, 98.7%, 88.0%, and 56.0% for DENV-1, -2, -3, and -4, respectively. Seropositivity rates varied significantly for DENV-4 according to serostatus at baseline (89.5% in seropositives versus 21.6% in seronegatives). No vaccine-related SAEs were reported.

March 17, 2020 - The Lancet published the 'Safety and immunogenicity of a tetravalent dengue vaccine in children aged 2–17: a randomized, placebo-controlled, phase 2 trial.

March 17, 2020 - Commentary published by The Lancet: Evaluate a tetravalent dengue vaccine by serostatus and serotype.

January 29, 2019 - Takeda announced that TAK-003, which is in a pivotal Phase 3 trial, met the primary efficacy endpoint. This first analysis of the Tetravalent Immunization against Dengue Efficacy Study (TIDES) trial showed that its investigational live-attenuated tetravalent dengue vaccine was efficacious in preventing dengue fever caused by any of the four serotypes of the virus. In addition, while the extensive data set review is ongoing, TAK-003 was well tolerated, with no significant safety concerns to date. The TIDES trial continues, and additional results are expected later this year and from other Phase 3 studies.

These new long-term results supplement previously published TIDES data that demonstrated the candidate vaccine met its primary endpoint of overall VE against VCD, with 80.2% efficacy at 12-month follow-up, as well as all secondary endpoints for which there were a sufficient number of dengue cases at 18-months follow-up, including 90.4% VE against hospitalized dengue. While the long-term follow-up for the primary two-dose series has been completed, the TIDES trial remains ongoing to evaluate the safety and efficacy of a booster dose. The TIDES trial is Takeda's largest interventional clinical trial, enrolling more than 20,000 healthy children and adolescents four to 16 years of age, across eight dengue-endemic countries, over the past four and a half years. 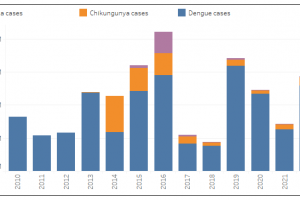 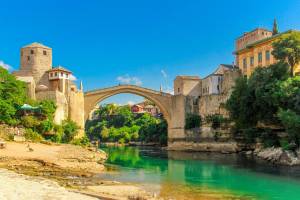 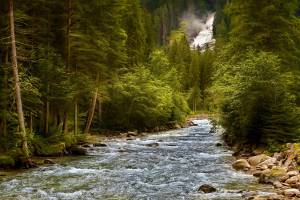 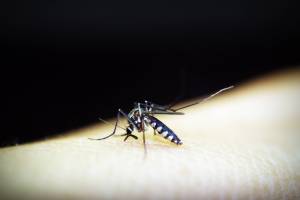 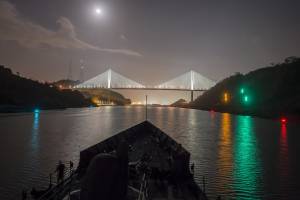