Merck's ProQuad (MMRV) is a vaccine indicated for active immunization to prevent measles, mumps, rubella, and varicella in children 12 months through 12 years of age. Proquad should not be administered to individuals with certain medical conditions, including blood dyscrasias, leukemia, lymphomas of any type, other malignant neoplasms affecting the bone marrow or lymphatic system, or individuals with any immunodeficient condition or receiving immunosuppressive therapy. Proquad also not be used in individuals with active untreated tuberculosis or active febrile illness with a fever (> 101.3 degrees F) or pregnant women.

Pregnancy: ProQuad is contraindicated for use in pregnant women. Do not administer ProQuad to women planning to become pregnant in the next three months. Because of the importance of rubella and varicella immunity among women of childbearing age, the postpartum vaccination of women without evidence of immunity to rubella or varicella with MMR, varicella, or MMRV vaccines should not be delayed because of receipt of anti-Rho(D) globulin or any other blood product during the last trimester of pregnancy or at delivery, says the CDC.

AU TGA pregnancy category B2: Drugs that have been taken by only a limited number of pregnant women and women of childbearing age, without an increase in the frequency of malformation or other direct or indirect harmful effects on the human fetus having been observed. Studies in animals are inadequate or lacking, but available data show no evidence of an increased occurrence of fetal damage.

The CDC published updated vaccination schedules for 2022 on Feb. 17, 2022. Each 0.5-mL dose of ProQuad is administered subcutaneously. The first dose is usually administered at 12 to 15 months of age but can be given anytime through 12 years of age. If the second dose of measles, mumps, rubella, and varicella vaccine is needed, ProQuad may be used. This dose is usually administered at 4 to 6 years of age. At least one month should elapse between a dose of a measles-containing vaccine, such as M-M-R II. The third dose of MMR might be recommended in certain mumps outbreak situations. However, at least three months should elapse between a dose of varicella-containing vaccine and ProQuad.

The following cautions have been reported for ProQuad: fever, injection-site reactions (pain/tenderness/soreness, erythema, and swelling); irritability; and rash on the body or at the injection site. In addition, systemic vaccine-related adverse events reported at a significantly greater rate in recipients of ProQuad than in recipients of the component vaccines administered concomitantly were fever and measles-like rash.

Hypersensitivity: ProQuad is contraindicated in patients with a history of anaphylactic reaction or hypersensitivity to any vaccine component (including gelatin or neomycin) or an initial dose of measles mumps, rubella, or varicella-containing vaccine. Use caution when administering ProQuad to individuals with anaphylaxis or immediate hypersensitivity to eggs.

GSK reported on February 9, 2022, MMRV vaccines sales were stable at AER but grew 4% CER to £260 million, largely driven by higher demand in International.

April 27, 2022 - The WHO reported 21 large and disruptive measles outbreaks around the world in the last 12 months. Most of the measles cases were reported in Africa and the East Mediterranean region.

March 11, 2022 - The CDC published: Notes from the Field: Congenital Varicella Syndrome Case — Illinois, 2021. This case reaffirms current Advisory Committee on Immunization Practices recommendations for preventing varicella that all adults be assessed for varicella immunity and that those who do not have evidence of immunity† should receive 2 doses of varicella vaccine, with special emphasis for adult groups at high risk, including nonpregnant women of childbearing age.

January 27, 2022 - The Lancet published an article that stated: Disrupted vaccination activities during the pandemic increase the potential for another resurgence of measles in the near future.

January 3, 2022 - The CDC confirmed a total of 49 measles cases were reported by 5 jurisdictions in the U.S. during 2021. This data compares with 2020, when13 individual cases of measles were confirmed in 8 jurisdictions.

October 13, 2021 - A total of 42 measles cases were reported by three jurisdictions this year. In 2020, the U.S. CDC confirmed 13 individual cases of measles were established in 8 jurisdictions.

April 13, 2021 - The US FDA issued a letter saying: 'We have approved your request submitted and received on October 21, 2020, to supplement your Biologics License Application (BLA) under section 351(a) of the Public Health Service Act for Measles, Mumps, Rubella and Varicella Virus Vaccine Live (ProQuad) manufactured at the West Point, PA facility to include newly developed US Patient Package Inserts (PPIs) for the refrigerator-stable and frozen formulations of ProQuad and updated US Package Inserts for the refrigerator-stable and frozen formulations of ProQuad that reference the new PPIs.'

March 1, 2021 - The U.S. CDC stated that measles continues to be an ongoing risk worldwide. In addition, Africa is reporting measles outbreaks in several countries, meaning they are experiencing a higher number of cases than normal.

September 15, 2020 - The US FDA issued a SUPPLEMENT APPROVAL: We have approved your request submitted and received March 16, 2020, to supplement your Biologics License Application (BLA) under section 351(a) of the Public Health Service Act for Measles, Mumps, Rubella and Varicella Virus Vaccine Live (ProQuad) to update the package insert labeling for the refrigerator-stable and frozen formulations to include revisions to Section 5, Warnings and Precautions to state that secondary transmission of varicella vaccine virus (Oka/Merck) can occur between vaccine recipients and contacts susceptible to varicella, including healthy as well as high-risk individuals, leading to disseminated disease.

September 15, 2020 - The U.S. CDC issued a Travel Alert regarding various measles outbreaks across the continent of Africa.

January 7, 2020 - Pew survey found an overwhelming majority of U.S. adults (88%) say the benefits of the MMR vaccine outweigh the risks, which is about the same share as when Pew measured in 2016.

September 6, 2005 - Merck & Co., Inc. announced that the U.S. FDA had approved the Company's combination vaccine PROQUAD(R) (Measles, Mumps, Rubella, and Varicella (Oka/Merck) Virus Vaccine Live) for simultaneous vaccination against measles, mumps, rubella (German measles) and varicella (chickenpox) in children 12 months to 12 years of age. PROQUAD is the first and only vaccine approved in the United States to help protect against these four diseases in a single shot. PROQUAD is also approved for use in children 12 months to 12 years of age if a second dose of measles, mumps, and rubella vaccine is administered.

Proquad vaccine has been involved in over 35 clinical trials.

In 4 randomized trials in which 5,446 healthy children aged 12 to 23 months received PROQUAD, vaccine response rates for PROQUAD were similar to those induced by the concomitant administration of single doses of M-M-R II and VARIVAX at separate injection sites in 2,038 children. Results showed that following a single dose of PROQUAD, the immune response rates were 97.4 percent for measles, 95.8 to 98.8 percent for mumps, 98.5 percent for rubella, and 91.2 percent for chickenpox. The duration of protection from measles, mumps, rubella, and chickenpox infections after vaccination with PROQUAD is unknown. 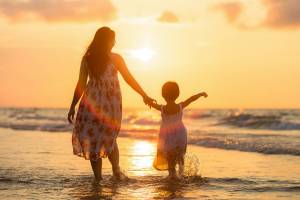