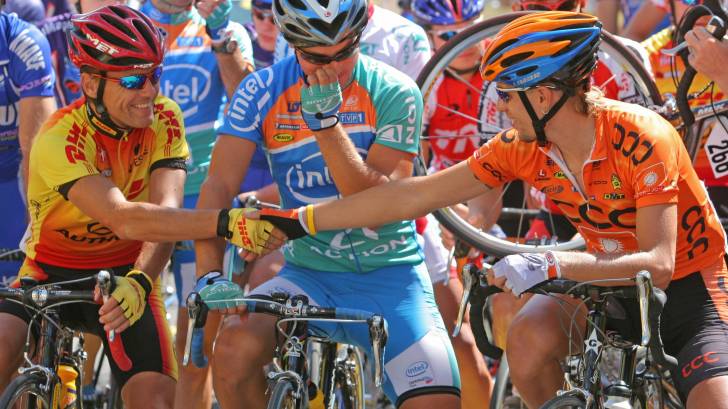 Vaccination against potential infections is an important part of the management of patients with multiple sclerosis (MS).

At the 2018 American Academy of Neurology (AAN) Annual Meeting on June 1, 2018, Penn Medicine neurologist Amit Bar-Or, MD, chief of the Multiple Sclerosis division and director for the Center for Neuroinflammation and Experimental Therapeutics, presented research on the impact of Ocrevus, a biologic medicine, has on patient response to vaccines.

In March 2017, the U.S. Food and Drug Administration approved Ocrevus as the first treatment for both relapsing (RMS) and progressive forms of MS.

Genentech’s Ocrevus works by targeting and eliminating cells that have the CD20 molecule on their surface, which include a broad range of B cells of the immune system.

The goal of this Phase IIIb clinical study NCT02545868 was to assess patients who received Ocrevus and those who did not receive the treatment, and compared their vaccine responses to tetanus, the seasonal flu, and pneumococcus.

Patients mounted a positive response to the vaccines across groups, but the levels of immune responses conferred by the shots were lower across the board in patients treated with Ocrevus.

For example, there was a positive response to the tetanus vaccine at eight weeks in approximately 24 percent of those treated with Ocrevus, versus almost 55 percent of those who were not treated.

"This study shows that while people with MS treated with Ocrevus can still mount vaccine responses, it's not nearly as strong as prior to treatment," said Dr. Bar-Or, the senior author of the study said in a press release.

"While antibody responses were reduced in the Ocrevus treated patients, they still responded to a certain level.”

“This is valuable information in terms of seasonal vaccines, such as the flu - it appears safe for patients taking Ocrevus to get vaccinated.”

“And, vaccination is likely to provide them with at least some protection from such infections."

Overall, findings of this study confirm the current prescribing recommendations for Ocrevus - namely that patients should follow standard guidelines for receiving vaccines prior to treatment.

If patients with MS require vaccinations, they should ideally get them 6 weeks prior to beginning treatment with this drug.

MS is a genetic disease that afflicts approximately 400,000 Americans, with an estimated 10,000 new cases every year.

The study presented by Dr. Bar-Or is sponsored by F. Hoffmann-La Roche Ltd, the holding company for Genentech. These researchers disclosed potential conflicts of interest.