Anti-Viral, Antibody Cocktail Study Launches for the Prevention and Treatment of COVID-19

+ 1
June 11, 2020
Regeneron REGN-COV2 is an investigational dual antibody cocktail for the prevention and treatment of COVID-19 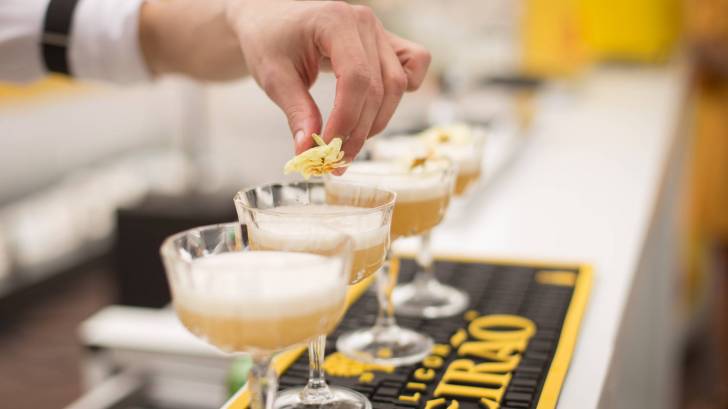 A clinical program focused on COVID-19 disease consisting of 4 separate study populations: two for treatment and two for prevention has launched.

These 4 studies are evaluating the REGN-COV2 investigational dual antibody cocktail for the prevention and treatment of COVID-19.

Regeneron Pharmaceuticals, Inc. announced in a press statement on June 11, 2020, the innovate 2-antibody 'cocktail' is designed to help protect against viral escape.

The concept that drug cocktails can prevent viral escape has previously been demonstrated for traditional antiviral drugs used to treat HIV and other viruses.

"We have created a unique anti-viral antibody cocktail with the potential both to prevent and treat infection, and also to preempt viral 'escape,' a critical precaution in the midst of an ongoing global pandemic," said George D. Yancopoulos, M.D., Ph.D., Co-Founder, President and Chief Scientific Officer of Regeneron.

"REGN-COV2 could have a major impact on public health by slowing the spread of the virus and providing a needed treatment for those already sick – and could be available much sooner than a vaccine.”

“The antibody cocktail approach may also have long-term utility for elderly and immuno-compromised patients, who often do not respond well to vaccines.”

“Ultimately, the world needs multiple solutions for COVID-19, and the innovative biopharma industry is collectively working hard to help as many people as possible with a variety of complementary approaches."

Regeneron scientists evaluated thousands of fully-human antibodies produced by the company's proprietary VelocImmune® mice, which have been genetically-modified to have a human immune system, as well as antibodies isolated from humans who have recovered from COVID-19.

They selected the two most potent, non-competing, and virus-neutralizing antibodies and have scaled them up for clinical use with the company's in-house VelociMab® and manufacturing capabilities.

The two antibodies bind non-competitively to the critical receptor-binding domain (RBD) of the virus's spike protein, which diminishes the ability of mutant viruses to escape treatment, as demonstrated in upcoming Science publications of preclinical research.

Regeneron used the same 'rapid response' capabilities and cocktail approach to develop REGN-EB3, a novel triple antibody treatment for Ebola that is now under regulatory review by the U.S. Food and Drug Administration (FDA).

REGN-COV2's preclinical development and preclinical/clinical manufacturing have been funded in part with federal funds from the Biomedical Advanced Research and Development Authority (BARDA).

When faced with a harmful pathogen, such as a virus or bacteria, the human immune system typically produces antibodies to fight the invader, said the company.

Specifically, the immune system produces 'anti-viral' antibodies that recognize, bind, and kill or neutralize the virus.

Vaccination involves injecting a dead or weakened virus, or a critical small piece of a virus, to induce this protective immune response, resulting in the same antibodies the immune system would typically make in a person who actually had the infectious disease.

Regeneron's core technologies allow for rapid and efficient generation of these protective anti-viral antibodies outside of the body, derived from either genetically-humanized mice or convalescent humans.

The resulting antibodies correspond to the most potent of anti-viral antibodies that could be elicited by a vaccine or through exposure to a pathogen.

These antibodies can be delivered to people via injection, providing "passive immunity" and protection from the disease immediately, though they must be re-administered to remain effective over time.

These antibodies can also treat an existing infection, unlike vaccines which can only be used preventatively.

Regeneron is a leading biotechnology company that invents life-transforming medicines for people with serious diseases.