The Johnson & Johnson (J&J) Janssen Ebola prevention vaccine therapy consists of 2 components, Zabdeno (Ad26.ZEBOV) and Mvabea (MVA-BN-Filo). Zabdeno is given first, and Mvabea is administered approximately 8-weeks later as a booster. This prime-boost vaccination method is an established approach for preventing infectious diseases during Ebola outbreaks for individuals at risk of exposure and preventively before outbreaks, says J&J.

Developed by the J&Js Janssen division, Zabdeno (Ad26.ZEBOV) is a monovalent vaccine designed to provide active specific, acquired immunity to the Ebola virus. The vaccine is based on an adenovirus type 26 (Ad26) vector expressing the Ebola virus Mayinga variant's glycoprotein. Janssen has rapidly advanced the vaccine's development with multiple clinical Phase 1, 2, and 3 trials ongoing in parallel in healthy adults, children, elderly and immunocompromised populations across Europe, the USA, and Africa.

As protection against Ebola virus disease (EVD) is considered to be of major public health interest, Zabdeno and Mvabea were evaluated under European Medicines Agency accelerated assessment mechanism, a tool which aims to speed up patients' access to new medicines if there is an unmet medical need.

As a precautionary measure, a Zabdeno booster vaccination should be considered for individuals at imminent risk of exposure to the Ebola virus, for example, healthcare professionals and those living in or visiting areas with an ongoing Ebola virus outbreak who completed the Zabdeno, Mvabea 2-dose primary vaccination regimen.

On May 29, 2020, the European Medicines Agency (EMA) human medicines committee recommended granting Zabdeno and Mvabea a positive opinion for marketing authorizations under exceptional circumstances because the applicant was able to demonstrate that it is not possible to conduct a randomized controlled study that might generate comprehensive clinical data on the efficacy of the latest Ebola vaccine even after authorization.

This was considered acceptable in light of the ongoing Ebola outbreak and its high mortality rates.

The initial development of the Mvabea (MVA-BN-Filo) vaccine was sponsored by the U.S. National Institutes of Health and is now managed by Janssen, a Johnson & Johnson company licensed MVA-BN Filo for use from Bavarian Nordic in a prime-boost vaccine regimen together with their adenovirus-based vaccine candidate, Ad26.ZEBOV. These vaccines both use a viral vector approach, where a virus is genetically modified not to replicate but is used to express the target virus's essential proteins safely; in this case, the Ebola virus. Global partners on the vaccine program also include the Biomedical Advanced Research and Development Authority and the National Institutes of Health.

As a result of these collaborations, more than 6,500 individuals have now participated in clinical studies for the Ebola vaccine across the U.S., Europe, and Africa. So far, the data from these studies suggest that the vaccine stimulates a robust immune response and has a favorable safety profile.

On November 17, 2020, The Lancet published a study; Safety and immunogenicity of a two-dose heterologous Ad26.ZEBOV and MVA-BN-Filo Ebola vaccine regimen in adults in Europe (EBOVAC2): a randomized, observer-blind, participant-blind, placebo-controlled, phase 2 trial. This study concluded the 'two-dose heterologous regimen with Ad26.ZEBOV and MVA-BN-Filo were safe, well-tolerated, and immunogenic, with humoral and cellular immune responses persisting for 1 year after vaccination. Taken together, these data support the intended prophylactic indication for the vaccine regimen.'

Janssen has also assembled a stockpile of 1.5 million vaccine regimens for potential use in public health emergencies. The applicant for both Zabdeno and Mvabea is Janssen-Cilag International N.V.

The Ad26.ZEBOV / MVA-BN-Filo combination is indicated to provide an active acquired immunity Ebola virus. Clinical results indicate that Ad26.ZEBOV prime immunization readily induces an immune response enhanced by MVA-BN-Filo boosting, inducing a durable immunity to Ebola Zaire. Both the prime and boost are well tolerated with a good safety profile.

Janssen’s Ebola vaccine regimen is specifically designed to support preventive vaccination in countries that are at risk of Ebola outbreaks, as well as for other at-risk groups such as healthcare workers, Biosafety Level 4 (BSL-4) lab workers, the military deployed from other countries, airport staff and visitors to high-risk countries. Therefore, this prophylactic 2-dose regimen is not suitable for an outbreak response where immediate protection is necessary.

Heterologous 2-dose vaccination with Ad26.ZEBOV and MVA-BN-Filo against the Ebola virus were found well tolerated and immunogenic in healthy volunteers. The vaccine is administered as an intramuscular injection. A study published in 2020 found 'the two-dose heterologous regimen with Ad26.ZEBOV and MVA-BN-Filo were safe, well-tolerated, and immunogenic, with humoral and cellular immune responses persisting for 1 year after vaccination.

June 4, 2021 - Johnson & Johnson announced it 'welcomes the recommendation by the Strategic Advisory Group of Experts on Immunization for the World Health Organization in support of the use of Johnson & Johnson’s two-dose Ebola vaccine regimen, Zabdeno® (Ad26.ZEBOV) and Mvabea® (MVA-BN-Filo), both during outbreaks for individuals at some risk of Ebola exposure and preventively, before outbreaks, for national and international first responders.

May 13, 2021 - Johnson & Johnson announced the World Health Organization and the government of Sierra Leone have begun administering the Company’s Ebola vaccine regimen as part of a WHO early access clinical program aimed at preventing further spread of Ebola in West Africa.

May 11, 2021 - The vaccination was launched in Kambia District, a primary international entry point by road crossing and of significant economic and commercial importance for Guinea and Sierra Leone. This preventive Ebola vaccination will continue over the coming days in eight other districts sharing borders with Guinea. About 16 000 people have been targeted for vaccination in the selected border districts, and individuals will receive two doses of the vaccine given approximately eight weeks apart.

April 10, 2021 - The government of Sierra Leone and the World Health Organisation announced Johnson & Johnson, Janssen has donated about 4,500 Ebola vaccines to prevent Ebola outbreaks in the country.

April 6, 2021 - Denmark-based Bavarian Nordic A/S announced the Company had received a new supply order from Janssen Pharmaceutica NV, part of the Janssen Pharmaceutical Companies of Johnson & Johnson, valued at approximately USD 28 million. Under the contract, Bavarian Nordic will manufacture and deliver bulk drug substance of MVA-BN® Filo vaccine, licensed to Janssen as part of its Ebola vaccine regimen, Zabdeno® (Ad26.ZEBOV) and Mvabea® (MVA-BN Filo), which the European Commission approved in 2020.

November 17, 2020 - Study published by The Lancet: Vaccine innovation spurred by the long wait for an Ebola virus vaccine. Currently, the rVSV-based vaccine is used to immunize at-risk individuals during the ongoing Ebola virus outbreaks to limit the disease's spread. However, immunization of specific populations (e.g., health-care workers) in endemic countries outside of outbreak epicenters could reduce the likelihood of amplifying spillover events in humans.

July 1, 2020 - The European Commission adopted the decision granting marketing authorizations to Janssen, a Johnson & Johnson company, for a vaccine against Ebola. In one month, the approval was granted, further demonstrating the Commission's commitment to placing public health protection as a priority. The recent Ebola vaccine, which consists of two components, called Zabdeno and Mvabea, was developed with the Commission's support. This decision follows a recommendation from the European Medicines Agency, which has assessed the vaccine's benefits and risks.

June 12, 2020 - Bavarian Nordic A/S announced that the Company has entered into a new supply contract with Janssen Vaccines & Prevention B.V., part of the Janssen Pharmaceutical Companies of Johnson & Johnson valued at USD 13.9 million. Under the agreement, Bavarian Nordic will manufacture and deliver bulk drug substances of its MVA-BN® Filo vaccine, which Janssen has licensed as part of its Ebola vaccine regimen.

May 29, 2020 – Johnson & Johnson announced that its Janssen Pharmaceutical Companies received a positive opinion from the Committee for Medicinal Products for Human Use (CHMP) of the European Medicines Agency (EMA) for its investigational Ebola vaccine regimen for the prevention of Ebola Virus Disease caused by the Zaire ebolavirus species. Two Marketing Authorisation Applications (MAAs) were submitted to the EMA to support the vaccines in the 2-dose regimen (Ad26.ZEBOV, MVA-BN-Filo).

May 29, 2020 - Pending the European Commission of the MVA-BN Filo vaccine's final approval, Bavarian Nordic would be eligible to receive a milestone payment of USD 10 million under Janssen's license agreement. Bavarian Nordic and Janssen entered an agreement in 2014, under which MVA-BN Filo was licensed to Janssen as part of their commitment to developing an Ebola vaccine regimen. Under the contract, Bavarian Nordic also manufactured a significant amount of vaccines.

May 15, 2020 - Ebola outbreak in the western section of the Democratic Republic of the Congo.

November 7, 2019 - The Janssen division of Johnson & Johnson announced it had filed for two approvals from European Medicines Agency (EMA) for its 2-dose prime-boost Ebola Zaire protective vaccine regimen. In September 2019, the EMA’s Committee for Medicinal Products for Human Use (CHMP) granted an Accelerated Assessment for these applications.

October 31, 2019 - Bavarian Nordic A/S announced that its partner, J&J Janssen Pharmaceutical Companies of Johnson & Johnson, would donate up to 500,000 doses of its investigational Ebola vaccine regimen to support vaccination efforts in the Democratic Republic of the Congo.  Alex Gorsky, Chairman, and CEO, Johnson & Johnson, commented in a press release, “The fact that we’re in a position to help the people of the DRC protect their communities from such a serious threat—just a few years after we pledged to accelerate vaccine development efforts—is a testament to both the ingenuity of Janssen’s scientists, and the power of close collaboration between partners committed to working for the greater good of all.”

September 21, 2019 – Authorities in the Democratic Republic of Congo said ‘they plan to introduce a 2nd experimental vaccine to counter the ongoing Ebola Zaire outbreak.

September 12, 2016 – Bavarian Nordic A/S announced that Janssen Vaccines & Prevention B.V. (Janssen) had completed a submission to the World Health Organization (WHO) for Emergency Use Assessment and Listing (EUAL) for its investigational preventive Ebola prime-boost vaccine regimen, which includes Bavarian Nordic’s MVA-BN® Filo vaccine. Paul Stoffels, M.D., Chief Scientific Officer, Johnson & Johnson, commented in a press statement, "We must take action now so that a tragedy on the scale of West Africa never happens again.  Having an Ebola vaccine available is critical for global preparedness. If the WHO grants an emergency use listing, this will accelerate the availability of Janssen's investigational vaccine regimen to the international community in the event another Ebola crisis occurs."

October 22, 2014 – Bavarian Nordic A/S announced a global license and supply agreement for its MVA-BN Filovirus (Ebola and Marburg) vaccine candidate with Crucell Holland B.V., one of the Janssen Pharmaceutical Companies of Johnson & Johnson.

The ability to make the immune system response after vaccination with Zabdeno and Mvabea was studied in a total of 3,367 adults, adolescents, and children who participated in five clinical studies conducted in Europe, Africa, and the USA. 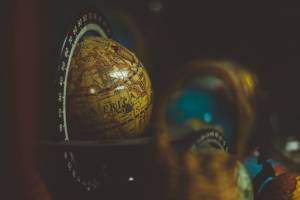 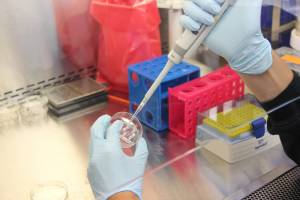 Clinical Trial Phase I:
A Study to Evaluate the Safety and Immunogenicity of Heterologous Prime-Boost Ebola Vaccine Regimens in Healthy Participants