Ultimovacs's UV1 is a peptide-based vaccine inducing a specific T cell response against the universal cancer antigen telomerase. As a universal cancer vaccine, UV1's unique mechanism of action can be applicable across most cancer types.

Immune responses against several hTERT epitopes, including novel hTERT epitopes not present in the vaccines given, were detected in blood samples from long-term surviving patients following vaccine treatment but not in patients without clinical benefit.

Based on these data, three hTERT peptides to elicit strong T cell responses across different cancer types were selected as the UV1 vaccine components.

UV1 is being developed as a therapeutic cancer vaccine, which may serve as a platform for use combined with other immunotherapy that requires an ongoing T cell response for their mode of action. UV1's unique mechanism of action has the potential to be applicable across most cancer types.

UV1 consists of long, synthetic peptides shown to induce CD4+ T cells displaying a Th1 cytokine profile. By directing the immune system to hTERT antigens present in over 80% of all cancers, UV1 drives CD4 helper T cells to the tumor to activate an immune system cascade to increase anti-tumor responses.

"Publishing our clinical trial data in such a prestigious peer-reviewed publication adds validation for UV1 as a promising therapeutic option for cancer patients. As we continue to evaluate UV1 in various combinations and indications, it is valuable to gain increased international recognition from the clinical community for this study," stated Jens Bjørheim, Chief Medical Officer at Ultimovacs in a press statement issued on May 11, 2021. "Historical data on the use of ipilimumab as monotherapy in malignant melanoma have shown a 5-year survival rate below 20%. Therefore the results published today reinforce UV1's potential in this indication."

Building on Phase I results, Ultimovacs is currently enrolling INITIUM, its Phase II clinical trial evaluating UV1 combined with ipilimumab and nivolumab in patients with metastatic malignant melanoma. The company expects to announce data on the trial's primary endpoint in 2H2022. In addition, Ultimovacs has an ongoing and fully-enrolled Phase I trial evaluating UV1 combined with pembrolizumab, a PD-1 checkpoint inhibitor, as a first-line treatment in metastatic malignant melanoma patients.  Ultimovacs anticipates announcing data on the primary endpoints for the NIPU and INITIUM studies in 2H2022 and the DOVACC and FOCUS studies in 2023.

June 4, 2021 - Ultimovacs ASA announced that data on its universal cancer vaccine, UV1, combined with the checkpoint inhibitor pembrolizumab, will be presented as a poster presentation at the American Society of Clinical Oncology (ASCO) 2021 Annual Meeting. In a twenty-patient cohort with advanced melanoma, the combination of UV1 with pembrolizumab as a first-line treatment demonstrated an objective response rate (ORR) of 60% after a minimum of 18 months. The median observation time was 21 months. In addition, 30% of treated patients achieved a complete response (CR), with no signs of tumor detected. These response rates clearly exceed those seen in previous studies for pembrolizumab alone in advanced melanoma of 33-37% ORR and 5-12% CR*. The median progression-free survival for the UV1/pembrolizumab combination in the study was 18.9 months compared with the range of 5.5-11.6 months for pembrolizumab alone*. The overall survival was 80%, with the median overall survival yet to be reached after 21 months of follow-up.

May 19, 2021 - Ultimovacs ASA announced that its universal cancer vaccine, UV1, combined with the checkpoint inhibitor pembrolizumab, demonstrated a 60% objective response rate (ORR) in metastatic malignant melanoma. All patients have been observed for at least 18 months, and the median observation time is 21 months. The results will be presented as an online poster at the American Society of Clinical Oncology (ASCO) 2021 Annual Meeting. The 60% ORR (6 complete responses (CR); 6 partial responses (PR) from a 20-patient cohort) with 30% CR clearly exceeds the response rate for pembrolizumab alone in advanced melanoma (33-37% ORR and 5-12% CR)*. The median progression-free survival for the UV1/pembrolizumab combination in the study was 18.9 months compared with 5.5-11.6 months* for pembrolizumab alone in advanced melanoma. The overall survival was 80%, with the median overall survival yet to be reached after 21-months of follow-up.

May 11, 2021 - Ultimovacs ASA announced the publication in Frontiers in Immunology of its positive long-term Overall Survival data from the Phase I trial evaluating the Company's universal cancer vaccine, UV1, in combination with checkpoint inhibitor ipilimumab in patients with metastatic malignant melanoma. As published in the journal, in addition to the achievement of the primary endpoints of safety and tolerability, 50% of the patients were still alive at the data cut-off, supporting the combination of the Company's proprietary UV1 vaccine with ipilimumab, a CTLA-4 checkpoint inhibitor, and standard-of-care treatment, in this late-stage patient population.

April 28, 2021 - Ultimovacs ASA announced that an abstract on the Company's Phase I trial evaluating its universal cancer vaccine, UV1, in combination with the checkpoint inhibitor pembrolizumab in patients with metastatic malignant melanoma has been accepted for a poster presentation at the American Society of Clinical Oncology 2021 Annual Meeting to be held virtually Friday, June 4, 2021.

December 10, 2020 - Ultimovacs ASA  announced positive five-year Overall Survival (OS) data from the Phase I trial evaluating the company's universal cancer vaccine, UV1, combined with the checkpoint inhibitor ipilimumab patients with metastatic malignant melanoma. After 5-years of follow-up, 50% of the patients in the open-label trial were still alive, providing encouraging signals of long-term survival benefit for UV1 in this late-stage patient population and as compared to historical data of ipilimumab monotherapy.

November 2, 2020 - Ultimovacs ASA announced the acceptance of publication in Frontiers in Immunology, outlining the positive long-term follow-up data from the company's Phase I trial evaluating its proprietary universal cancer vaccine, UV1, in non-small cell lung cancer. In the study, a total of 18 non-small cell lung cancer patients whose disease had not progressed after receiving at least 2nd line treatment with chemotherapy were enrolled to receive UV1 monotherapy as a maintenance treatment.

To date, UV1 has been tested in several Phase I/II clinical trials and maintained a positive safety and tolerability profile and encouraging signals of efficacy. 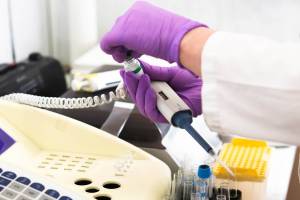 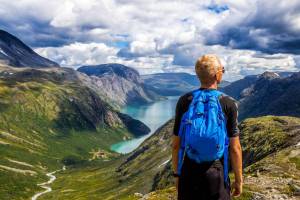