Eastern equine encephalitis virus (EEEV), a mosquito-borne alphavirus, is the cause of one of the most severe arboviral diseases in North America, says the CDC.

The clinical course typically begins as a systemic febrile illness but often progresses to neurologic disease. EEEV neuroinvasive disease is estimated to have a 30% case-fatality rate with approximately half of survivors left with neurologic sequelae.

Using the live virus vaccine platform technology, MVA-BN®, Bavarian Nordic has created a diverse portfolio of proprietary and partnered product candidates designed to save and improve lives by unlocking the power of the immune system.

In March 2018, Bavarian Nordic entered a multi-year contract valued at up to $36 million with the U.S. Government to develop MVA-BN WEV. Under this contract, Bavarian Nordic is conducting a Phase 1 clinical trial, which was initiated in October 2019.

Bavarian Nordic is a fully integrated biotechnology company focused on the development of innovative therapies against infectious diseases and cancer.

During 2019, the U.S. experienced the worst outbreak of Eastern equine encephalitis since monitoring of the disease began. According to the U.S Centers for Disease Control and Prevention, 38 cases, including 15 deaths were reported in 2019, compared to an annual average of 7 cases over the past decade. The majority of cases occurred in the northeastern parts of the U.S., where mosquitoes have been found to carry the virus.

June 8, 2020 – Bavarian Nordic announced topline results from the first-in-human trial of MVA-BN WEV, a prophylactic vaccine candidate against three equine encephalitis viruses (western, eastern and Venezuelan), for which there are currently no preventative vaccines available.

October 8, 2019 – Bavarian Nordic A/S announced the initiation of the first-in-human trial of MVA-BN® WEV, a prophylactic vaccine candidate against the equine encephalitis virus - a rare, but potentially deadly illness. The program, which is funded by the United States Department of Defense (DOD) Joint Project Manager for Chemical, Biological, Radiation, and Nuclear Medical (JPM CBRN Medical) is a multi-year agreement valued up to USD 36 million and aims to develop a vaccine against three separate strains of the equine encephalitis virus, Eastern (EEEV), Venezuelan (VEEV), and Western (WEEV). 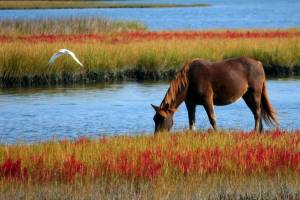