Moderna's mRNA-1944 encodes a fully human IgG antibody originally isolated from B cells of a patient with a prior history of potent immunity against Chikungunya infection.

It is composed of two mRNAs that encode this anti-Chikungunya antibody's heavy and light chains within lipid nanoparticle (LNP) technology.

The mRNA is delivered systemically to create proteins that are either secreted or expressed on the cell surface.

mRNA-1944 is a developmental vaccine candidate to prevent disease caused by the Chikungunya virus.

Chikungunya disease, which results in incapacitating arthralgia, has been reported worldwide. A Togaviridae virus is a mosquito-borne alphavirus circulating predominantly in tropical and subtropical regions, potentially affecting over 1 billion people. Recently, an outbreak began in the western hemisphere.

May 12, 2022 - PLOS Medicine reported on a cohort study conducted in coastal Kenya among children hospitalized with neurological disease.  The findings suggest a high burden of CHIKV infections.

November 4, 2021 - Moderna announced that its chikungunya virus (mRNA-1944) has completed the Phase 1 study evaluating escalating doses of mRNA-1944. The Company anticipates publication of the full results of the Phase 1 study soon. At this time, the Company does not have plans to advance to a Phase 2 study.

March 23, 2021 - GAVI reported, 'Chikungunya has already been a pandemic, albeit one that didn’t affect the Global North. In 2004, a large outbreak in Kenya spilled out into the Indian Ocean and Asia islands and led to a pandemic that spanned several years and had more than a million cases. But there is a risk it could become endemic in the Americas and potentially parts of Europe as climate change warms these regions and offers new habitats for mosquitoes. This means there is a growing possibility we could see another pandemic.'

February 25, 2021 - Moderna reports 4th quarter and fiscal year 2020 financial results. Moderna continues to set records with its COVID-19 mRNA vaccine. "2020 demonstrated the power of harnessing mRNA to make medicines and also demonstrated the speed and scalability of the Moderna platform that we have built over the last 10 years,” said Stéphane Bancel, Chief Executive Officer of Moderna.

January 2019 - Moderna announced the initiation of a limited, Phase 1 study of mRNA-1944 against the chikungunya virus.

mRNA-1944 has been studied in one clinical trial to date. 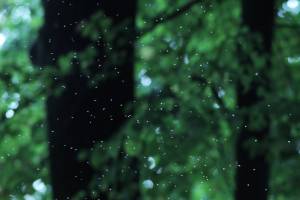