Moderna Inc.'s mRNA-1647 vaccine candidate is designed to protect against cytomegalovirus (CMV) infection. The mRNA-1647 vaccine combines six mRNAs in a single vial, which encodes for two antigens on the surface of CMV. Unlike a protein-based vaccine, mRNA-1647 instructs the body's cells to manufacture the antigens, resulting in functional antigens that mimic CMV's presented to the immune system during a natural infection.

Of the six mRNAs, five encode the subunits of the CMV pentamer complex, and one mRNA encodes the glycoprotein B (gB) protein, both highly immunogenic. In addition, both pentamer and gB proteins are essential for CMV to enter epithelial cells, which is the first step in CMV infection. As a result, the Institute of Medicine (now the National Academy of Medicine) designated CMV as a "highest priority" category for vaccine development in 1999.

This mRNA-based vaccine candidate demonstrated immunogenicity and was generally well-tolerated in the phase 2 clinical trial presented as a poster at IDWeek 2022, held October 19-23, 2022.

As of January 9, 2023, Moderna confirmed the Phase 3 CMVictory trial with mRNA-1647 is about 40% enrolled and is enrolling people in Japan.

mRNA-1647 is indicated to prevent primary CMV infection in a population that includes women of childbearing age. This vaccine produces an immune response against both pentamer and gB that has the potential to prevent CMV entry into a range of target cell types and, thus, avert primary and congenital infections.

May 9, 2022 - The journal Nature Biotechnology published: The clinical progress of mRNA vaccines and immunotherapies.

November 4, 2021 - Moderna announced that the first participants were dosed in the Phase 3 study of the cytomegalovirus vaccine candidate (mRNA-1647).

April 14, 2021 - Moderna shared interim, seven-month data from the Phase 2 study of mRNA-1647. Overall the vaccine candidate was generally well tolerated. This Phase 2 study tested the different doses of the vaccine, and based on this data, Moderna will begin a Phase 3 pivotal study using the 100 μg dose. Approximately 8,000 women ages 16-40 years will be enrolled. This study is expected to start in 2021.

September 17. 2020 - Moderna announced a positive interim analysis from the Phase 2 study. Phase 3 study will begin in 2021

February 11, 2020 - Moderna announced that the Phase 2 dose-confirmation study of its mRNA vaccine against cytomegalovirus (CMV) is enrolling ahead of plan, with data expected in the third quarter of 2020.

January 9, 2020 - Moderna, Inc., announced positive seven-month interim safety and immunogenicity data after the third and final vaccination in the Phase 1 study of its investigational cytomegalovirus (CMV) vaccine (mRNA-1647). After two vaccinations, the findings build on the previously reported three-month interim analysis, announced at the Company's R&D Day in September 2019. Additionally, the Company announced that the first participant was dosed in the Phase 2 dose-confirmation study.

September 12, 2019 - Moderna, Inc. announced positive data from the three-month interim analysis of safety and immunogenicity of the Phase 1 study of its investigational cytomegalovirus (CMV) vaccine (mRNA-1647). mRNA-1647 is a wholly-owned program in Moderna's prophylactic vaccine portfolio. Moderna is advancing mRNA-1647 to a dose-confirmation Phase 2 study in the near term based on these data. In addition, preparation has also begun for a pivotal Phase 3 study designed to evaluate the efficacy of mRNA-1647 against primary CMV infection. The Phase 2 study will test the intended Phase 3 formulation, which contains the same proprietary lipid nanoparticle (LNP) used in this Phase 1 study.

February 20, 2018 - Moderna announced the publication of new data in the scientific journal Vaccine that demonstrate the versatility of its mRNA vaccine platform in developing novel prophylactic vaccines to potentially prevent human cytomegalovirus (CMV) infections and associated disease burdens, both for pregnant women and in transplant patients.

mRNA-1647 is being evaluated in various clinical trials.

Phase 2 Clinical Trial - This clinical study will assess the safety and immunogenicity of 3 dose levels of mRNA-1647 cytomegalovirus vaccine in 315 CMV-seronegative and CMV-seropositive 200 healthy adults 18-40 years of age.

ContagionLive published on October 19 the results from this phase 2 study.

Data regarding immunogenicity is still being generated, the research team reported. However, initial data suggests a strong immune response among CMV-seronegative and CMV-seropositive participants. In CMV-seronegative individuals who received mRNA-1647, geometric mean titers (GMTs) of serum neutralizing antibodies (nAbs) against epithelial cell infection increased above baseline after dose 1 and continued to increase after doses 2 and 3.

"Available data from this Phase 2 trial suggest that mRNA-1647 100 µg was immunogenic in CMV-seronegative and CMV-seropositive participants and was generally well-tolerated," investigators concluded. "The mRNA-1647 candidate vaccine is being evaluated in a Phase 3 trial."

Clinical Trial NCT03382405: Safety, Reactogenicity, and Immunogenicity of Cytomegalovirus Vaccines mRNA-1647 and mRNA-1443 in Healthy Adults. This trial was completed on October 28, 2020. There are no results posted.

A Long-Term Extension Study to Evaluate the Immunogenicity and Safety of Cytomegalovirus (CMV) mRNA-1647 Vaccine
This Phase 2 study aims to explore the long-term potential differences in immunogenicity and key safety parameters following mRNA-1647 administration in CMV-seronegative and CMV-seropositive participants. Study mRNA-1647-P202 participants who are CMV-seronegative and who did not seroconvert due to... 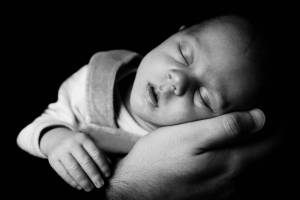 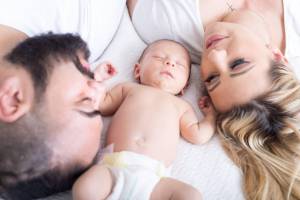 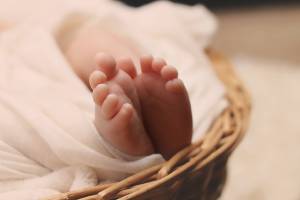