STROMECTOL (Ivermectin) is a semisynthetic, anthelmintic agent for oral administration. Ivermectin is derived from the avermectins, a class of highly active broad-spectrum, antiparasitic agents isolated from the fermentation products of Streptomyces avermitilis.

The U.S. FDA approves ivermectin tablets to treat people with intestinal strongyloidiasis and onchocerciasis, two conditions caused by parasitic worms. In addition, some topical forms of Ivermectin are approved to treat external parasites like head lice and for skin conditions such as rosacea. In addition, Ivermectin is indicated to treat onchocerciasis due to the nematode parasite Onchocerca volvulus. Ivermectin is also used in veterinary applications to prevent or treat internal and external parasitic infections in animals. When used in appropriate doses for approved indications, ivermectin is generally well tolerated.

As of March 21, 2022, the FDA and the WHO recommends not to use ivermectin for SARS-CoV-2 virus infections or COVID-19 treatments, except in the context of a clinical trial. However, if your health care provider writes you an ivermectin prescription, fill it through a legitimate source such as a pharmacy, and take it exactly as prescribed, says the FDA.

The U.S. Centers for Disease Control and Prevention (CDC) issued Health Alert Network Health Advisory CDCHAN-00463 on April 25, 2022, updating healthcare providers, public health departments, and the public about the availability and use of recommended therapies for COVID-19.

The U.S. CDC says Ivermectin is indicated to treat the following infections: Strongyloidiasis of the intestinal tract. Ivermectin is indicated for treating intestinal (i.e., nondisseminated) strongyloidiasis due to the nematode parasite Strongyloides stercoralis. This indication is based on clinical studies of both comparative and open-label designs, in which 64-100% of infected patients were cured following a single 200-mcg/kg dose of Ivermectin.

Ivermectin is contraindicated for those five years of age or those weighing less than 15 kilograms and individuals with liver or kidney disease.

Ivermectin Use Against COVID-19

Ivermectin is not authorized or approved by the U.S. FDA for the prevention or treatment of COVID-19. In addition, the U.S. National Institutes of Health's COVID-19 Treatment Guidelines Panel determined on February 11, 2021, that there are currently insufficient data to recommend Ivermectin for the treatment of COVID-19. On October 19, 2021, the Canadian government issued a notice saying, 'Ivermectin is not authorized to prevent or treat COVID-19 and may cause serious health problems.' Additionally, the WHO recommendation concerning ivermectin was published on 31 March 2021 as the fourth version of the WHO living guideline and in the BMJ as Rapid Recommendations.

The NEJM published an Original Investigation on March 30, 2022: Effect of Early Treatment with Ivermectin among Patients with Covid-19 - this phase 3 study concluded 'Treatment with ivermectin did not result in a lower incidence of medical admission to a hospital due to progression of Covid-19 or of prolonged emergency department observation among outpatients with an early diagnosis of Covid-19. (Funded by FastGrants and the Rainwater Charitable Foundation.)

On January 15, 2022, a large peer-reviewed study found the regular use of ivermectin as a prophylactic agent was associated with significantly reduced COVID-19 infection, hospitalization, and mortality rates.

Ivermectin Use Against Human Adenoviruses

Human adenoviruses (HAdVs) represent a ubiquitous and clinically important pathogen without an effective antiviral treatment. HAdV infections typically cause mild symptoms; however, individuals such as children, those with underlying conditions, and those with compromised immune systems can develop severe disseminated disease. Our study results demonstrate that ivermectin, an FDA-approved antiparasitic agent, is effective at inhibiting the replication of several HAdV types in vitro.

The U.S. CDC reported on August 26, 2021, that ivermectin side effect calls have continued to sharply increase, to a five-fold increase from baseline. These reports are also associated with increased frequency of adverse effects and emergency department/hospital visits; gastrointestinal symptoms such as nausea, vomiting, and diarrhea; Low blood pressure (hypotension); Neurologic effects such as decreased consciousness, confusion, hallucinations, central nervous system depression, seizures, coma, and death.

The JAMA Network published a Letter on January 13, 2022 - U.S. Insurer Spending on Ivermectin Prescriptions for COVID-19. Insurer spending estimated at $2.5 million in the week of August 13, 2021, would extrapolate to $129.7 million annually. The true amount of waste is even higher because estimates did not include Medicaid spending.

April 26, 2022 - Tennessee bill HB2746/SB2188, sponsored by Representative Susan Lynn (R-Mt. Juliet-D57) and Senator Frank Niceley (R-Strawberry Plains-D8), allows pharmacists to prescribe ivermectin to patients while protecting a pharmacist or doctor from being liable for the prescription.

March 18, 2022 - The WSJ reported: “There was no indication that ivermectin is clinically useful,” said Edward Mills, a professor of health sciences at Canada’s McMaster University in Hamilton, Ontario. Dr. Mills plans to present the findings at a public forum sponsored by the National Institutes of Health.

March 7, 2022 - Science Direct published the results of an analysis of the difference in mortality of patients treated with ivermectin vs patients treated with remdesivir with COVID-19 in the United States using TriNetX Research network, a federated EMR network of over 44 healthcare organizations and 68 million U.S. patients. The conclusion showed Ivermectin use was associated with decreased mortality in patients with COVID-19 compared to remdesivir. To our knowledge, this is the largest association study of patients with COVID-19, mortality, and ivermectin.

February 18, 2022 - In an original investigation Jama Network reported on an open-label randomized clinical trial of high-risk patients with COVID-19 in Malaysia. The authors reported that ivermectin in this setting did not reduce the risk of developing the severe disease compared with the standard of care alone.

January 26, 2022 - Reuters Fact Check published an update on home COVID-19 care kits delivered by the Mexican government that contains ivermectin. In 2021 ivermectin was distributed by the Mexican Institute of Social Security (IMSS), the kits included ivermectin, aspirin, paracetamol, azithromycin as well as face-masks and an oximeter. However, starting January 4, 2022, the IMSS has stopped including ivermectin in the home care kits.

January 15, 2022 - Results from an observational study of 223,128 people published results reflecting regular use of ivermectin as a prophylactic agent was associated with significantly reduced COVID-19 infection, hospitalization, and mortality rates. The details of this study can be found here.

November 23, 2021 - Medpage Today published the results of a pilot trial. The idea was to fill bird feeders with ivermectin-treated bird feed to see if this treated bird feed would reduce the number of infectious mosquitoes that could transmit the West Nile virus to humans. Karen Holcomb, Ph.D., of the University of California Davis, hypothesized that because Ivermectin had mosquitocidal properties and low toxicity in mammals and birds, it might be possible to treat bird-feeders with Ivermectin, where the mosquitoes would bite the birds, ingest the Ivermectin, and die before the virus could be transmitted to humans.

November 18, 2021 - Medpage Today published an article discussing the significant progress against the transmission of onchocerciasis, or river blindness, in several Nigerian states. Mass drug administration of Ivermectin is being credited for this progress.

October 20, 2021 - The NEJM published a Correspondence: Toxic Effects from Ivermectin Use Associated with Prevention and Treatment of Covid-19. Cases in Oregon illustrate the potentially toxic effects of Ivermectin, including severe episodes of confusion, ataxia, seizures, and hypotension, and the increasing frequency of inappropriate use. In addition, there is insufficient evidence to support the use of Ivermectin to treat or prevent Covid-19, and improper use, as well as the possible occurrence of medication interactions, may result in serious side effects requiring hospitalization.

October 4, 2021 - The Royal Society of Chemistry published their paper on the microscopic interactions between Ivermectin and key human and viral proteins involved in SARS-CoV-2 infection.

October 1, 2021 - The Onchocerciasis Elimination Program for the Americas (OEPA) was created at the end of 1993 to eliminate onchocerciasis from the Americas. Its objectives are to provide technical and supplemental financial assistance to the elimination programs of the six endemic countries: Brazil, Colombia, Ecuador, Guatemala, Mexico, and Venezuela. According to an analysis in 2020 of administrative units that had achieved at least 20 cumulative rounds of ivermectin treatment and coverage of at least 85% of the eligible population.

September 9, 2021 -  In an episode of "AMA COVID-19 Update," Dr. Farley discussed the drug's safety concerns, its potential side effects, and the vital role of physicians in guiding the unvaccinated to better choices.

September 3, 2021 - The U.S. FDA published: Why You Should Not Use Ivermectin to Treat or Prevent COVID-19.

August 26, 2021 - The U.S. CDC issued a Health Advisory stating: Rapid Increase in Ivermectin Prescriptions and Reports of Severe Illness Associated with Use of Products Containing Ivermectin to Prevent or Treat COVID-19.

August 13, 2021 - Frontiers in Pharmacology published a research paper discussing a new application of Ivermectin. These researchers were able to demonstrate that the use of Ivermectin inhibited colorectal cancer cell growth. "In conclusion, we have demonstrated that ivermectin may regulate the expression of crucial molecules Caspase-3, Bax, Bcl-2, PARP, and Cleaved-PARP in the apoptosis pathway by increasing ROS production and inhibiting the cell cycle in the S phase to inhibit colorectal cancer cells. Therefore, current results indicate that ivermectin might be a new potential anticancer drug for treating human colorectal cancer and other cancers."

June 2021 - The American Journal of Therapeutics published a review of the Emerging Evidence Demonstrating the Efficacy of Ivermectin in the Prophylaxis and Treatment of COVID-19. "In summary, based on the totality of the trials and epidemiologic evidence presented in this review along with the preliminary findings of the Unitaid/WHO meta-analysis of treatment RCTs and the guideline recommendation from the international BIRD conference, ivermectin should be globally and systematically deployed in the prevention and treatment of COVID-19."

April 27, 2018 - A systematic literature review and meta-analysis on the efficacy and safety of ivermectin-albendazole co-administration in five different databases (i.e. PubMed, ISI Web of Science, ScienceDirect, CENTRAL and clinicaltrials.gov) from 1960 to January 2018.

May 10, 2015 - The Nobel Assembly at Karolinska Institutet has today decided to award the 2015 Nobel Prize in Physiology or Medicine with one-half jointly to William C. Campbell and Satoshi Ōmura for their discoveries concerning a novel therapy against infections caused by roundworm parasites.

Ivermectin (Stromectol, Mectizan) has been tested in over 190 clinical trials, including 78 studies using Ivermectin to treat COVID-19.

Ivermectin Nasal Spray for COVID19 Patients
Phase 2 study of Ivermectin in Inhalation Forms in the Management of COVID-19 Egyptian Patients
Study in COvid-19 Patients With iveRmectin (CORVETTE-01)
A Placebo-controlled, Randomized, Double-blind Phase 2 Study in Japanese COvid-19 Patients With iveRmectin
Ivermectin for Severe COVID-19 Management
The Effectiveness and Safety of Ivermectin as add-on Therapy in Severe COVID-19 Management
Ivermectin Treatment Efficacy in Covid-19 High Risk Patients (I-TECH)
This is a multicenter Phase 3 study aimed to investigate the efficacy of the Ivermectin drug in high-risk COVID-19 patients. Target cohort is mild to moderate symptomatic Covid-19 (Stage 2-3), high risk patients aged 50 years and above with comorbidity, who presented to hospitals within first 7 days of illness.
Effectiveness of Ivermectin in SARS-CoV-2/COVID-19 Patients
This Phase 4 clinical study recorded the response of the patients after Ivermectin prescription and the response of the patients without Ivermectin prescription. The response was recorded on the basis of clinical parameters (Fever, Cough, sore throat, Headache, Shortness of breath, lethargy, and fatigue. Any side effects noted after the prescription of Ivermectin were recorded. 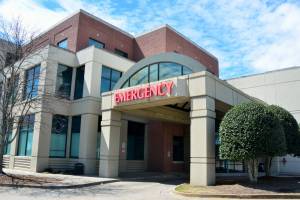