Flucelvax Quadrivalent (QIVc) is a cell culture-based flu vaccine to protect against four flu virus strains recommended by the World Health Organization for the current influenza season. With this FDA Approval, FLUCELVAX QUADRIVALENT, the first and only cell-based influenza vaccine in the U.S. and is now indicated for everyone eligible to receive an influenza vaccine in the U.S., says the Company. FLUCELVAX was specifically developed for adults 65 years and older using the company’s MF59® adjuvant.

CSL Seqirus Flucelvax is the first FDA-Approved flu vaccine to use cells instead of chicken eggs and represented the first significant advance in flu vaccine manufacturing technology since flu vaccine production began in the 1930s. This modern manufacturing process allows the flu shot to be antibiotic-free, helps protect against the identified four flu strains for 2020-2021, and is well-tolerated. Therefore, cell-based flu vaccine production does not use flu viruses grown in eggs and is not dependent on eggs' supply. Also, cell-based flu vaccines that use cell-based candidate vaccine viruses (CVVs) can offer better protection than traditional, egg-based flu vaccines. This is because the viruses used to make cell-based vaccines may be more similar to circulating "wild" flu viruses than the viruses used to make egg-based vaccines, says the US CDC.

The WHO has announced the recommended vaccine composition for the 2023 southern hemisphere flu season.  The U.S. FDA typically will follow their recommendation for the US influenza season.

The U.S. FDA updated 'For active immunization to prevent influenza disease caused by influenza virus subtypes A and type B viruses contained in the vaccine.' And on July 2, 2021, issued a letter 'approving the request submitted April 2, 2021, received April 2, 2021, to supplement your Biologics License Application under section 351(a) of the Public Health Service Act for Influenza Vaccine (Flucelvax) manufactured at your Holly Springs, NC facility. STN: BL 125408.

In the United Kingdom and European Union, QIVc is marketed as FLUCELVAX® TETRA and is licensed for use in people nine years of age and older.

CSL Seqirus provides a coding and billing guide for health care providers. The CDC vaccine price list indicates this flu shot will range from $26.95 to $28.44.

The U.S. CDC confirmed the Vaccines For Children program is a federally funded program that provides vaccines and medicines at no cost to children. And InstantRx™ is a digital gateway empowering people to easily find lower-priced medicines and vaccines.

Flucelvax Quadrivalent is indicated for active immunization of people two years of age and older to prevent disease caused by influenza A subtype viruses and type B viruses in the Vaccine. The U.S. FDA recommends cell vaccines to contain the following for the 2021-2022 flu season: A/Wisconsin/588/2019 (H1N1)pdm09-like virus; A/Cambodia/e0826360/2020 (H3N2)-like a virus; B/Washington/02/2019 (B/Victoria lineage)-like virus; B/Phuket/3073/2013-like (B/Yamagata)-like virus.

The Company announced the U.S. FDA approval on March 5, 2021. In addition, Flucelvax Quadrivalent Vaccine (QIVc) is currently under review by the U.S. FDA for an expanded age indication for children as young as six months of age. On June 24, 2021, Gregg C. Sylvester, M.D., MPH Chief Medical Officer Seqirus, Inc., presented FLUCELVAX QUADRIVALENT (ccIIV4), a Phase III Randomized Controlled Trial Immunogenicity & Safety Results in Young Children (6 through 47 months of age), to the U.S. CDC ACIP committee. In a study published in the Journal of Infectious Diseases in February 2020, among Medicare beneficiaries 65 years and older, the cell-based Vaccine provided greater protection against flu-related hospitalizations than standard-dose, egg-based vaccines.

Vaccination with FLUCELVAX QUADRIVALENT may not protect all people who receive the vaccine.

The U.S. Centers for Disease Control and Prevention (CDC) issued interim clinical considerations in April 2021 stating that 'COVID-19 vaccines and other vaccines, including influenza vaccines, can be administered without regard to timing. And the annual influenza vaccination is recommended for all persons aged six months and older who do not have contraindications. 'Providers should be aware of the potential for increased reactogenicity with coadministration and should consult the CDC for updated guidance as more information becomes available. If coadministered, COVID-19 vaccines and vaccines that might be more likely to cause a local reaction (e.g., aIIV4 or HD-IIV4) should be administered in different limbs, if possible.'

Flucelvax Quadrivalent is a vaccine for intramuscular injection only and is also preservative and latex-free. Flucelvax is available as a 0.5ml intramuscular vaccine per dose for the 2021-2022 U.S. influenza season.

CSL Seqirus presented original safety data at the Infectious Diseases Society for Obstetrics and Gynecology annual meeting from a new prospective observational cohort study evaluating pregnancy outcomes and fetal events of interest following vaccination with the Company's cell-based Flucelvax QIVc. The study found no unexpected adverse pregnancy outcomes in pregnant women in the U.S. who were vaccinated with QIVc.

On July 30, 2021, Seqirus announced a 'prospective observational cohort study that evaluated pregnancy outcomes and events of interest in the fetus or infant following vaccination with QIVc during any trimester. "Pregnant people (women) and people (women) who have recently given birth can be particularly vulnerable to infectious diseases like influenza," commented Christopher Robinson, M.D., MSCR, Charleston Maternal-Fetal Medicine and study author, in a press release. "These data provide further reassurance on the safe use of seasonal influenza vaccines in pregnant people (women)."

VAERS is a U.S. passive reporting system, meaning it relies on individuals to send in reports of their experiences with a vaccine. However, anyone can submit a report to VAERS, including parents and patients. Furthermore, healthcare providers are required by law to report to VAERS. People are also encouraged to report adverse side effects of prescription drugs to the FDA. Visit www.fda.gov/medwatch or call 1–800–FDA–1088.

Access information about coding and billing for Seqirus flu vaccines.

June 6, 2022 - Seqirus announced the completion of an expansion to the company's manufacturing facility in Holly Springs, N.C., supporting the formulation and fill-finish of its cell-based influenza vaccines in pre-filled syringes for global communities. The U.S. FDA-approved manufacturing facility and pre-filled syringe line will allow Seqirus to increase its capacity to supply the U.S. market with FLUCELVAX® QUADRIVALENT vaccines.

May 4, 2022 - The WHO reported week 16 in the temperate zones of the northern hemisphere, influenza activity increased or remained stable, except in East Asia where detections decreased. Detections were mainly influenza A(H3N2) viruses and B/Victoria lineage viruses.

April 8, 2022 - The CDC reported the percentage of outpatient visits due to respiratory illness increased slightly this week compared with last week and remains below the baseline. Influenza is contributing to levels of respiratory illness, but other respiratory viruses are also circulating. The relative contribution of influenza varies by location.

February 4, 2022- The CDC that there have been 5 pediatric deaths this flu season.

December 20, 2021 - Reporting on data up to December 5, 2021, the WHO encouraged that with the increasing detections of influenza during the COVID-19 pandemic, countries are encouraged to enhance integrated surveillance to monitor influenza and SARS-CoV-2 at the same time, and step-up their influenza vaccination campaign to prevent severe disease and hospitalizations in high-risk groups of influenza.

November 11, 2021 - The WHO reported globally influenza activity continues to remain at lower levels than expected.

October 20, 2021 - For week 41, the CDC reported nationwide, 1.8% of patient visits reported through ILINet w re due to ILI. This percentage is below the national baseline of 2.5%.

October 15, 2021 - New Jersey-based Seqirus announced that the U.S. FDA had Approved FLUCELVAX® QUADRIVALENT for an expanded age indication for children as young as six months old.

October 7, 2021 - 8 influenza-positive cases were reported in week 40 by the U.K. respiratory Datamart.

September 18, 2021 - The CDC FluView reports only one region; Region 3 reports above their baseli  for week 37. This is down from 3 regions reporting above the baseline last week.

September 11, 2021 - ILINet reports that patient visits are below the national baseline of 2.6%.

August 18, 2021 - The U.S. FDA confirmed the number of flu vaccine lots released and available for distribution by the manufactur rs in the USA. There were (23) lots for Flucelvax Quadrivalent.

August 13, 2021 - Nationwide, during week #31, 2.0% of patient visits reported through ILINet w re due to ILI. Although increasing, the percentage of patient visits for ILI remains below the baseline of 2 6% nationally. One region (Region 7) is at its region-specific baseline while the remaining regions are below t eir baselines. Influenza virus circulation remains low; therefore, increases in ILI activity are likely due to increased circulation of other respiratory viruses.

July 30, 2021 - Flucelvax Quadrivalent Vaccine (QIVc) was found safe for  regnant women. "These data provide additional safety information with regards to unexpected pregnancy complications and/or fetal outcomes to healthcare providers considering vaccination to protect their pregnant patients from the flu," said Josephine van Boxmeer, lead Clinical Scientist for the study at Seqirus and an author. "We are committed to helping to protect as many people as possible against influenza, including those who are pregnant."

July 6, 2021 - The U.S. FDA issued an update for Flucelvax Quadrivalent; Manufacturer: Seqirus; Indication: For active immunization to prevent influenza disease caused by influenza virus subtypes A and type B viruses contained in the Vaccine.

March 4, 2021 - Seqirus announced that the U.S. Food and Drug Administration had approved FLUCELVAX® QUADRIVALENT (Influenza Vaccine), the Company's cell-based quadrivalent influenza vaccine (QIVc), for an expanded age indication for people two years of age and older.[1] FLUCELVAX QUADRIVALENT was previously FDA-approved for use in persons four years of age and older. The expanded age indication is based on absolute efficacy data indicating that FLUCELVAX QUADRIVALENT was effective and produced a sufficient immune response against influenza in children and adolescents between ≥2 to <18 years of age over three influenza seasons in the Southern (2017) and Northern (2017/18 and 2018/19) Hemispheres, compared to a non-influenza comparator. This represents the first absolute efficacy study of a cell-based influenza vaccine in this population.

October 29, 2020 - Seqirus presented absolute efficacy data on the Company's cell-based quadrivalent influenza vaccine (QIVc) from a randomized controlled trial, which met its primary endpoint in children and adolescents between ≥2 to <18 years of age over three influenza seasons.

July 30, 2020 - Seqirus announced it has begun shipping its portfolio of seasonal influenza vaccines to customers in the U.S. for the 2020/21 in luenza season. Seqirus is one of the world's largest influenza vaccine companies, well-positioned to supply up to 60 million doses to the U.S. market this year, depending on demand.

Seqirus continues to Evaluate the Efficacy, Safety, and Immunogenicity of QIVc in clinical trials. 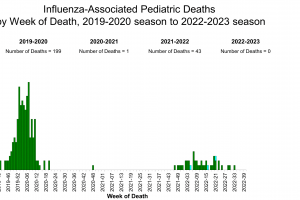 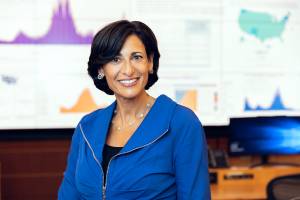 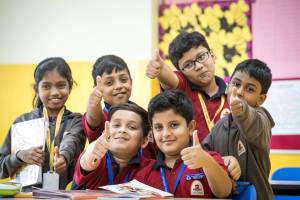 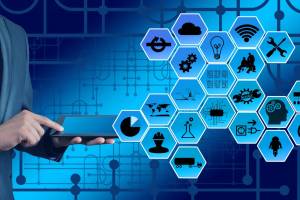 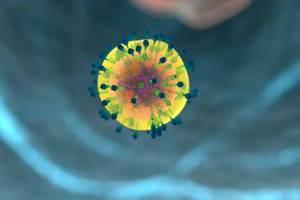