Shingrix is the only shingles vaccine proven to be up to 90% effective in various clinical trials, says GSK. Shingles, also known as herpes zoster, is a painful skin rash caused by reactivation of the varicella-zoster virus, which causes chickenpox, says the U.S. CDC.

Over the next decade, GSK aims to position itself as the world's "leading vaccines company," Roger Connor, president of Glaxo's global vaccines business, said to investors on June 23, 2021. The Shingrix vaccine generated around $2.8 billion in sales during 2020. By 2026, GSK plans to double that amount.

London, England-based GlaxoSmithKline (GSK) is the producer of Shingrix, which produced about $2.2 billion in revenues during 2019. The global shingles vaccine market is poised to grow by USD 1.08 billion during 2020-2024, progressing at a CAGR of over 7% during the forecast period. GSK’s top priority is patient safety. "We are committed to monitoring and ensuring the safety of all our products, including SHINGRIX (Recombinant Zoster Vaccine/RZV)."

Shingrix is a non-live, vaccine for preventing shingles (herpes zoster) in adults 50 years and older. If you’re one of the 99% of adults over 50 years old, who have had chickenpox, the virus that causes shingles is inside your body and can reactivate at any time. Shingrix is not used to prevent primary varicella infection (chickenpox).

The US Food and Drug Administration (FDA) approved Shingrix on July 26, 2021, for the prevention of shingles in adults aged 18 years and older who are or who will be at increased risk of shingles due to immunodeficiency or immunosuppression caused by known disease or therapy. However, for adults who are or will be immunodeficient or immunosuppressed due to known disease or therapy and who would benefit from a shorter vaccination schedule, the second dose can be administered 1 to 2 months after the first dose.

GSK says people should not receive Shingrix if they are allergic to any of its ingredients or had an allergic reaction to a previous dose of Shingrix. And, Shingrix was not studied in pregnant or nursing women. So tell your healthcare provider if you are pregnant, plan to become pregnant, or are breastfeeding, says GSK.

Shingles (Herpes Zoster) is a painful rash that develops on the face or body. The rash consists of blisters that typically scab over 7 to 10 days and fully clear up within 2 to 4 weeks, says the U.S.CDC. Before the rash appears, people often have pain, itching, or tingling in the area where it will develop. This may happen several days before the rash appears. The rash occurs in a single stripe around either the left or the right side of the body. In other cases, the rash occurs on one side of the face. Shingles on the face can affect the eye and cause vision loss. In rare cases (usually in people with weakened immune systems), the rash may be more widespread on the body and look similar to a chickenpox rash.

Complications can arise with Shingles, especially in older adults. However, the National Insitute on Aging says 'the shingles vaccine is safe and easy, and it may keep you from getting shingles and ongoing pain called post-herpetic neuralgia, or PHN. Healthy adults age 50 and older should get vaccinated with a shingles vaccine called Shingrix.'

The most common shingles complication is long-term nerve pain called postherpetic neuralgia (PHN). PHN occurs in the areas where the shingles rash was, even after the rash clears up. It can last for months or years after the rash goes away.

A study published on May 15, 2020, in ACR Open Rheumatology showed that the vaccine did not prompt flares of rheumatoid conditions.

On June 3, 2021, the journal Nature published a study that concluded, 'This nationwide population-based cohort study yielded real-world evidence of HZ risk in psoriasis patients receiving systemic therapy. We observed that treatment with etanercept, adalimumab, and MTX plus AZA were significantly associated with a higher risk of HZ. Furthermore, MTX combined with any biologic agent is non-significantly associated with HZ risk. By contrast, acitretin and phototherapy were associated with a lower risk of HZ. The patients’ characteristics associated with increased HZ include age, female sex, steroid use, hypertension, dyslipidemia, and psoriatic arthritis.'

Shingrix (Herpes Zoster) is a suspension for intramuscular injection only. It is supplied in 2 vials (0.5 mL each) that must be combined before administration. Two doses are necessary to provide strong protection, up to 90%, the first dose at Month 0, followed by a second dose administered anytime between 2 and 6 months. The Shingrix vaccine series is administered as an injection into the upper arm's muscle. It is important to complete the 2‑dose series to help prevent shingles.

The U.S. FDA Safety Communication issued a notice on March 24, 2021, to inform the public and healthcare providers that FDA has required and approved safety labeling changes to the Prescribing Information for Shingrix (Zoster Vaccine Recombinant, Adjuvanted) based on post-marketing experience. The revised label includes Guillain-Barré Syndrome (GBS) in the "Warnings and precautions" section.

On February 25, 2021, meeting of the US Centers for Disease Control and Prevention Advisory Committee on Immunization Practices, the Herpes Zoster Work Group presented results of a comprehensive risk-benefit analysis of SHINGRIX that included a review of post-marketing data. The analysis concluded that GBS is rare, and data on GBS risk following HZ (herpes zoster or “shingles”) and vaccination are limited. However, clinical trials, observational studies, and risk-benefit analysis confirm the considerable benefits of RZV (SHINGRIX) vaccination in preventing HZ, severe disease, and complications.

'GSK remains confident in the favorable benefit-risk profile of SHINGRIX for the prevention of shingles. We will continue to communicate with FDA and CDC on post-marketing safety monitoring for SHINGRIX.'

SHINGRIX has broad insurance coverage for patients. The CPT Code (Product): 90750. Additional codes are found at this GSK link.

The GSK Vaccines Reimbursement Support Center is a resource for physicians, physician office staff, and pharmacists to address billing, coding, and reimbursement for GSK vaccines.

July 26, 2021 - GSK announced Shingrix is now FDA approved in the USA to prevent shingles in immunocompromised adults. Thomas Breuer, Chief Medical Officer, GSK Vaccines, stated in a press statement, “Older age and being immunocompromised are the most common risk factors for shingles disease. GSK is committed to this important patient population at increased risk for shingles disease and its complications by bringing them a vaccine option that can help prevent this painful condition.”

March 24, 2021 - The FDA required GlaxoSmithKline, the manufacturer of Shingrix, to revise the Prescribing Information to include the following language in the Warnings and Precautions section: In a post-marketing observational study, an increased risk of Guillain-Barré syndrome was observed during the 42 days following vaccination with Shingrix. The association between vaccination with Shingrix and GBS was evaluated among Medicare beneficiaries aged 65 years or older.

February 9, 2021 - WebMD reported searches for the term “covid shingles” were recently searched. "There is no scientific evidence of this [association]," says Aaron Glatt, MD, chief of infectious diseases at Mount Sinai South Nassau in Oceanside, NY, and a spokesperson for the Infectious Diseases Society of America.

February 4, 2021 - GlaxoSmithKline plc reported fourth-quarter 2020 sales from the Vaccines segment were up 16% at CER, driven by the strong recovery in demand for Shingrix: sales rose 23% reported quarter, driven by strong demand in Europe.

January 13, 2021 - The UK's Public Health England update stated: People aged 70 years of age are eligible for the vaccine. By having the vaccination, you will significantly reduce your chance of developing shingles. In fact, in the first 3 years since the vaccine was introduced, there were about 17,000 fewer GP consultations for shingles. And, if you do go on to have shingles, the symptoms are likely to be milder and the illness shorter than if you had not had the vaccination. Like all licensed vaccines, the shingles vaccine has been thoroughly tested and meets the UK and European safety and licensing requirements. It has been used extensively in several countries, including the United States of America and Canada. In the first 4 years of the shingles vaccination program, more than 2.3 million people were vaccinated in England.

November 23, 2020 - Updated study: Recombinant Zoster Vaccine Is Efficacious and Safe in Frail Individuals. The relatively nonrestrictive inclusion/exclusion criteria in the parent ZOE studies resulted in a range of participants that included frail and pre‐frail older adults. RZV significantly reduced the risk of herpes zoster across all frailty subgroups.

October 9, 2020 - The new GSK campaign for its shingles vaccine coalesced its message around a straightforward statement: “Shingles Doesn’t Care.” They tell consumers that you can do everything right health-wise and still get shingles.

October 8, 2020 - Shingles vaccine: Should I get it? People looking to receive the shingles vaccine now have two options. The Food and Drug Administration in 2017 approved Shingrix. It's the preferred alternative to Zostavax, which was approved in 2006.

August 5, 2020 - GSK launched a national campaign to help increase low rates of vaccination among older adults. Brought to You By Vaccines, the campaign will educate adults ages 50 and older about vaccines' value and the urgent need to talk to their healthcare provider or pharmacist about the recommended vaccines they need or may have recently missed. Since the declaration of the COVID-19 pandemic and public health measures to slow the spread of the disease in the US, ordering rates across adult vaccines among healthcare practices have dropped an average of 62 percent.

July 9, 2020 - The number of senior Americans who report receiving a shingles vaccination had risen steadily since 2008, new data from the US Centers for Disease Control and Prevention's (CDC's) National Center for Health Statistics revealed. The proportion of people in this age group (60+) who were vaccinated rose from 6.7 percent in 2008 to 34.5 percent in 2018, reported the CDC.

June 9, 2020 - The U.S. CDC says, 'The COVID-19 pandemic has caused healthcare providers to change how they operate to continue to provide essential services to patients. Ensuring immunization services are maintained or reinitiated is essential for protecting individuals and communities from vaccine-preventable diseases.'

July 3, 2020 - The Science and Technology Daily reported the vaccine, Shingrix, was developed by British pharmaceutical giant GlaxoSmithKline. China's National Medical Products Administration approved it for the market in May. It is on a list of 48 "clinically urgently needed new drugs" for fast-track approval by the administration and is currently the only recombinant shingles vaccine on China's market.

May 15, 2020 - Safety of the Zoster Vaccine Recombinant Adjuvanted in Rheumatoid Arthritis and Other Systemic Rheumatic Disease Patients.

April 16, 2020 - The National Advisory Committee on Immunization has recommended LZV as a standard vaccine for HZ prevention in adults ≥ 50 years of age. Still, no studies directly comparing the safety and efficacy of RZV and LZV vaccines have been conducted. This article reviews the brief history, efficacy, and safety of the two vaccines and discusses the advantage of RZV over LZV based on the available literature.

March 2, 2020 - Shringrix was no longer listed on the CDC's vaccine shortage list.

February 2020 - Aggregate health and economic burden of herpes zoster in the United States.

November 29, 2019 - This study suggests that exogenous boosting provides some protection from the risk of herpes zoster but not complete immunity, as assumed by previous cost-effectiveness estimates of varicella immunization.

August 16, 2019 - The new shingles vaccine's availability is improving across the Military Health System. The vaccine, Shingrix, is recommended for healthy adults 50 and older to prevent the painful skin rash that can have debilitating long-term effects for older people. "But availability to the Department of Defense has improved from a year ago and continues to get better," he said, adding that beneficiaries should contact their local MTF to confirm supplies. "Now is the time to get your shingles immunization."

January 26, 2018 - Recommendations of the CDC's Advisory Committee on Immunization Practices for the Use of Herpes Zoster Vaccines. 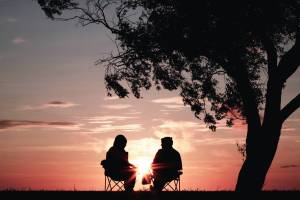 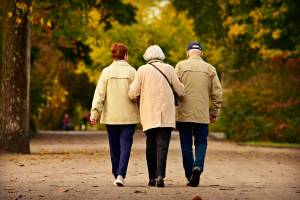 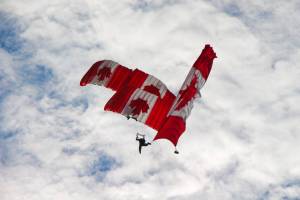 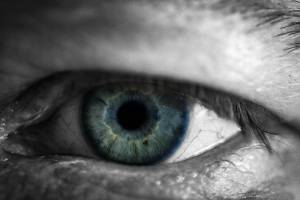 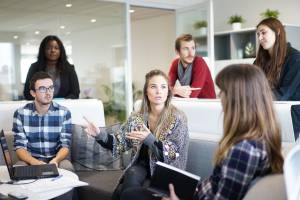