ACAM2000 is a live vaccinia virus, a replication-competent vaccine, to protect against smallpox disease. The vaccine does not contain the variola virus and cannot cause smallpox. However, It contains the vaccinia virus, which belongs to the poxvirus family, genus Orthopoxvirus.

The vaccinia virus may cause rash, fever, and head and body aches.

ACAM2000 is indicated for active immunization against smallpox disease for persons determined to be at high risk for smallpox infection.

Smallpox vaccines are no longer routine, although some soldiers and laboratory workers still are inoculated.

ACAM2000 is administered as a single dose by the percutaneous route using multiple puncture technique.

Replication-competent smallpox vaccine consists of a live, infectious vaccinia virus that can be transmitted from the vaccine recipient to unvaccinated persons who have close contact with the inoculation site or with exudate from the site.

The risk of side effects in household contacts is the same as those for the vaccine recipient. Therefore, the vaccination site requires special care to prevent the virus from spreading.ACAM2000 Smallpox Indication

September 3, 2019 - Emergent BioSolutions Awarded 10-Year HHS Contract to Deliver ACAM2000 Into the Strategic National Stockpile. Robert G. Kramer Sr., president and chief executive officer of Emergent BioSolutions, stated, “Emergent applauds the U.S. government’s continued focus on national security demonstrated through its long-term stockpiling strategy, which ensures a sustainable supply of critical medical countermeasures such as ACAM2000 vaccine, and its investment in a stable domestic manufacturing infrastructure to help protect the U.S. population against smallpox in the event of an attack.

U.S. health officials approved ACAM2000, which is part of a government stockpile for emergency use in case of a biological attack.

Smallpox was eradicated in 1979, but many experts fear that samples of the virus, which kills at least 30 percent of its victims, were developed into biological weapons in countries such as Iraq and the former Soviet Union.

In May, an FDA advisory panel said the vaccine was safe and effective but should only be used when there was a high risk of exposure to smallpox. 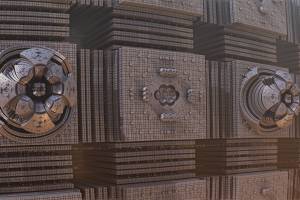 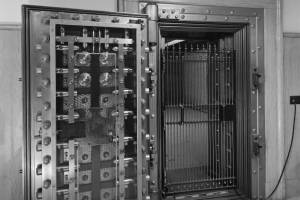