Pfizer Inc.'s RSVpreF (PF-06928316) bivalent vaccine candidate is based on the crystal structure of prefusion F, a vital form of the viral fusion protein (F) that RSV uses to attack human cells. The vaccine candidate comprises two preF proteins selected to optimize protection against respiratory syncytial virus (RSV) A and B. In addition, Pfizer engineered and tested numerous candidates and identified those that elicited a strong and stable immune response in pre-clinical evaluation, leading to the vaccine candidate Pfizer is evaluating in phase 3 clinical trials.

The bivalent prefusion F subunit investigational vaccine candidate (RSVpreF) vaccine candidate builds on foundational basic science discoveries, including those made at the U.S. National Institutes of Health (NIH), which detailed the crystal structure of a key viral protein that RSV uses to attack human cells.

For infants, RSVpreF is designed to stimulate the production of serum anti-F immunoglobulin G in the mother, which can then be transferred to the fetus across the placenta and protected for the first six months of life when the risk of hospitalization is highest. For seniors (60 yr.+), the vaccine is to prevent lower respiratory tract disease caused by RSV.

In a Phase 2 Efficacy study, Pfizer reported that the RSV vaccine showed 100% efficacy against mild to moderate RSV illness in adults (N=62). On June 24, 2022, the peer-review journal NEJM published an Original Article based on a phase 2 study findings that concluded: that the RSVpreF vaccine was effective against symptomatic RSV infection and viral shedding. In addition, no evident safety concerns were identified.

On August 25, 2022, Pfizer announced a pre-planned, interim analysis of RSVpreF efficacy conducted by an independent, external Data Monitoring Committee (DMC) to assess protection against RSV-associated lower respiratory tract illness (LRTI-RSV) defined by two or more symptoms demonstrated vaccine efficacy: 66.7% (96.66% CI: 28.8%, 85.8%). In addition, the phase 3 study found vaccine efficacy of 81.8% was observed against severe medically attended lower respiratory tract illness due to RSV in infants from birth through the first 90 days of life with high efficacy of 69.4% demonstrated through the first six months of life.

Pfizer confirmed on December 7, 2022, that the U.S. Food and Drug Administration (FDA) accepted for priority review a Biologics License Application (BLA) for PF-06928316 or RSVpreF, as submitted for the prevention of lower respiratory tract disease caused by RSV in individuals 60 years of age and older. The Prescription Drug User Fee Act (PDUFA) goal date for a decision by the FDA on the RSVpreF application is in May 2023. RSVpreF previously received Breakthrough Therapy Designation from the FDA on March 2, 2022, for the prevention of RSV-associated lower respiratory tract disease in infants from birth up to six months of age by active immunization of pregnant women, and for seniors on March 24, 2022. In November 2018, the FDA granted Fast Track status to RSVpreF.

A $27.5 million grant from Bill & Melinda Gates Foundation to Pfizer on September 28, 2022, will support the development of an affordable multidose vial for delivery of the RSV vaccine candidate in lower-income countries via public sector purchasers, including Gavi.

As of October 2022, the price for the RSVpreF RSV vaccine was not announced. The U.S. CDC Vaccine Price List was updated on September 2022. Additional vaccine price and discount information is posted at InstantRx™.

RSVpreF is indicated to prevent RSV infections in infants and adults, says Pfizer. Globally, there are an estimated 33 million cases of RSV annually in children less than five years of age, with about 3 million hospitalized and up to approximately 120,000 dying each year from complications associated with the infection. Nearly half of pediatric hospitalizations and deaths occur in infants less than six months of age. In addition, it is estimated that in the United States, approximately 177,000 older adults are hospitalized annually because of RSV, says the U.S. CDC.

A study published by the NEJM on July 30, 2021, concluded by saying, 'RSV F protein nanoparticle vaccination in pregnant women did not meet the prespecified success criterion for efficacy against RSV-associated, medically significant lower respiratory tract infection in infants up to 90 days of life.'

In a phase 2b clinical trial, we randomly assigned pregnant women at 24 through 36 weeks' gestation to receive either 120 or 240 μg of RSVpreF vaccine (with or without aluminum hydroxide) or a placebo. Across the range of assessed gestational ages, infants of immunized women had similar titers in umbilical-cord blood and similar transplacental transfer ratios. STUDY CONCLUSIONS: RSVpreF vaccine-elicited neutralizing antibody responses with efficient transplacental transfer and without evident safety concerns.

December 7, 2022 - Annaliesa Anderson, Ph.D., SVP and Chief Scientific Officer, Vaccine Research & Development, Pfizer, commented in a press release, “The FDA’s acceptance of the BLA for our RSV vaccine candidate is an important regulatory milestone in Pfizer’s efforts to help protect older adults against RSV and demonstrates additional progress toward what has been an elusive public health goal – reducing the overall burden associated with this infectious disease.”

November 1, 2022 - Pfizer announced the RSVpreF investigational vaccine was well-tolerated with no safety concerns for both vaccinated individuals and their newborns. and the results met one of the study protocol’s pre-specified regulatory success criteria.

June 23, 2022 - An Editorial by Marie R. Griffin, M.D., M.P.H., Vanderbilt University School of Medicine, was published by the NEJM - A Challenge to Respiratory Syncytial Virus Illness in Adults. This editorial was related to the phase 2 study results presented in an Original Article.

July 30, 2021 - Pfizer announced a challenge study, giving vaccines to 62 adults under 50, who were then intentionally infected with RSV to see if the shot worked, showed "100% observed efficacy against mild to moderate symptomatic infection resulting from RSV."

June 22, 2020 - Pfizer Announces the start of (4) Phase 3 Clinical Trials. One study (NCT04424316) of the respiratory syncytial virus (RSV) vaccine candidate, RSVpreF, in pregnant women to evaluate the safety and efficacy of RSVpreF in infants born to immunized pregnant women as compared to placebo.

May 22, 2018 - Pfizer Inc. announced that it had started a Phase 1/2 trial of its respiratory syncytial virus vaccine candidate in healthy adult volunteers. The highest risk of severe outcomes from RSV occurs in the first months of life.

RSV preF is currently being tested in several clinical trials.

In August 2022, Pfizer announced positive top-line results of an interim efficacy analysis for RENOIR. The Phase 3 RENOIR trial of RSVpreF is a global, randomized, double-blind, placebo-controlled study that expects to enroll approximately 30,000 participants 60 years and older. Vaccine efficacy of 85.7% was observed in participants with more severe disease primary endpoint of LRTI-RSV defined by analysis of three or more RSV-associated symptoms. The investigational vaccine was well-tolerated with no safety concerns.

In April 2020, positive top-line results were achieved for a Phase 2b proof-of-concept study of RSVpreF, which evaluated the safety, tolerability, and immunogenicity of RSVpreF in vaccinated pregnant women ages 18 through 49 and their infants. Pfizer will publish outcomes from this clinical trial at a future date. 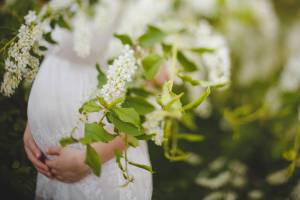