The U.S. FDA initially approved Gardasil for use in the USA on June 8, 2006, and a final approval letter was issued on April 24, 2015. Gardasil 2-dose vaccination series was approved by the U.S. CDC's Advisory Committee on Immunization Practices (ACIP) for females 9-26 years of age to protect against cervical, vulvar and vaginal cancers caused by Human Papillomavirus (HPV) types 16 and 18 and genital warts caused by HPV types 6 and 11.

On November 7, 2022, Merck, known as MSD outside of the U.S. and Canada, announced that an updated systematic literature review examining the global impact and effectiveness of HPV vaccination using GARDASIL was published in the journal Expert Review of Vaccines. This systematic review observed that the use of GARDASIL led to reductions in the rates of high-grade (precancerous) and low-grade cervical lesions, as well as reductions in certain non-cervical HPV-related diseases and HPV infections in women and men. The systematic review included 138 peer-reviewed studies published between March 1, 2016, and March 31, 2020. It details the impact and effectiveness of GARDASIL through immunization programs in 23 countries across Africa, Asia, Europe, Australia, South America, and North America and builds on a prior review of real-world data published in 2016. Studies examining GARDASIL 9® (Human Papillomavirus 9-valent Vaccine, Recombinant) were not included in this review.

Gardasil is a vaccine that prevents diseases caused by 4 HPV types included in the vaccine. HPV vaccination is recommended for all preteens (including girls and boys) at ages 11–12 years. All preteens need HPV vaccination to protect them from HPV infections that can cause cancer later in life.

The Gardasil vaccine is an important cervical cancer prevention tool that will potentially benefit millions of women's health. About 12,000 women are diagnosed with cervical cancer annually, and almost 4,000 die from this disease in the United States. Worldwide, cervical cancer is women's second most common cancer, causing 470,000 new cases and 233,000 deaths annually.

Based on the FDA and CDC's review of available information, Gardasil continues to be safe and effective, and its benefits continue to outweigh its risks. Therefore, the CDC has not changed its recommendations for the use of Gardasil. Likewise, the FDA has not changed the prescribing information for how the vaccine is used.

Gardasil was offered in the U.K. in September 2012 as a 3-dose course. However, after a review of the data by JCVI, this was revised in 2014 to a 2-dose course for the routine program for girls up to and including the age of 14. After reviewing further data, the JCVI will be issuing interim advice on moving to a one-dose schedule for the routine adolescent program.

Merck & Co. reported on February 3, 2022, during the fourth quarter of 2021, GARDASIL/GARDASIL 9 sales grew 53% to $1.5 billion, primarily driven by strong global demand, particularly in China, which also benefited from increased supply. Fourth-quarter 2021 GARDASIL/GARDASIL 9 sales growth was partially offset by lower sales in the U.S. due to the timing of public sector purchases, as well as the replenishment in the fourth quarter of 2020 of doses that were borrowed from the U.S. CDC Pediatric Vaccine Stockpile, which increased fourth-quarter 2020 sales by $120 million.

November 7, 2022 - "Since its first authorization in 2006, GARDASIL has been widely used in national immunization programs all around the world, which has enabled researchers to study the impact of HPV vaccination in a broad range of populations and settings," said Ravinder Dhawan, vice president, head of the center for observational and real-world evidence, Merck Research Laboratories. "These real-world data from more than one hundred published studies show decreases in vaccine-type HPV infections and related diseases and are an important reminder that we need to do more to expand vaccination to males and females as part of the global fight to lessen the incidence of certain HPV-related diseases and cancers."

December 16, 2021 - GAVI reported in Kenya, Africa, HPV is the second cause of cancer among women between 15 and 44 years, with approximately 5,250 cases diagnosed yearly. In October 2019, Kenya announced plans to have more than 800,000 girls protected against cervical cancer by introducing the HPV vaccine.

September 17, 2021 - Original Research: Trends in Human Papillomavirus Vaccine Safety Concerns and Adverse Event Reporting in the United States was published by the JAMA Network. Safety concern has been identified as a primary barrier to initiating the human papillomavirus (HPV) vaccine in the US. However, it is unclear if the public's sentiment concerning HPV vaccine safety aligns with postmarketing vaccine safety surveillance data. Conclusions and Relevance  In this descriptive cross-sectional study, a rise in citing safety concerns were observed among parents with HPV vaccine hesitancy, contrary to the severe and nonserious AE reporting trends. These findings suggest an urgent need to combat the rising sentiment of safety concerns among caregivers to increase HPV vaccine confidence.

August 31, 2021 - Fierce Pharma reported Merck's HPV vaccine Gardasil 9, which saw an 11% annual price hike, according to Bernstein analysts. Gardasil 9 and its sister shot Gardasil were hit particularly hard during the pandemic as patients delayed doctor visits and prioritized COVID-19 jabs. However, those vaccines have started their comeback, as sales jumped 88% during the second quarter to $1.23 billion.

August 28, 2021 - The Lancet published a study that found, 'Reassuringly, our large well-controlled study does not support that human papillomavirus vaccination increases the risk of non-targeted infectious disease in any clinically meaningful way. While our study does not provide evidence against adverse effects of other non-live vaccines, it does provide evidence against the claim that all non-live vaccines increase the risk of heterologous infections in females.'

August 8, 2021 - Thailand confirmed that all HPV vaccines registered had been certified by the Institute of Biological Products, Department of Medical Sciences.

Gardasil has been tested in over 195 clinical trials, studying the vaccine's safety, effectiveness, and immunogenicity.

Interpretation: A single dose of HPV vaccine provides similar protection against persistent infection from HPV 16 and 18, the genotypes responsible for nearly 70% of cervical cancers, to that provided by two or three doses. 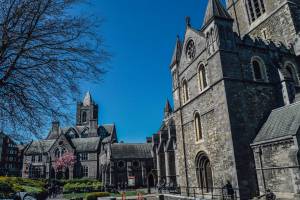 Status:
Approved
FDA First In Class:
Yes
Availability:
Not in the USA