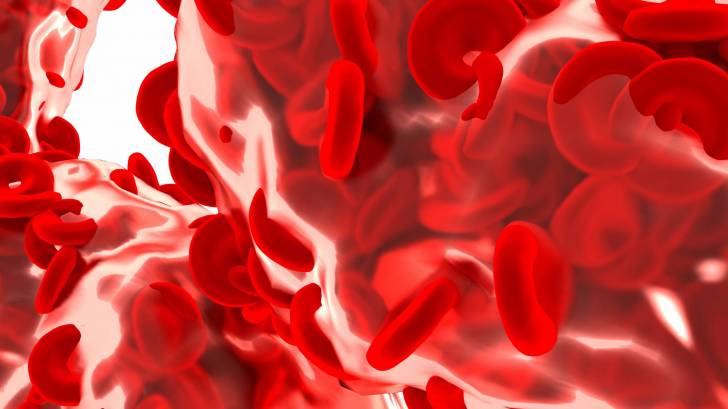 This study found an injectable, biomaterial-based vaccine that, when combined with standard chemotherapy, caused complete and lasting recovery from and immunity against AML in mice.

Published in Nature Biomedical Engineering on January 14, 2020, these Wyss Institute at Harvard University researchers said in a related press release, ‘The promising outcomes of the combination of this vaccine with chemotherapy may translate to human vaccines that can be personalized yet offer off-the-shelf convenience.

Like other vaccines, the AML vaccine "teaches" the body's immune system to recognize a foreign invader, in this case, AML cancer cells, so that it can mount an effective attack when that invader appears.

While traditional vaccines are typically liquid, this vaccine is a tiny, disk-shaped "cryogel" scaffold made primarily of two materials - polyethylene glycol and alginate - that have been cross-linked together to form a matrix.

Two chemicals (GM-CSF and CpG-ODN) are embedded in the scaffold to attract the body's dendritic cells and activate them, along with antigens specific to AML cells (either content from dead AML cells or a peptide from the protein WT-1).

The activated dendritic cells take up the antigens from the vaccine site and present them to T cells, triggering them to seek and destroy AML cells and, hopefully, patrol the body long-term to destroy any disease recurrence.

To test whether their cryogel vaccine effectively primed the immune system to attack AML cells, the team injected it under the skin of healthy mice and saw that it resulted in a much higher number of activated T cells when either AML cell contents or WT-1 was used as the antigen, compared with mice that received the activating chemicals via a traditional vaccine injection or a "blank" scaffold without any chemicals.

They then "challenged" the mice by injecting them with WT-1-expressing AML cells to mimic the initial onset of the disease.

The mice that received either the traditional vaccine or a blank scaffold succumbed to the disease within 60 days, while those that received the cryogel vaccine survived. The survivors were then re-challenged with a second dose of AML cells after 100 days and displayed no signs of disease, demonstrating that the vaccine successfully protected them against recurrence.

Because AML originates in the bone marrow and cancerous cells can "hide" there to escape chemotherapy treatment, the team analyzed the mice's bone marrow.

They found large numbers of active T cells and no trace of AML cells in the cryogel-vaccinated mice's marrow.

When they transplanted bone marrow from those mice into healthy mice that were then challenged with AML cells, all of the transplant recipients survived while a control group of mice succumbed to AML within 30 days, indicating that the immune protection against AML was sustained and transferable.

Study co-first author Alex Najibi, a graduate student in the Wyss Institute at Harvard University Mooney lab said in the related press release, "We found that AML cells actually enter the cryogels over time, right where dendritic cells are already concentrated and activated.”

“When the chemo causes large numbers of AML cells to die, the dendritic cells can pick up their remains as antigens and generate a strong signal to activate T cells against AML."

Additionally, they found that the antigen-free vaccine alone did not effectively reduce the amount of AML cells in the marrow or increase the number of active T cells, but the combo therapy achieved both of those goals.

The combo also caused a decline in the number of regulatory T cells (Tregs) in the marrow, which suppresses immune function and is thought to be a major reason why AML cells in the marrow can evade immune detection.

Work on the cryogel vaccine is continuing along multiple threads of inquiry.

This research team is examining how it could be combined with sequencing technology to identify antigens that are specific to a single patient's cancer and create a highly personalized vaccine, and also exploring potential synergies with T cell and other adoptive transfer techniques.

Other members of the lab are researching antigen-free vaccines in the context of breast cancer, as well as further investigating the response they observed in AML.

This is important research since about 19,940 new cases and 11,180 fatalities related to acute myeloid leukemia will be confirmed in 2020.

According to the American Cancer Society, Acute myeloid leukemia starts in the bone marrow, which is the soft inner part of certain bones, where new blood cells are made, but most often it quickly moves into the blood, as well.

AML can sometimes spread to other parts of the body including the lymph nodes, liver, spleen, central nervous system, and testicles.

Most often, AML develops from cells that would turn into white blood cells (other than lymphocytes), but sometimes AML develops in other types of blood-forming cells.

The different types of AML are discussed in Acute Myeloid Leukemia (AML) Subtypes and Prognostic Factors.

This research was supported by the National Institutes of Health, the Cancer Research Institute, and the National Science Foundation. No conflicts of interest were disclosed.