Vaxchora is a live attenuated recombinant V. cholerae O1 Inaba Vaccine Strain CVD 103-HgR, which can synthesize the immunogenic nontoxic B subunit of CT (encoded by the ctxB gene). Vaxchora is an oral vaccine for active immunization against disease caused by Vibrio cholerae serogroup O1. VAXCHORA is approved for use in adults 18 through 64 years of age traveling to cholera-affected areas.

The vaccine contains a weakened form of the cholera bacterium Vibrio cholerae (serogroup O1). The V. cholerae vaccine strain produces an incomplete, nontoxic version of the cholera toxin, replicating in the gastrointestinal tract.

The vaccine is made in water and taken by mouth as a single dose at least ten days before the person is likely to contract cholera bacteria. The European Medicines Agency noted that evidence from Vaxchora studies is relevant only for travelers visiting areas where cholera is present. It is not known how long the protection lasts.

Gaithersburg, Maryland-based Emergent BioSolutions is a global life sciences company whose mission is to protect and enhance life.

Vaxchora is indicated for active immunization against disease caused by Vibrio cholerae serogroup O1 in adults 18 through 64 years of age traveling to an active cholera-affected area. Active transmission is defined as having cases reported within the past year. The vaccine's benefits include preventing moderate to severe diarrhea caused by cholera bacteria in immunologically naive individuals. Cholera is a life-threatening illness that causes diarrhea. Cholera is caused by eating or drinking the Vibrio cholera bacteria.

The CDC Advisory Committee on Immunization Practices recommends Vaxchora for adult travelers aged 18 to 64 years who visit an area of active cholera transmission. Active transmission is defined as having cases reported within the past year.

Cholera, an acute bacterial disease of the small intestine, causes severe vomiting, diarrhea, and dehydration that can become life-threatening. It is estimated that three million to five million cholera cases occur each year, causing nearly 100,000 fatalities worldwide. However, most people infected with V. cholerae do not experience symptoms.

Vaxchora is a live, weakened vaccine taken as a single, oral liquid dose of approximately three fluid ounces at least ten days before travel to a cholera-affected area.

Vaxchora Vaccine Limitations of Use

The effectiveness of Vaxchora has not been established in persons who have pre-existing immunity due to previous exposure to V. cholerae or receipt of a cholera vaccine. The safety and effectiveness of Vaxchora in pregnant or breastfeeding women are not yet known, and it is also not known how long protection lasts beyond 3 – 6 months after getting the vaccine. Side effects from Vaxchora are uncommon and may include tiredness, headache, abdominal pain, nausea and vomiting, lack of appetite, and diarrhea.

Vaxchora has not been shown to protect against disease caused by V. cholerae serogroup O139 or other non-O1 serogroups.

Vaxchora (Cholera Vaccine, Live, Oral) Pregnancy Registry has been established to monitor the safety of Vaxchora use during pregnancy. Vaxchora is not absorbed systemically following oral administration, and maternal use is not expected to result in fetal exposure to the drug. Studies have not been performed among pregnant women who have taken Vaxchora. The pregnancy registry's goal is to prospectively collect data on the safety of VAXCHORA exposure on pregnant women and their offspring. The registry is strictly observational.

December 27, 2021 - The Democratic Republic of the Congo launched a cholera vaccination campaign targeting 2 million people. The campaign is being carried out in Haut-Lomami, South Kivu, and Tanganyika provinces, with about 4 million doses delivered by the Global Task Force on Cholera Control. A two-round dose of oral cholera vaccine provides up to five-year protection.

November 2, 2021 - The WHO Africa reported 67 suspected cases, including three confirmed and five deaths (case fatality ratio (CFR 7.4%) had been reported in Cameroon.

June 18, 2021 - The ECDC reported several countries in Africa and Asia had reported cholera outbreaks. Major ongoing outbreaks are being reported from Bangladesh and Yemen. In addition, Haiti reported its last laboratory-confirmed case in February 2019.

June 12, 2021 - Ethiopia officially launched a preventive oral cholera vaccination campaign targeting 2 million people aged one year and above in the Tigray region to avert a potential outbreak in the north. The vaccination drive, which began on 10 June, will cover 13 priority districts in Tigray and is being carried out alongside measures such as water purification tablets and handwashing soaps to improve water, sanitation, and hygiene.

January 31, 2020 - EU Panel Backs Cholera Vaccine Vaxchora for Adults, Children. The Committee for Medicinal Products for Human Use of the European Medicines Agency (EMA) recommended marketing authorization for cholera vaccine (recombinant, live, oral) (Vaxchora, Emergent Netherlands BV) for protection against cholera in adults and children, according to an EMA summary of the opinion.

June 10, 2016 - The U.S. Food and Drug Administration approved Vaxchora, a vaccine for preventing cholera caused by serogroup O1 in adults 18 through 64 years of age traveling to cholera-affected areas. Vaxchora is the only FDA-approved vaccine for the prevention of cholera.

Vaxchora vaccine continues to be studied in various clinical trials. 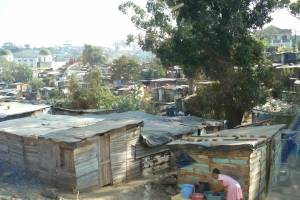 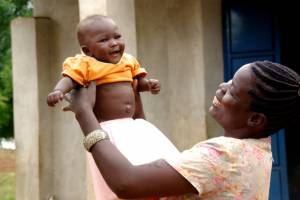