GSK's Mosquirix RTS,S/AS01e, is a recombinant malaria vaccine candidate consisting of the P. falciparum circumsporozoite protein (CSP) from the pre-erythrocytic stage. Mosquirix aims to trigger the immune system to defend against the first stages when the Plasmodium falciparum malaria parasite enters the human host’s bloodstream through a mosquito bite and infects liver cells.

The T-cell epitope of CSP is O-fucosylated in Plasmodium falciparum and Plasmodium vivax, while the RTS,S/AS01e malaria vaccine produced in yeast is not.

Mosquirix does not provide complete protection against malaria caused by P. falciparum. The malaria vaccine is designed to prevent the parasite from infecting the liver, mature, multiply, re-enter the bloodstream, and infect red blood cells, leading to disease symptoms. Because of the vaccine's composition, it also protects against the hepatitis B virus.

In July 2015, the European Medicines Agency gave a positive regulatory assessment of the RTS,S/AS01e malaria vaccine for 5–17-month-olds.

The RTS,S/AS01e malaria vaccine, was developed by GSK for more than 30 years. The RTS,S vaccine was created in 1987 and began pilot implementation in endemic countries in 2019. This first-generation malaria vaccine demonstrates modest efficacy against malaria illness and holds promise as a public health tool, especially for children in high-transmission areas where mortality is high.

In partnership with PATH since 2001, GSK is currently testing the vaccine in Ghana, Kenya, and Malawi under the Malaria Vaccine Implementation Programme. Ministries of health are leading the implementation of the vaccine, which is being given to young children through the three countries’ routine immunization programs, with WHO providing technical and scientific leadership, playing a coordinating role, and working in collaboration with GSK, PATH, and a range of other partners.

The first dose of the vaccine has reached more than 500,000 children since ministries of health initiated the three participating countries' pilots in 2019.

The main evidence derives from a large clinical trial conducted in seven African countries (Burkina Faso, Gabon, Ghana, Kenya, Malawi, Mozambique, and Tanzania), reports the EMA. Data from this trial showed that Mosquirix provides modest protection against Plasmodium falciparum malaria in children in the 12 months following vaccination. The vaccine effectively prevented a first or only clinical malaria episode in 56% of children aged between 5-17 months and in 31% of children aged 6-12 weeks. The efficacy of the vaccine decreased after one year. The safety profile of the vaccine was considered acceptable.

Since January 1, 2019, Burundi's Ministry of Health has reported nearly 6 million malaria cases (out of a total population of approximately 12 million), with more than 1,800 deaths.

Mosquirix vaccine has been developed to prevent malaria in young children living in malaria-endemic regions. In Europe, Mosquirix is currently indicated for children aged 5 to 17 months and infants aged 6 to 12 weeks at the first vaccination time to help protect against malaria caused by the parasite Plasmodium falciparum. However, Mosquirix is not approved for older children, teens, nor adults.

According to official recommendations in those areas, the vaccine should only be used in areas of the world where malaria caused by Plasmodium falciparum is prevalent.

About 2,000 cases of malaria are diagnosed in the United States annually, mostly in returned travelers, says the U.S. CDC. Travelers to sub-Saharan Africa have the greatest risk of both getting malaria and dying from their infection.

August 25, 2021 - The NEJM journal published an Original Article: Seasonal Malaria Vaccination with or without Seasonal Malaria Chemoprevention. CONCLUSIONS - Administration of RTS,S/AS01E was noninferior to chemoprevention in preventing uncomplicated malaria. The combination of these interventions resulted in a substantially lower incidence of uncomplicated malaria, severe malaria, and death from malaria than either intervention alone.

August 4, 2021 - In advance of key decisions from WHO and Gavi and to address the associated uncertainty around future demand, Gavi, GSK, and MedAccess have developed an innovative financing solution to ensure continued manufacturing of the vaccine antigen RTS,S so that it will be immediately available should there be a positive decision to move forward.

June 30, 2021 - The WHO announced China had been awarded a malaria-free certification. “Today, we congratulate the people of China on ridding the country of malaria,” said Dr. Tedros Adhanom Ghebreyesus, WHO Director-General. “Their success was hard-earned and came only after decades of targeted and sustained action. With this announcement, China joins the growing number of countries that are showing the world that a malaria-free future is a viable goal.”

March 12, 2021 - Review: Towards Eradication of Malaria: Is the WHO’s RTS,S/AS01 Vaccination Effective Enough?

March 1, 2021 - The U.S. CDC reported a malaria epidemic is ongoing in Burundi. Since January 1, 2019, the Ministry of Health has reported nearly 6 million cases (out of a total population of approximately 12 million), with more than 1,800 deaths.

February 25, 2021 - The WHO reported El Salvador today became the first country in Central America to be awarded a certification of malaria elimination by the World Health Organization. The certification follows more than 50 years of commitment by the Salvadoran government and people to ending the disease in a country with a dense population and geography hospitable to malaria.

January 27, 2021 - GSK, PATH, and Bharat Biotech (BBIL) announced a product transfer agreement for the malaria vaccine, RTS,S/AS01E. The agreement includes the transfer of manufacturing of the RTS,S antigen part of the vaccine, and a license on all rights of the RTS,S/AS01 malaria vaccine to BBIL. In addition, GSK will retain the adjuvant's production (AS01E) and supply it to BBIL.

January 27, 2021 - Fighting malaria in the lab and on the ground. Malaria is one of the world’s oldest diseases, with evidence of the mosquito-borne illness found in tissues from Ancient Egyptian mummies. But despite its long history and our understanding of its biology, malaria remains one of the world’s deadliest diseases.

September 8, 2020 - The Nature journal published: The quest for a vaccine against malaria.

August 16, 2019 - Overcoming obstacles to end malaria. The only treatment available for this type of malaria, primaquine, needs to be taken for fourteen days, so it is often associated with poor compliance. To address this and make it easier for patients, we have been developing tafenoquine, in partnership with the not-for-profit foundation Medicines for Malaria Venture (MMV), as a single-dose treatment.

Clinical Trial NCT03806465: An Evaluation of the Cluster-randomised Pilot Implementation of RTS,S/AS01 Through Routine Health Systems in Moderate to High Malaria Transmission Settings in Africa.

Clinical Trial NCT03143218: A double-blind, individual randomized phase 3 trial will be undertaken in 6000 children under the age of five years living in areas of Burkina Faso or Mali where the transmission of malaria is intense and highly seasonal to determine whether the malaria vaccine RTS,S/AS01 is (a) as effective as SMC with SP + AQ in preventing clinical malaria (b) provides additional, useful protection when given together with SMC. The primary trial end-point will be the incidence of clinical episodes of malaria detected by passive case detection. 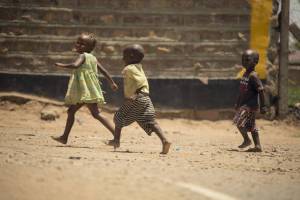 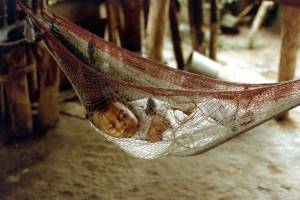