Regeneron Inc.'s Inmazeb's three mAbs bind to different, non-overlapping epitopes on Zaire ebolavirus glycoprotein. The mAbs combination help neutralize the Ebola virus disease (EVD) by blocking their ability to invade patients' and/or enlist other immune cells to target infected cells and remove them from the body. Inmazeb has only been evaluated for efficacy against Zaire ebolavirus.

The U.S. FDA issued approval on October 14, 2020, for Inmazeb for the treatment of infection caused by Zaire ebolavirus in adult and pediatric patients, including newborns of mothers who have tested positive for the infection.

On August 19, 2022, the World Health Organization (WHO) published its first guideline for Ebola virus disease therapeutics, with new strong recommendations for the use of monoclonal antibodies, including Inmazeb.

On October 14, 2020, Regeneron announced that the U.S. Food and Drug Administration (FDA) approved Inmazeb to treat infection caused by Zaire ebolavirus in adult and pediatric patients, including newborns of mothers who have tested positive for the disease. Regeneron expects to deliver an established number of treatment doses over the course of 6-years and receive compensation of approximately $10 million in 2021 and an average of $67 million per year for each of the next five years (2022-2026). Inmazeb was developed in collaboration and with federal funds from BARDA, part of the Office of the Assistant Secretary for Preparedness and Response at the HHS under ongoing USG Contract Nos. HHSO100201700016C and HHSO100201500013C.

The efficacy of INMAZEB has not been established for other species of the Ebolavirus and Marburgvirus genera. Zaire ebolavirus can change over time, and factors such as the emergence of resistance or changes in viral virulence could diminish the clinical benefit of antiviral drugs. Consider available information on drug susceptibility patterns for circulating Zaire ebolavirus strains when deciding to use INMAZEB.

The use of Inmazeb may reduce the efficacy of live vaccines. The interval between live vaccination following initiation of Inmazed therapy should be in accordance with current vaccination guidelines.

The most common adverse events reported in at least 10% of subjects who received INMAZEB were pyrexia (or elevation in fever), chills, tachycardia, tachypnea, vomiting, hypotension, diarrhea, and hypoxia.

August 19, 2022 - The WHO's guideline development group issued a Strong Recommendation for using Inmazeb.

January 11, 2021 - Springer published: REGN-EB3: First Approval. This article summarizes the milestones in the development of REGN-EB3, leading to this first approval for the treatment of infection caused by Zaire ebolavirus (Ebola virus) in adult and pediatric patients.

December 12, 2020 - The NEJM published a study that found REGN-EB3 was superior to ZMapp in reducing mortality from EVD.

July 29, 2020 - Regeneron Pharmaceuticals announced that the Biomedical Advanced Research and Development Authority, part of the Office of the Assistant Secretary for Preparedness and Response within the U.S. Department of Health and Human Services, agreed to procure REGN-EB3 as part of the national preparedness for public health emergencies.

November 26, 2018 - The Ministry of Health of the Democratic Republic of the Congo announced the launching of a randomized clinical trial to evaluate the effectiveness and safety of medications used in Ebola patients' treatment.

October 3, 2017 - The US government announced it is expanding the Strategic National Stockpile supply of vaccines and medications to better prepare for an Ebola outbreak. 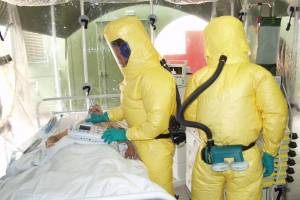 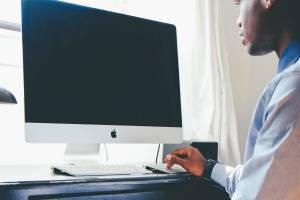