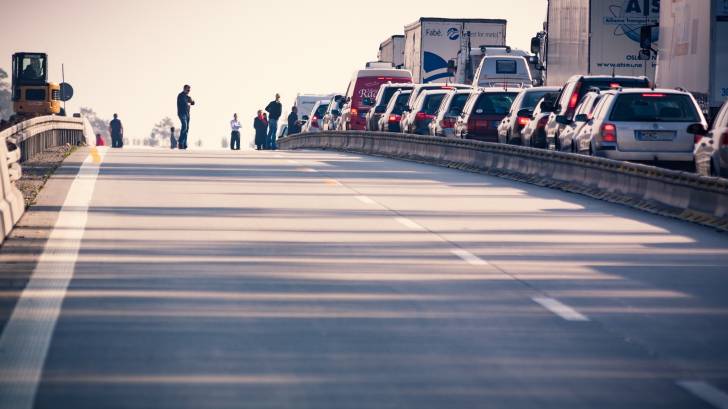 The Wuhan City Epidemic Prevention and Control Headquarters issued Notice #1 announcing the temporary closure of most transportation services for the city of Wuhan in the People's Republic of China.

This Notice was published on January 22, 2020, regarding the expanding the Novel Coronavirus outbreak known as 2019-nCoV, which was initiated from Wuhan in late December 2019.

This 2019-nCoV outbreak has already exceeded 550 pneumonia cases and 17 related fatalities in about 3 weeks.

The 2019-nCov related quarantine impacts the movement of about 11 million residents in Hubei province, China.

Starting at 10:00 in the morning on January 23rd, Wuhan’s urban bus, subway, ferry, and long-distance passenger transportation will suspend operation. As will the airport and railway station from the Han corridor.

Furthermore, Notice #1 says ‘citizens should not leave Wuhan without a special reason.’

The city headquarters now requires all districts to set up epidemic detection points based on the city's public security checkpoints, strictly screen and detect, and resolutely prevent the risk of epidemic output from spreading.

In reaction to Notice #1, Wuhan's mayor provided these comments to local media on January 22nd.

‘At present, we have resolutely banned any large-scale activities, gathering of people, canceled tourist groups traveling to home and abroad, strictly prohibited the transportation of various types of animals into the city, and severely cracked down on various illegal transportation activities.’

‘And, under the guidance of the expert group of the National Health and Health Commission, we strive to ensure that the epidemic-infected groups cannot enter or leave, and cannot cause greater pressure on prevention and control in other regions.’

This quarantine decision may be related to the upcoming Chinese Lunar New Year which begins for 40 days starting on January 25, 2020.

This annual celebration will significantly increase travel volumes to/from China and within China, increasing the likelihood of the 2019-nCoV spreading internationally.

According to a World Health Organization (WHO) video conference on January 22nd, China made this ‘quarantine’ decision of Wuhan without WHO consent.

But, the WHO committee said it was split 50/50 on issuing its 2019-nCoV outbreak recommendation. The WHO leadership team said it would reconvene this committee on the 23rd, to refocus on this expanding disease outbreak.

Previously, the US Centers for Disease Control and Prevention (CDC) issued a Level 2 Travel Alert regarding China’s 2019-nCoV outbreak.

The CDC’s Practice Enhance Precations’ Travel Alert  issued on January 21, 2020, said ‘Travelers from the city of Wuhan, China, arriving in the USA, could be asked questions about their health and travel history upon arrival and may undergo health screening, including having their temperature taken and filling out a symptom questionnaire.’

‘Arriving travelers with signs and symptoms of illness will have additional health assessments and could be ‘quarantined’ during the evaluation process.’

This new CDC passenger screening policy has already produced results in the State of Washington.

The USA’s initial 2019-nCoV case has been confirmed by the CDC.

Health officials identified the infected person as a man in his 30s from Snohomish County, Washington, who had recently traveled to Wuhan, China. The man had traveled from Wuhan to Seattle–Tacoma International Airport and reported to the Providence Regional Medical Center in Everett, Washington.

“The new coronavirus that is affecting Asia is especially dangerous since it is a cousin to SARS which kills 10 percent of the people affected, said Crockett Tidwell RPh, CDE, Travel Vaccination Services, United Supermarkets Pharmacy.

Coronaviruses are zoonotic, meaning they are transmitted between animals and people. Coronaviruses that infect animals can evolve and become a new human coronavirus. Three recent examples of this process are 2019-nCoV, SARS-CoV, and MERS-CoV.

“Much like the days before vaccines when smallpox and the Spanish flu killed millions, a new disease has the potential to cause a global catastrophe.”

“Since it takes years to develop a new vaccine, we can only try to contain the spread of a new disease.”

“Pay close attention to travel health warnings and take appropriate precautions during an outbreak. And always visit a travel health professional as soon as you make travel plans to receive the best advice on how to stay healthy while traveling abroad,’ concluded Tidwell.

While there are no Coronavirus vaccines commercially available, there are 2 early-stage clinical trials focused on the MERS-CoV, such as the following news:

‘There is much more to learn about how the 2019-nCoV virus spreads, the severity of associated illness, and other features of the virus,’ says the CDC.

Furthermore, the CDC says healthcare providers in the USA should immediately contact their local/state health department to notify them of patients with fever and lower respiratory illness who traveled to Wuhan, China within 14 days of symptom onset.