Niprab, a pre-clinical vaccine candidate, is a novel recombinant vaccine that uses a modified rabies virus vector and incorporates a gene from Nipah virus

Researchers created a viral particle that displays components of both viruses on its surface.

The rabies vector is a well-established vaccine strain with little capacity to cause diseases in the nervous system. Because the immune system interacts with both viral components, it develops a reaction that is specific and can defend against both viruses.

NiV was initially isolated and identified in 1999 during an outbreak of encephalitis and respiratory illness among pig farmers and people with close contact with pigs in Malaysia and Singapore.

The Nipah and Rabies antibodies also react to a virus from the same family as Nipah, the Hendra virus, which causes similar symptoms.

The researchers are with the Jefferson Vaccine Center at Thomas Jefferson University. 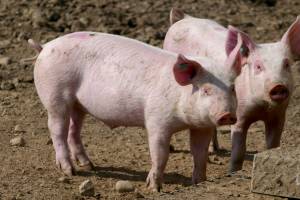