On November 10, 2020, Moderna issued interim data from the Phase 1 dose-expansion cohort study of mRNA-4157 combined with pembrolizumab. The data showed that mRNA-4157, combined with Keytruda®, is well tolerated at all dose levels and produced responses measured by tumor shrinkage by RECIST 1.1 criteria in HPV(-) HNSCC patients. However, no responses were observed in the MSS-CRC group of patients.

In the dose-expansion cohort, the Overall Response Rate (ORR) in the HPV(-) HNSCC group of patients as measured by RECIST 1.1 is 50% (5/10), with two patients achieving a complete response with no detectable disease, and three patients achieving a partial response, all of which are ongoing. The median progression-free survival (mPFS) is 9.8 months, which compares favorably to the published ORR and the mPFS of 14.6% and 2.0 months, respectively, for Keytruda monotherapy. Including four patients with stable disease, the Disease Control Rate (DCR) is 90% (9/10). The median duration of response has not been reached. The HPV(-) HNSCC cohort continues to recruit, and Moderna has decided to expand the current cohort's size based on the interim data reported.

On October 12, 2022, Moderna announced that Merck had exercised its option to jointly develop and commercialize mRNA-4157/V940. Merck and Moderna will share costs and any profits equally under this worldwide collaboration. On December 13, 2022, mRNA-4157/V940, in combination with KEYTRUDA, demonstrated a statistically significant and clinically meaningful reduction in the risk of disease recurrence or death compared to KEYTRUDA monotherapy in stage III/IV melanoma patients with a high risk of recurrence following complete resection.

On January 9, 2023, the company confirmed it plans to discuss the study results with regulatory authorities and initiate a Phase 3 clinical study in melanoma patients in 2023 and to rapidly expand to additional tumor types.

An advantage of Moderna's mRNA platform is that it allows for investigational medicines that combine in a single mRNA therapy several different approaches to activate the immune system to attack cancer, either with mRNA encoding for common tumor proteins found across cancer types or multiple mRNAs encoding for various immunomodulatory proteins.

mRNA-4157/V940 is designed to stimulate an immune response by generating specific T-cell responses based on the unique mutational signature of a patient's tumor. KEYTRUDA is an immunotherapy that works by increasing the ability of the body's immune system to help detect and fight tumor cells. Based on early clinical studies, combining mRNA-4157/V940 with KEYTRUDA may provide an additive benefit and enhance T cell-mediated destruction of tumor cells.

KEYTRUDA is a prescription medicine used to treat a kind of skin cancer called melanoma.

In a phase 2 study, patients are vaccinated intramuscularly at 2-week intervals for (4) cycles, and dosing may be repeated for the second vaccination course.

December 13, 2022 - Moderna, Inc. and Merck announced that the Phase 2b KEYNOTE-942/mRNA-4157-P201 trial of mRNA-4157/V940, an investigational personalized mRNA cancer vaccine, in combination with KEYTRUDA®, Merck's anti-PD-1 therapy, demonstrated a statistically significant and clinically meaningful improvement in the primary endpoint of recurrence-free survival (RFS) versus KEYTRUDA alone for the adjuvant treatment of patients with stage III/IV melanoma following complete resection. Adjuvant treatment with mRNA-4157/V940 in combination with KEYTRUDA reduced the risk of recurrence or death by 44% (HR=0.56 [95% CI, 0.31-1.08]; one-sided p value=0.0266) compared with KEYTRUDA alone. These results are the first demonstration of efficacy for an investigational mRNA cancer treatment in a randomized clinical trial.

November 5, 2020 - Merck announced the randomized, placebo-controlled Phase 2 study investigating a 1 mg dose of mRNA-4157 in combination with pembrolizumab (KEYTRUDA®), compared to pembrolizumab alone, for the adjuvant treatment of high-risk resected melanoma is fully enrolled (n=150). The Company expects the Phase 2 data readout to occur in the fourth quarter of 2022. The primary endpoint of the Phase 2 study is recurrence-free survival at 12 months. The Phase 1 in multiple cohorts is ongoing, and the expanded head and neck cohort is recruiting additioCompany'snts.

November 11, 2020 - Moderna, Inc. shared interim data fromMerck'spansion cohort of its ongoing Phase 1 study of tCancer'sny's mRNA personalized cancer vaccine (PCV) mRNA-4157 combined with Merck's Keytruda®1 at The Society for Immunotherapy of Cancer's Annual Meeting. The data shared today showed that mRNA-4157 given in combination with Keytruda® is well tolerated at all dose levels and produced responses as measured by tumor shrinkage by RECIST 1.1 criteria in HPV"-) HNSCC patients.

November 9, 2020 - A clinical trial at the University of Arizona Health Sciences designed to study the safety and effectiveness of a personalized cancer vaccine in combination with the immunotherapy drug Pembrolizumab will expand its cohort after promising preliminary data were presented at the annual meeting of the Society for the ImmunotMerck'sof Cancer.

June 1, 2019 - The data showed that the mRNA personalized cancer vaccine mRNA-4157, given alone or combined with Merck's pembrolizumab (KEYTRUDA®), was well-tolerated at all doses tested and elicited neoantigen-specific T-cell responses. There were no vaccine-related serious adverse events reported for the PCV when administered to patients as a monotherapy or in combination with pembrolizumab.

December 13, 2016 - Moderna announced 'We are developing an mRNA-based personalized cancer vaccine (PCV) with the potential to prime the immune system to recognize cancer cells and mount a strong, tailored response to each patient's cancer."

Clinical Trial NCT03897881: An Efficacy Phase 2 Study of Adjuvant Treatment With the Personalized Cancer Vaccine mRNA-4157 and Pembrolizumab in Patients With High-Risk Melanoma (KEYNOTE-942). The purpose of this Phase 2 study is to assess whether postoperative adjuvant therapy with mRNA-4157 and pembrolizumab improves recurrence-free survival (RFS) compared to pembrolizumab alone in patients with complete resection of cutaneous melanoma and a high-risk of recurrence.

The results of this ongoing study were announced on December 13. More information about this study and its results can be found here.

An Efficacy Study of Adjuvant Treatment With the Personalized Cancer Vaccine mRNA-4157 and Pembrolizumab in Participants With High-Risk Melanoma (KEYNOTE-942)
The purpose of this phase 2 study is to assess whether postoperative adjuvant therapy with mRNA-4157 and KEYTRUDA (pembrolizumab) improves recurrence-free survival (RFS) compared to pembrolizumab alone in participants with complete resection of cutaneous melanoma and a high-risk of recurrence... 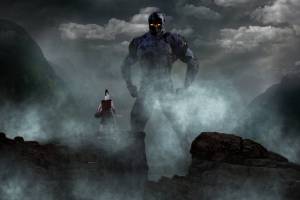