Bavarian Nordic JYNNEOS smallpox (Monkeypox) vaccine is based on a live, attenuated vaccinia virus (Modified Vaccinia Ankara, MVA-BN), incapable of replicating in the body, yet still capable of eliciting a potent immune response. The MVA is cultured in Chicken Embryo Fibroblast cells placed in a serum-free medium. It is purified and filtered from the cells using various methods, including benzonase digestion.

JYNNEOS (IMVANEX, IMVAMUNE) was initially Approved in 2019 by the U.S. FDA and is indicated for preventing smallpox and monkeypox disease in adults 18 years of age and older determined to be at high risk for smallpox or monkeypox infection.

On September 24, 2019, the U.S. Food and Drug Administration (FDA) Approved the Jynneos Smallpox and Monkeypox Vaccine, Live, Non-Replicating, for the prevention of smallpox and monkeypox disease in adults 18 years of age and older determined to be at high risk for smallpox or monkeypox infection. JYNNEOS is the only FDA-approved non-replicating smallpox vaccine and the only FDA-approved monkeypox vaccine. The vaccine is marketed under the brand names IMVANEX® and IMVAMUNE® in the European Union and Canada to treat smallpox.

The vaccine was developed in partnership with the U.S. Government to ensure all adult populations can be protected from smallpox, including people with weakened immune systems or at high risk of adverse reactions to traditional smallpox vaccines based on replicating vaccinia virus strains. Typical severe adverse reactions known for replicating vaccinia virus strains, such as myocarditis, encephalitis, generalized vaccinia, or eczema vaccinatum, were not observed during the clinical development program of JYNNEOS.

During 2020, positive topline results from a Phase 3 lot-consistency trial of the freeze-dried formulation of MVA-BN were reported. The Phase 3 study evaluated the immunogenicity and safety of three consecutive vaccine lots in 1,129 vaccinia-naïve persons. The three lots induced equivalent antibody responses, meeting the study's primary endpoint, while the favorable safety profile was in line with the cumulative safety experience of the approved liquid-frozen formulation.

Bavarian Nordic is a Denmark-based biotechnology company. It is a fully integrated vaccines company focused on developing, manufacturing, and commercializing life-saving vaccines.

JYNNEOS is indicated to protect people from smallpox, including people with weakened immune systems or at high risk of adverse reactions to traditional smallpox vaccines based on replicating vaccinia virus strains.

The WHO states, 'Vaccination against smallpox with first-generation vaccinia-virus-based smallpox vaccine was shown to be 85% effective in preventing monkeypox in the past. Therefore, family and community members, health workers, and laboratory personnel who were vaccinated against smallpox in childhood may have some remaining protection against monkeypox.'

The WHO says 'Monkeypox is a sylvatic zoonosis with incidental human infections that usually occur sporadically in forested parts of Central and West Africa. It is caused by the monkeypox virus and belongs to the Orthopoxvirus family. Monkeypox can be transmitted by contact and droplet exposure via exhaled large droplets.'

Monkeypox disease was discovered in 1958 and is caused by infection with monkeypox virus and belongs to the Orthopoxvirus genus in the family Poxviridae. The Orthopoxvirus genus also includes variola virus (the cause of smallpox), vaccinia virus (used in the smallpox vaccine), and cowpox virus, says the U.S. CDC.

September 15, 2021 - Guinea declared the end of the Marburg virus disease outbreak having recorded no new cases over the past 42 days, two incubation periods, or the time between infection and the onset of symptoms. The virus was confirmed on 9 August, marking the first time the disease emerged in the country and in West Africa. Only one case—the index patient who was diagnosed with the virus posthumously—was recorded and more than 170 high-risk contacts were monitored for 21 days.

September 12, 2021 - The WHO reported nine suspected monkeypox cases were reported in Nigeria in August 2021, which was a substantial increase from the previous month. Overall, seventy-nine suspected cases have been reported this year with no deaths recorded. In mid-July 2021, a case of monkeypox from Nigeria was reported to have been imported into the United States highlighting the risk of cross-border spread and the need for collaboration to disease management and response.

July 16, 2021 - The Centers for Disease Control and Prevention and the Texas Department of State Health Services confirmed on July 15, 2021, a case of human monkeypox in a U.S. resident who recently traveled from Nigeria to the United States.

June 11, 2021 - Bavarian Nordic A/S announced the company was recently engaged by Public Health England (PHE) and the Medicines and Health Products Regulatory Agency (MHRA) to supply its IMVANEX® smallpox vaccine in response to new cases of monkeypox in the UK. Two related cases were confirmed and admitted to a hospital in Liverpool, England. Bavarian Nordic previously delivered IMVANEX to PHE in connection with the first human cases of monkeypox in the UK in 2018 and later in 2019, when several unrelated human cases were imported from Nigeria with subsequent infection of a healthcare worker in the UK. The US trade name is JYNNEOS.

June 9, 2021 - Public Health Wales confirmed it is monitoring two cases of imported monkeypox after their discovery in north Wales.

May 25, 2021 - The United Kingdom and Northern Ireland notified the WHO of one laboratory-confirmed case of monkeypox. The patient arrived in the United Kingdom on 8 May 2021. Before travel, the patient had lived and worked in Delta State, Nigeria.

March 22, 2021 - Bavarian Nordic A/S announced that the Public Health Agency of Canada had ordered the IMVAMUNE® smallpox vaccine to the national stockpile at a total value of $31.2 million. Deliveries of the vaccines are expected to occur from the first quarter of 2022, with anticipated completion in 2023. Hence this order, made under an existing contract with PHAC, will have no impact on the Company’s financial guidance for 2021.

December 16, 2020 - Bavarian Nordic A/S announced the U.S. Biomedical Advanced Research and Development Authority (BARDA), part of the Office of the Assistant Secretary for Preparedness and Response at the U.S. Department of Health and Human Services, has exercised an option covering the majority of the second year of performance under the USD 200 million order for JYNNEOS awarded in April 2020. The first USD 106 million covered both manufacturings of bulk vaccine and supply of liquid-frozen JYNNEOS doses and was secured upon contract award last April. BARDA is committing to an additional USD 83 million with the current option to procure more bulk smallpox vaccines manufactured and invoiced in 2021. The last option of the order, amounting to USD 12 million, is to supply additional liquid-frozen JYNNEOS doses that will be manufactured in the Company’s new fill and finish facility and is expected to be awarded and invoiced during 2021.

November 12, 2020 - Bavarian Nordic A/S announced that Health Canada had expanded the approval of the Company’s non-replicating smallpox vaccine, IMVAMUNE®, to include additional indications – specifically, monkeypox and related orthopoxvirus infections and disease in adults 18 years of age and older determined to be at high risk for exposure.

September 23, 2020 - Phase 3 study: IMVAMUNE® Smallpox Vaccine in Adult Healthcare Personnel at Risk for Monkeypox in the Democratic Republic of the Congo.

April 30, 2020 - Bavarian Nordic A/S announced that the U.S. Biomedical Advanced Research and Development Authority had placed a new order under the contract, awarded in 2017, for the manufacturing and supply of JYNNEOS® (Smallpox and Monkeypox Vaccine, Live, Non-replicating), at a total value of US $202 million. This new order is also the option to manufacture approximately 13 million freeze-dried doses worth USD 299 million. The Company expects to start manufacturing in 2022, and revenue recognizes following approval by the U.S. Food and Drug Administration (FDA) of this vaccine formulation.

September 30, 2019 - "In addition to its public health importance, this vaccine will have a direct impact on improving force health protection for U.S. service members who are required to be immunized against smallpox," said Col. E. Darrin Cox, commander of the U.S. Army Medical Research Institute of Infectious Diseases.

September 24, 2019 - The U.S. Food and Drug Administration announced the approval of Jynneos Smallpox and Monkeypox Vaccine, Live, Non-Replicating, to prevent smallpox and monkeypox disease in adults 18 years of age and older determined to be at high risk for smallpox or monkeypox infection. This is the only currently FDA-approved vaccine for the prevention of monkeypox disease.

The FDA approval of JYNNEOS for smallpox comes from a development program comprising 22 clinical trials, including two phase III trials. The program enrolled a total of 7,871 individuals aged between 18 and 80 years who received at least one dose of the vaccine. Approval for monkeypox indication comes from survival data gathered from studies conducted in non-human primates. The survival rate ranged from 80%-100% in animals vaccinated with JYNNEOS, compared to 0%-40% in the control group.

Upon successful completion of the current study, expected in 2021, the Company plans to submit a supplement to the BLA to extend the approval for both formulations of MVA-BN, anticipated in 2022. 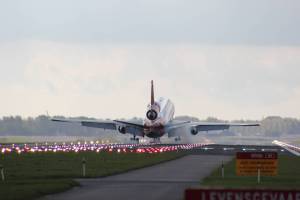 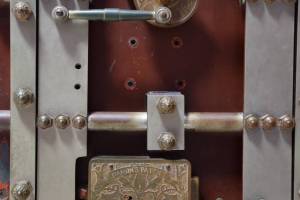 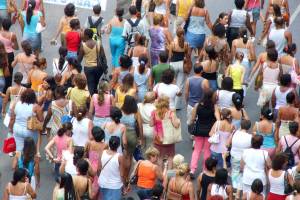