The vaccine is approved for use in China in people aged 16 and above and is recommended for individuals at high risk of HEV infection. Hecolin® was found well tolerated and has been demonstrated to be safe for use in adults.

Hecolin® has been developed and is manufactured by Xiamen Innovax Biotech Co., Ltd. in Xiamen, China.

Hecolin is a recombinant vaccine indicated for the prevention of hepatitis E.

The main adverse events associated with its use have been local reactions at the injection site. Current evidence demonstrates that this vaccine is highly immunogenic, with nearly all the recipients seroconverting after three doses administered in a 0, 1, and 6-month schedule. Limited data show that even two doses (at 0 and 6 months, or 0 and 1 month) lead to a high rate of seroconversion through the antibody titers are lower.

The vaccine protects against symptomatic HEV infection, with a very high efficacy rate. Data on this protection are primarily applicable to genotype 4 diseases; data on diseases caused by other genotypes are either too limited (genotype 1) or are not available (genotype 2 and 3). The vaccine can effectively lower, but not eliminate, the risk of asymptomatic infection. The duration of follow-up in the available published reports has been for up to nearly 2 years; some unpublished data for up to 4 years after completing immunization are available. Long-term efficacy beyond this time point, duration of protection, and the need and timing for booster dose remain to be determined.

Also, there are no data on protection against severe forms of the disease, namely acute liver failure, which is particularly frequent in pregnant women.

Hecolin during the Clinical Trial is administered intramuscularly into the deltoid muscle as a single injection on Days 1, 29, and 180.

July 28, 2021 - On World Hepatitis Day, the WHO recognizes Hepatitis E as a major public health challenge.

July 26, 2019 - Human HEV includes four genotypes; the nonepidemic, zoonotic genotypes (typically 3 and 4) have gained increasing recognition in North America and Europe over the past decade because of the potential risk of transmission through food, blood transfusions, and organ donation. However, relatively little attention and few resources have been invested into genotypes 1 and 2 (g1/g2), which cause outbreaks among the world’s most vulnerable populations living with poor access to safe water and sanitation infrastructure.

May 2, 2019 - The first US participants in the clinical trial of Hecolin were vaccinated on May 1.  This is the first time the FDA has approved a Chinese vaccine to enter a clinical trial in the US.  The trial will be carried out in three phases. The phase 1 clinical trial is scheduled to enroll 25 U.S. volunteers, and Phase 2 and 3 FDA-approved trials of the vaccine are expected to be done in a third country.

Clinical Trial NCT03827395: Safety Study of Hepatitis E Vaccine (HEV239) in Healthy US Adult Population. This is a Phase I double-blind, randomized, placebo-controlled trial (1:4 ratio of placebo to vaccine) of Hepatitis E virus vaccine containing a 239 amino acid subfragment of Hecolin(R) (HEV-239) in 25 US males and non-pregnant females ages 18 - 45 (inclusive) to assess the safety, reactogenicity, and immunogenicity of Hecolin  (HEV-239). 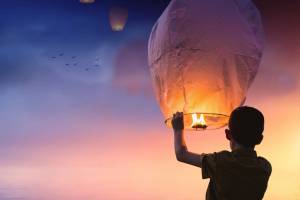