In 2020, Inovio expects to advance INO-4700, its candidate vaccine against MERS (Middle East Respiratory Syndrome), into a Phase 2 field study in the Middle East and Africa where outbreaks have been observed, with full funding from CEPI. On January 6, 2020, the company says this is the most advanced vaccine candidate for MERS.

GLS-5300 (INO-4700) is indicated to prevent Middle East Respiratory Syndrome Coronavirus (MERS). MERS is a deadly viral respiratory disease caused by MERS-coronavirus (MERS-CoV) infection. To date, there is no specific treatment proven effective against this viral disease. In addition, no vaccine has been licensed to prevent MERS-CoV infection thus far.

Overall, vaccine candidates against MERS-CoV are mainly based upon the viral spike (S) protein, due to its vital role in the viral infectivity, although several studies focused on other viral proteins such as the nucleocapsid (N) protein, envelope (E) protein, and non-structural protein 16 (NSP16) have also been reported. In general, the potential vaccine candidates can be classified into six types: viral vector-based vaccine, DNA vaccine, subunit vaccine, nanoparticle-based vaccine, inactivated-whole virus vaccine, and live-attenuated vaccines.

The majority of the identified MERS-CoV cases are nosocomially acquired via direct close contact with infected patients (Chowell et al., 2015; Cauchemez et al., 2016), whereas cases of zoonotic transmission from dromedary camels to humans were reported primarily in Saudi Arabia, where human-camel interaction is more frequent.

On April 13, 2020, a study reported a single dose of ChAdOx1 MERS provides broad protective immunity against a variety of MERS-CoV strains.

September 2019 - Immune responses were dose-independent, detected in more than 85% of participants after two vaccinations, and durable through 1 year of follow-up. The data support further development of the GLS-5300 vaccine, including additional studies to test the efficacy of GLS-5300 in a region endemic for MERS coronavirus.

July 24, 2019 - Initial findings from the trial were published today in The Lancet Infectious Diseases. The study, conducted at the Walter Reed Army Institute of Research Clinical Trials Center, evaluated a candidate DNA vaccine (GLS-5300) co-developed by GeneOne Life Science Inc. and Inovio Pharmaceuticals. Though other vaccine candidates have previously been tested for use in camels, which are the suspected source of the virus that causes MERS, this is the first vaccine candidate to be tested in humans.

The GLS-5300 MERS CoV vaccine was well tolerated with no major side effects reported by the volunteers. More than 85 percent of volunteers exhibited a detectable immune response to MERS CoV after just two vaccinations. This immune response persisted throughout the study and was similar in magnitude to the response seen in survivors of natural MERS CoV infection. 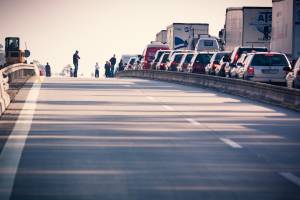 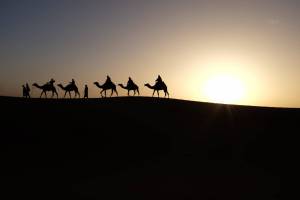