Cervarix is a non-infectious recombinant, AS04-adjuvanted vaccine, that contains recombinant L1 protein, the major antigenic protein of the capsid, of oncogenic HPV types 16 and 18.

Cervarix is administered in three doses (0.5-mL each) by intramuscular injection according to the following schedule: 0, 1, and 6 months.

Cervarix was initially approved for use in the US in 2009.

October 2016: GlaxoSmithKline (GSK) announced they will no longer market its human papillomavirus (HPV) bivalent vaccine, Cervarix, in the United States. 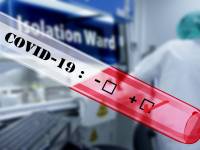