Lyme Disease Has Reached All 50 States 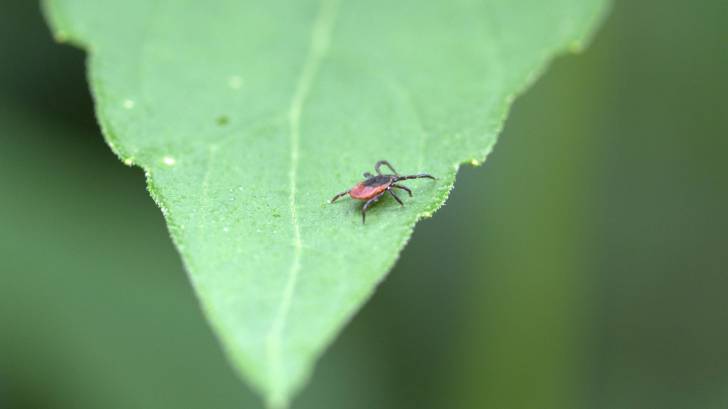 The prevalence of Lyme disease is spiking in the United States, according to a new study recently released by Quest Diagnostics.

According to this Quest study, Lyme disease has spread to all 50 United States and the District of Columbia during 2017.

Based on more than 6 million de-identified laboratory test results conducted over the past 7 years, this Quest Diagnostics study also found that outside of the northeastern U.S., which is historically associated with Lyme disease, the states California and Florida saw the largest absolute increase in positive Lyme disease test results.

This data is significantly alarming, given that the Centers for Disease Control and Prevention (CDC) previously reported cases of tick-borne diseases had more than doubled over the past 13 years.

Lyme disease is the 6th most commonly reported notifiable infectious disease, causing more than 300,000 illnesses each year in the United States, according to the CDC.

The CDC reported the bacteria that causes most tickborne diseases in the United States, Borrelia burgdorferi, accounts for 82 percent of reported Lyme disease cases.

During early August, Vermont state health officials reported that laboratory results from the CDC have confirmed the 1st death of a Vermont resident was a result of Lyme carditis, which is a rare complication of Lyme disease.

Approximately 1 percent of all Lyme disease cases reported nationally to CDC experience Lyme carditis. According to CDC, between 1985 and 2014, there were 9 deaths related to Lyme carditis reported worldwide.

“Lyme disease is a bigger risk to more people in the United States than ever before,” said Harvey W. Kaufman, M.D., senior medical director for Quest Diagnostics and head of the company’s Health Trends research program, said in a press release.

“We hypothesize that these significant rates of increase may reinforce other research suggesting changing climate conditions that allow ticks to live longer and in more regions may factor into disease risk.”

Previously, the World Health Organisation reported Lyme disease cases are increasing at a rate of 14 percent a year, led by the Czech Republic, Estonia, Lithuania, and Slovenia.

This summer, Quest introduced a new test service that helps identify infection of Lyme disease and 4 other tick-borne infections from a single patient specimen.

This test uses advanced technologies, including qualitative real-time PCR, to identify the DNA of each infectious agent. Quest also offers a test that detects antibodies and if positive or equivocal is confirmed by immunoblot.

Authors of this perspective said that limitations in surveillance and reporting systems along with constraints imposed by the diagnostics currently available may contribute to the inefficiency.

“Diagnostic utility is affected by variability among laboratories, the timing of specimen collection, suboptimal sensitivity during early infection, imperfect use of diagnostics, the inability of a single test to identify coinfections in patients with acute infection, and the cumbersome nature of some assays,” the authors wrote.

The best way to prevent some infectious diseases is with a preventive vaccine.

But, various pharmaceutical companies have devoted considerable effort to developing a vaccine for Lyme disease, but there are no vaccines for humans available in the United States today.

There is one early stage, clinical trial underway: