+ 1
December 18, 2019
Vabiotech and the University of Bristol are partners in the Future Vaccine Manufacturing Research Hub 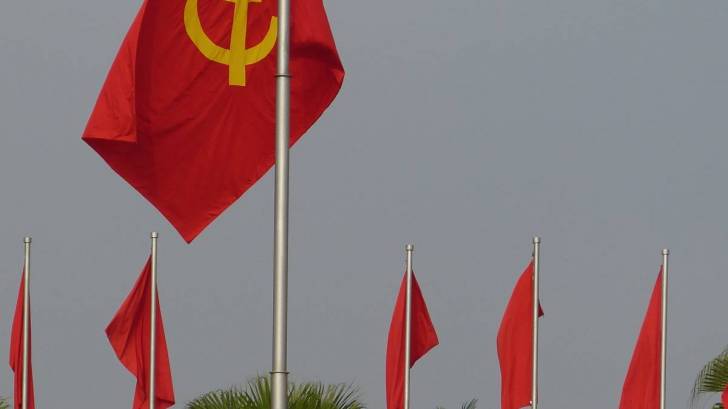 Scientists from the University of Bristol are working with Vietnamese vaccine manufacturer Vabiotech to share cutting-edge knowledge that could prevent future global outbreaks of avian flu and rabies.

These scientists are meeting with universities and organizations in Hanoi, Danang and Ho Chi Minh city to forge new connections, as well as building on existing research partnerships.

Vabiotech and the University of Bristol are partners in the Future Vaccine Manufacturing Research Hub (FVMR Hub), a collaborative initiative led by Imperial College London and supported by the Engineering and Physical Sciences Research Council.

"While rapidly developing countries, such as Vietnam, have an impressive capacity to manufacture vaccines tailored to local needs, this has historically been hampered by a lack of access to the cutting-edge innovations in vaccine technology we specialize in here in the UK," said Professor Imre Berger, Ph.D., in a press release.

"Our aim in working with Vabiotech is to share the knowledge that will aid and expedite the development of next-generation vaccines specifically for deployment in Vietnam."

Scientists from Vabiotech are being trained by Dr. Berger and his team in MultiBac, a powerful recombinant production technology the Berger team pioneered. The objective of this training is to master the MultiBac technique and implement the technology in large-scale bio-fermenters in Vietnam.

MultiBac is uniquely suited for producing novel vaccines in large quantities in insect cells that can be easily cultured at low-cost.

Together with Vabiotech and supported by the FVMR Hub, Dr. Berger is targeting the use of MultiBac towards the production of vaccines for pandemic (avian) influenza, as well as rabies and other pathogens.

“Vabiotech is particularly interested in using MultiBac to produce vaccines to combat avian flu. We saw a few years ago how quickly avian flu, which began in Vietnam, developed into a global threat for humans,” explained Dr. Berger.

The outbreak of highly pathogenic avian influenza H5N1 disease in poultry in 2003 and 2004 was unprecedented in its geographical extent, and its transmission to humans was an ominous sign, reported a National Institutes of Health study.

Even more alarmingly, 34 human cases of H5N1 were confirmed in Thailand and Vietnam. Twenty-three (68 percent) of these patients, mostly children and young adults, died of the disease by early 2004.

Another 6 confirmed human fatalities occurred in Vietnam during a resurgence of the epidemic during the summer of 2004.

Dr. Do Dat Tuan, President and Director General of Vabiotech, said: "As Vietnam's leading manufacturer of vaccines, our aim is to prevent, eliminate and gradually eradicate dangerous infectious diseases.”

Professor Imre Berger is Director of the Max Planck-Bristol Centre for Minimal Biology, a partnership between the University of Bristol and the Max Planck Society for the Advancement of Science (MPG) in Germany.

As part of the US government’s overall pandemic preparedness strategy, maintaining a stockpile of vaccine antigen and adjuvants for avian influenza A(H5N1) viruses with pandemic potential is essential, says the US Centers for Disease Control and Prevention (CDC).

This strategy began in 1997, when avian influenza A(H5N1) viruses first spread from poultry directly to infect humans in Hong Kong, resulting in the deaths of 6 of 18 infected persons.

The goal of the CDC’s emergency strategy is to vaccinate 26 million people immediately after an influenza pandemic is declared by the US government.

To learn more about pandemic influenza planning and tools, check out the National Pandemic Strategy.