+ 1
December 21, 2019
University of Nottingham study could have implications for the meningococcal group B vaccines Trumenba and Bexsero 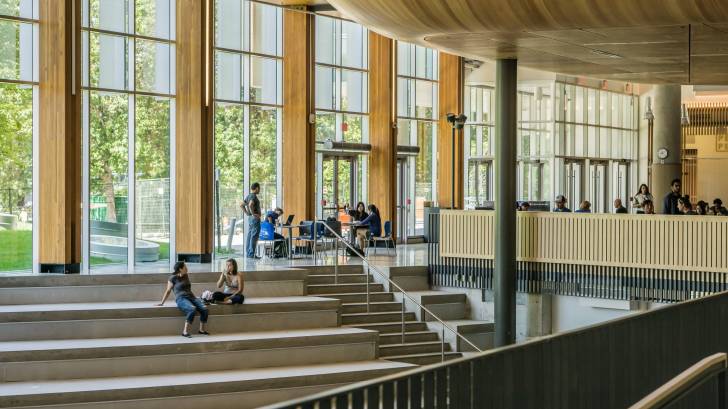 United Kingdom-based vaccine experts at the University of Nottingham say their new study ‘could have major implications for the meningococcal group B (menB) vaccines Trumenba and Bexsero.’

And, this new study highlights the importance of multivalent vaccine approaches.

According to these researchers, this new study’s findings could lead to an improved vaccine to protect people against the bacterium, Neisseria meningitides, that causes sepsis and meningitis, and may help to protect against mutated strains.

This is potentially important news published on December 19, 2019, since meningococcal infections are the most common cause of bacterial meningitis, and is a life-threatening disease that poses a continuing threat worldwide.

The new study, led by Dr. Ruth Griffin, Assistant Professor in Microbial Pathogenesis from the School of Life Sciences at the University of Nottingham, found that over 88 percent of invasive strains express the precursor version of FHbp- i.e. a larger, uncleaved protein that is not lipidated.

Therefore the antigen in the Trumenba vaccine is presented in a different manner to the native antigen produced by most strains.

This study said ‘it is unclear at the moment whether the altered presentation affects the ability of vaccine-elicited antibodies to kill these strains.’

“We analyzed the FHbp sequence of almost 2,000 isolates and experimentally tested 20 and saw a 100 percent correlation between mutations in the signal peptide sequence and inability to convert the precursor protein to the cleaved lipidated antigen, “said Dr. Griffin, in a related press release.

The test currently used to predict which meningococcal isolates will be targeted by Trumenba measures the abundance of FHbp on the cell surface since a critical amount is needed for antibodies to bind the cell and aid killing.

Dr. Griffin continued saying, “The data reported from these tests show that some strains with sufficient FHbp levels are surprisingly not susceptible to killing by Trumenba vaccine antibodies.”

“With our discovery that key mutations affect FHbp structure and abundance on the cell surface, this data can be re-evaluated and the MEASURE assay refined to include appropriate reference strains that express the precursor so that isolates can be benchmarked against typical strains.”

“Knowledge of the signal peptide sequence, (as well as “promoter” sequences which affect the amount of the protein made), can now be used to make predictions on FHbp structure and abundance and recognition by Trumenba.”

“Importantly, including the precursor form of FHbp in formulations, will no doubt increase the breadth of isolates that can be targeted.”

‘Our findings also bear relevance for Bexsero, although this vaccine is multivalent and thus less heavily reliant on the successful targeting of FHbp.’

“So, not only is improving target recognition of individual antigens important but increasing the number of antigens in a formulation is vital to overcome problems encountered by mutation,” concluded Dr. Ruth.

The US Centers for Disease Control and Prevention (CDC) says on its website as of April 15, 2019, the case-fatality ratio of meningococcal disease is up to 15 percent, even with appropriate antibiotic therapy.

And, the case-fatality ratio of meningococcemia is up to 40 percent.

As many as 20 percent of survivors have permanent injuries, such as hearing loss, neurologic damage, or loss of a limb.

Meningococcal disease is typically diagnosed by isolation of N. meningitidis from a normally sterile site. However, the sensitivity of bacterial culture may be low, particularly when performed after initiation of antibiotic therapy.

Meningococcal vaccination is recommended for persons at increased risk for meningococcal disease.

The CDC recommends routine vaccination with either MenACWY vaccine at 11 or 12 years of age, with a booster dose at 16 years of age.

The CDC says ‘first monovalent (serogroup C) polysaccharide vaccine was licensed in the United States in 1974.

Quadrivalent conjugate vaccines were first licensed in the United States in 2005.

A bivalent conjugate combination vaccine (with Hib) was licensed in the United States in 2012, and two serogroup B recombinant vaccines were licensed in early 2015.

Both MenACWY and MPSV4 vaccines are recommended by the CDC for use in the control of meningococcal outbreaks caused by vaccine-preventable serogroups (A, C, W, Y).

Hib-MenCY-TT may be used for age-appropriate persons in outbreaks specifically caused by vaccine-preventable serogroups C and Y.

Furthermore, the CDC vaccine committee said people in an outbreak setting whom public health officials deem to be at risk should receive a 1-time booster at least a year after the primary series.

And, public health officials should consider a vaccination interval as short as 6-months. depending on the outbreak conditions, such as a college campus.

A study published in January 2019 found that students who were aged 18 to 24 were 3.5 times more likely to contract MenB than their peers who were not attending college classes.

Ten university-based MenB outbreaks occurred during 2013–2018, causing a total of 39 cases and 2 deaths, reports the CDC.

Although it is difficult to predict outbreak trajectories and evaluate the effects of public health response measures, achieving high MenB vaccination coverage is crucial to help protect at-risk persons during outbreaks of meningococcal disease caused by this serogroup, says the CDC.

Both Bexsero® and Trumenba® have been licensed by the US Food and Drug Administration.

The University of Nottingham located in the UK is a research-intensive university with a proud heritage, consistently ranked among the world's top 100.