+ 1
April 4, 2019
Tipapkinogen Sovacivec cancer vaccine is different than Gardasil 9 which is given to prevent HPV infections 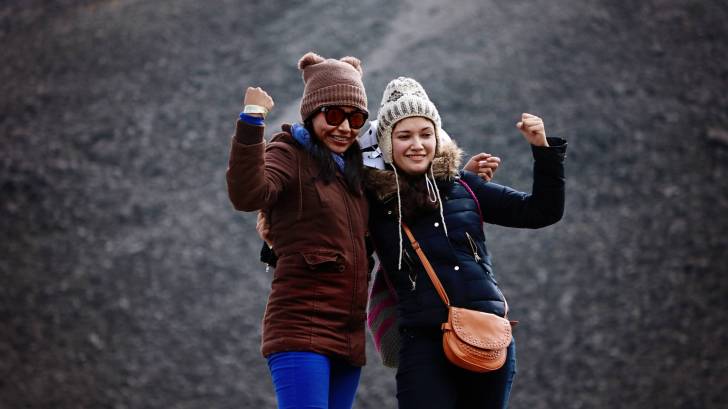 The results from a new clinical trial of a potential new immune-based therapy to treat precancers in the cervix were very positive.

A therapeutic vaccine completely eliminated both the lesion and the underlying human papillomavirus (HPV) infection in a third of women enrolled in this clinical trial, which was published on April 4, 2019.

These researchers noted that the Tipapkinogen Sovacivec vaccine is completely different from Gardasil 9 which is the vaccine given to prevent HPV infection.

"It actually treats the cause of the disease, which is HPV," said Diane Harper, M.D., M.P.H., M.S., professor of family medicine and obstetrics and gynecology at Michigan Medicine, in a press release.

This new study published in Gynecologic Oncology enrolled 192 women diagnosed with CIN received the vaccine were more than twice as likely as those who received placebo to see their CIN eliminated, regardless of the type of HPV infection.

The results were more positive in the more-severe CIN 3.

At least 15 percent and as much as 36 percent of those who got the vaccine saw their CIN3 eliminated, while none of the women in the placebo group did.

Researchers showed that long-term follow-up was better for those who received the vaccine over placebo, with more women in the vaccine group remaining completely clear of HPV.

"There are very few products trying to cure women who already have an HPV infection," says Dr. Harper.

"This is the first time we've seen something with this success rate that is relatively easy to implement."

Cervical precancerous lesions are divided into three grades of severity:

The typical treatment procedure for CIN2 or CIN3 involves removing a cone-shaped piece of the cervix, called a LEEP or a cone. This results in scarring and a shortened cervix, which can cause problems during childbirth and lead to increased risk of cesarean section.

In addition, women who have this procedure have a very high risk of developing cervical cancer over the next 20 years if they do not continue to be screened.

"The surgical procedure removes all the tissue that is headed towards cancer, but it doesn't remove all the HPV. You're not home-free. You still have HPV," says Dr. Harper.

Women who received the vaccine injections reported sometimes-severe reactions at the injection site.

Dr. Harper says that was expected because the vaccine is designed to trigger the immune system. An immune reaction is likely to inflame the skin.

Additional clinical trials are needed before seeking approval for Tipapkinogen Sovacivec from the U.S Food and Drug Administration. No trials are currently available.

The funding was provided by F Hoffmann-La Roche LTD. Roche, who sold the compound to Transgene. Transgene facilitated the data analysis with Dr. Harper.