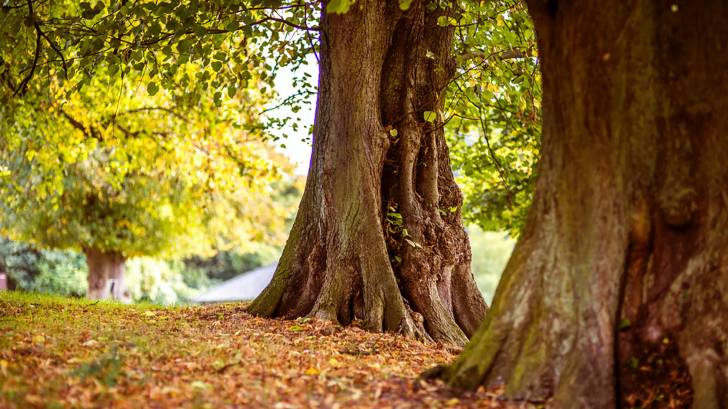 During the coronavirus pandemic, researchers are documenting the change in time spent in areas where people might encounter ticks.

A national survey was jointly created with Hollins University, Duke University, Clemson University, and the University of Rhode Island the goal to determine if coronavirus restrictions have affected the time that people or their pets spend outdoors and if this change is associated with an increased risk of exposure to ticks.

“A big part of my research group is ticks and tick-borne diseases,” said Dr. Michael Yabsley, professor of wildlife disease with a joint appointment in the Warnell School of Forestry and Natural Resources and the Southeastern Cooperative Wildlife Disease Study at the College of Veterinary Medicine.

“I think about ticks a lot.” And now he has a lot more people thinking about ticks.

More than 2,200 responses have been recorded so far, and the survey will continue depending on when and how states begin relaxing orders to shelter at home.

“I do expect to find that a certain segment of the population is going to be at an increased risk of exposure to ticks and tick-borne diseases because of changes in their behavior,” he said. “They’re going out into wooded areas they may not have gone into before, where ticks are very common, and many may not take appropriate precautions.”

Use an insect repellent that contains DEET or picaridin or spray clothes with permethrin. When you get home from a walk, do an immediate tick check and shower to get rid of anything that’s crawling on you.

And, put your clothes in the dryer, because ticks don’t like heat. And if you still find a tick on you, he recommends using sharp tweezers to grasp right at the skin level and pull it up.

According to researchers, ticks were recently tested for 5 different disease-causing pathogens.

According to this data, 46 percent of all adult deer ticks collected (2,068) were infected with Lyme disease. The adult deer ticks also tested positive for babesiosis (13%), anaplasmosis (9%), hard tick relapsing fever (2%), and Powassan encephalitis (1%).

Ticks usually bite 36 – 48 hours before the Lyme disease develops, comments Fairfield Tick Control. Most humans are usually infected by the bites of the immature ticks called nymphs. Nymphs are very tiny and they are about 2 mm in size.

According to the U.S. CDC, about 300,000 people get Lyme disease each year, with most cases found in New England.

Untreated Lyme disease can produce a wide range of symptoms, depending on the stage of infection. These include fever, rash, facial paralysis, and arthritis.

The CDC says to seek medical attention if you observe any of these symptoms and have had a tick bite, live in an area known for Lyme disease, or have recently traveled to an area where Lyme disease occurs.

CDC currently recommends a two-step testing process for Lyme disease. Both steps are required and can be done using the same blood sample. If the first step is negative, no further testing is recommended.

The producer of the VLA15 vaccine, Valneva SE, stated in a press release on August 4, 2020, ‘it expects to report initial results for the second Phase 2 study, VLA15-202, within a few months.

The VLA15 Lyme disease vaccine is designed to confer protection by raising antibodies that prevent Borrelia from migrating from ticks to humans after a bite. The safety profile is expected to be similar to other vaccines using the same technology that has been approved for active immunization in adults and children.

The VLA15 vaccine is currently the only active vaccine program in clinical development against Lyme disease. The program was granted Fast Track designation by the U.S. FDA in July 2017.