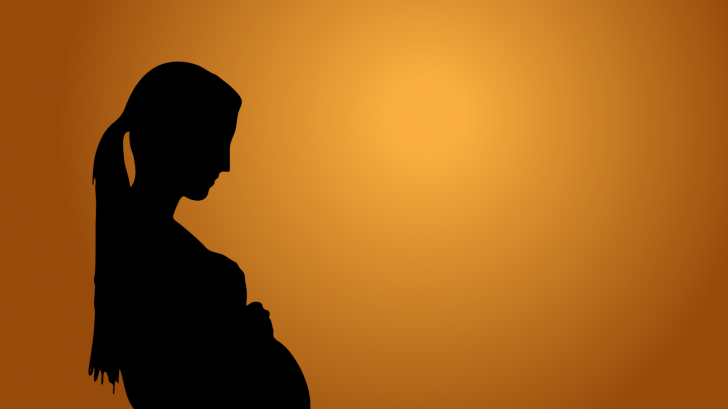 According to the recently published information, sexually transmitted diseases (STDs) can produce severe health consequences in newborn children, and they have become more frequent.

Among the most tragic are newborn fatalities related to congenital syphilis, which increased 22 percent from 2017 to 2018 (from 77 to 94 deaths), found the Centers for Disease Control and Prevention (CDC) Sexually Transmitted Disease Surveillance Report.

Congenital syphilis, which is syphilis passed from a mother to her unborn child during pregnancy, can result in miscarriage, stillbirth, newborn death, and severe lifelong physical and neurological problems, said the CDC in a press release published on October 8, 2019.

The CDC recommends syphilis testing for all pregnant women the first time they see a healthcare provider about their pregnancy. Women who are vulnerable for acquiring or who live in high-prevalence areas should be tested again early in the third trimester and at delivery.

“There are tools available to prevent every case of congenital syphilis,” said Gail Bolan, M.D., director of CDC’s Division of STD Prevention, in an October 8, 2019, press release. “Testing is simple and can help women to protect their babies from syphilis.”

Women can protect themselves by practicing safer sex, being tested for syphilis by a health care provider, and if infected, seeking treatment immediately and asking her partner to get tested and treated to avoid reinfection, says the CDC.

The U.S. Department of Health and Human Services, which includes the CDC, is developing a Sexually Transmitted Infections (STI) Federal Action Plan (STI Plan) to address and reverse the nation’s STD epidemic.

The STI Plan is being developed by partners across the federal government, with input from a wide array of stakeholders, and will be released in 2020.

Although most states reported at least 1 case of congenital syphilis, the states of Texas, California, Florida, Arizona, and Louisiana accounted for about 70 percent of all cases reported in 2018.

In the state of Texas, 367 cases of congenital syphilis were reported in 2018, which includes confirmed and probable cases, as well as syphilitic stillbirths.

In 2018, Texas saw increased cases of syphilis in women of childbearing age and of congenital syphilis. The number of CS cases increased 124 percent between 2017 (164 cases) and 2018 (367 cases). This is the largest number of CS cases reported annually in Texas in more than 20 years.

Additionally, this Texas DSHS statement published on October 3rd says ‘pregnant women who are diagnosed with syphilis or exposed to syphilis over the last 90 days, receive immediate appropriate treatments.

For treatment guidelines, the Summary of Recommended Treatment Regimens for Syphilis Cases Without Neurologic Involvement, per CDC is available.

However, urgent action from all types of stakeholders is needed to help control the increase in syphilis cases.

Recent mathematical modeling studies predict the development of a vaccine with an 80 percent efficacy would eliminate or markedly reduce congenital/infectious syphilis cases.

This model’s prediction remained consistent regardless of whether a mass vaccination or targeted high-risk vaccination strategy was employed.

Due to the complexity, extended timeframe and high cost associated with vaccine development, it is essential that the preferred product characteristics of a syphilis vaccine be thoroughly considered, defined and customized early in the process, said Dr. Caroline Cameron, a Professor in the Department of Biochemistry and Microbiology at the University of Victoria, in a 2018 study.

‘The spirochaete Treponema pallidum hasn't made it easy for us to inoculate our bodies against one of history's most notorious sexually transmitted infections.’

‘The bacteria's role in causing syphilis has been known for well over a century. But the microbe itself has proven hard to study. T. pallidum is remarkably flimsy, falling apart at the slightest provocation.’

Additionally, the requirements unique to syphilis vaccine development include the following:

An investment in syphilis vaccine development is worthwhile, with a potential positive ROI.

In the United States, more than $966 million in direct and indirect costs is spent each year as a result of syphilis, including the cost of care associated with infectious syphilis ($185.5 million), congenital syphilis ($28.5 million), and HIV attributable to syphilis ($752.2 million).

Further, syphilis has the highest disability-adjusted life-years (DALYs) lost of all the curable STIs, and thus, according to this metric, elimination of syphilis would have the highest impact on decreasing disability due to disease morbidity and mortality.

Maternal syphilis screening and treatment costs have been estimated at $11–15 per DALY averted.

And, a syphilis vaccination would further reduce this cost/DALY averted, making this one of the most cost-effective public health interventions in the field of sexually transmitted infections.

A comprehensive syphilis elimination approach that includes vaccine development will allow eradication of a disease that has devastating consequences for sexual and fetal/newborn health, strikes regardless of gender or sexual orientation and transcends socio-economic status to affect both resource-limited and resource-rich nations.

It is clear that augmentation of public health measures for controlling syphilis with initiatives to foster vaccine development is warranted, and indeed appears to be the only viable path to decrease the burden of infectious and congenital syphilis worldwide, concluded Dr. Cameron.

There may be good news in the future.

The study team believes that the best vaccine candidates for syphilis will be found among the surface-exposed proteins within the outer membrane of Treponema pallidum (TPA), the bacterium that causes syphilis.

While TPA was identified over a century ago, only during the last 20 years have investigators made significant headway in identifying the proteins in the syphilis spirochete’s outer membrane.

The UConn team, working within UConn Health’s Spirochete Research Laboratories, has been at the forefront of these efforts. This UConn grant is the culmination of years of work to set up a global-scale project, which required working closely with colleagues around the world, said this press release.