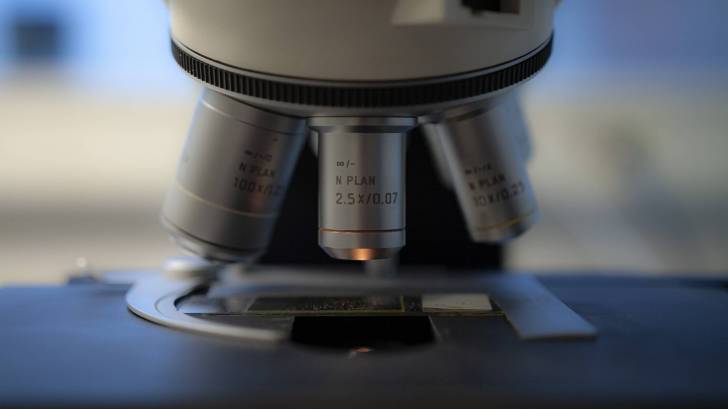 The goal of this DOD agreement announced on February 10, 2020, is to collaboratively develop a protective vaccine against Francisella tularensis, the bacterium that causes tularemia.

While human infections are infrequent, those that do occur are difficult to diagnose because they are rarely seen and recognized by clinicians.

Aerosolized Francisella, however, is highly infectious and is classified by the U.S. Centers for Disease Control (CDC) as a Category A biothreat agent. The bacterium has previously been developed as an aerosolized bioweapon and is considered a threat to national security.

No tularemia vaccine is currently authorized to protect the U.S. population, says the CDC.

“Infectious diseases are a very real threat to the security and well-being of our nation and the world,” said UTSA President Taylor Eighmy, in a related press release.

“The vaccine development project underway to protect our military against tularemia infections is another example of how UTSA’s knowledge enterprise is collaborating with partners of the highest caliber to improve human health in San Antonio and globally.”

The research that led to the vaccine development collaboration began at UTSA.

Dr. Klose, who also studies Vibrio cholerae, the bacterium that causes cholera, is also the director of the South Texas Center for Emerging Infectious Diseases.

As Dr. Klose and his research team began to better understand Francisella tularensis, they turned their attention to developing a safe and effective vaccine candidate to protect against tularemia infection.

They ultimately decided to develop the vaccine from Francisella novicida, a closely related bacterium that is benign for humans.

In the laboratory, Dr. Klose and his colleagues created Fn-iglD, a genetically modified Francisella novicida strain lacking a gene required for Francisella to cause disease.

With funding from the National Institutes of Health and the DOD, the UTSA researchers demonstrated that the Fn-iglD vaccine has the ability to protect against airborne Francisella exposure in animal models.

The new contract funded by the DoD will enable the researchers to advance those efforts and prepare the vaccine for human clinical trials.

Once the vaccine candidate is optimized, the Lovelace Respiratory Research Institute will conduct advanced testing using more complex scientific models to ensure the efficacy and safety of the vaccine.

“Oftentimes in science, you discover something interesting but never see your discovery get to the point that it impacts society,” said Dr. Klose.

“This is something we discovered in our laboratory, right here in San Antonio, that is now moving one step closer to having a practical outcome of protecting humans against a biothreat.”

The $18 million tularemia contract is a significant accomplishment for the Vaccine Development Center of San Antonio.