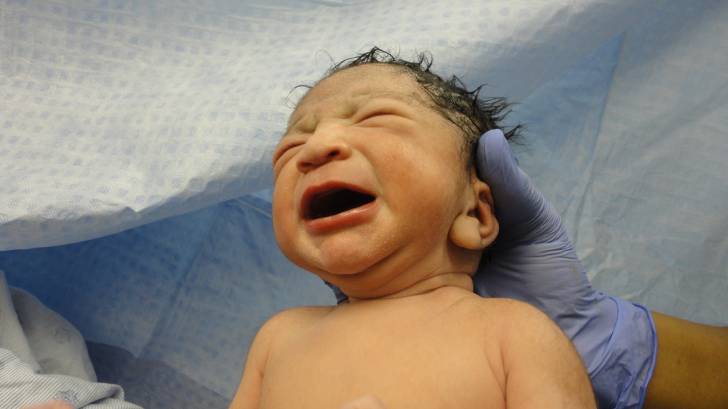 A new oral rotavirus vaccine candidate may be available for infants at birth.

Researchers have successfully developed a rotavirus vaccine, RV3-BB, that may be able to protect newborn babies from this deadly disease, which occurs early in life in infants.

In a recent phase 2 clinical trial, when administered according to the neonatal schedule, RV3-BB had a vaccine efficacy of 94 percent at 12 months of age and 75% at 18 months of age.

The RV3-BB vaccine appeared to be naturally attenuated and adapted to the newborn gut, and was shown to replicate effectively despite the presence of maternal antibodies, said these researchers in the New England Journal of Medicine.

Vaccines for the deadly virus were first launched during the 1970s and are available in around 90 different countries. The World Health Organization (WHO) estimates that more than 90 million children still lack access to a rotavirus vaccine.

According to WHO estimates, 527,000 children aged <5 years die each year from vaccine-preventable rotavirus infections; most of these children live in low-income countries.

These researchers said the barriers to global implementation of the vaccine include cost, suboptimal efficacy in low-income countries, and lingering safety concerns.

Moreover, they say that an oral rotavirus vaccine administered at birth has the potential to address some of these challenges.

Administration of an oral vaccine at the time of birth presents a unique opportunity that may assist the uptake of the vaccine, since the presence of gastric acid is limited at birth, and environmental enteropathy is not yet established.

Because intussusception is rare in newborns, administration of the vaccine at birth may offer a safety advantage.

Wild-type infection with RV3 was reported to provide protection from severe gastroenteritis in the first 3 years of life and resulted in strong heterotypic serologic responses to community rotavirus strains.

Vaccination with RV3-BB is intended to take advantage of the intrinsic characteristics of this novel strain for use in a strategy of vaccination at the time of birth.

This phase 2b, randomized, double-blind, placebo-controlled trial involving 1,649 participants was conducted from January 2013 through July 2016 in primary health centers and hospitals in Central Java and Yogyakarta, Indonesia.

The trial was conducted in accordance with International Conference on Harmonisation Good Clinical Practice guidelines and was monitored by an independent contract research organization (Quintiles).

The National Health and Medical Research Council, the Bill and Melinda Gates Foundation, and PT Bio Farma funded the trial but had no role in the trial design, data collection, or data interpretation, or in the decision to submit the manuscript for publication.